Afghanistan is known for being one of the biggest sources of drugs in the world. Even under the Taliban rule, the country continues to provide all other countries with a variety of drug types that get to be smuggled to all corners of the world. 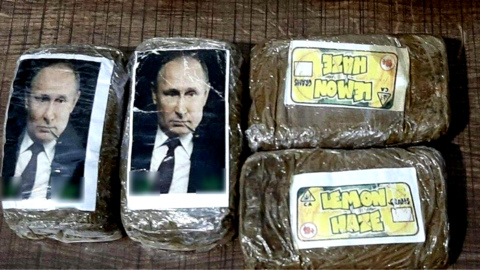 Smuggling drugs is one of the hardest and most secretive missions anywhere in the world since it is illegal in almost every country.

However, a recent video coming out of the eastern border of Afghanistan, the one shared with Iran has shown a number of smugglers as they "shot" drug packages across the border, using a huge slingshot placed up a hill, while two men help each other stretch back so they send the package the furthest distance as possible.

The video has been shared widely on Twitter, as online people described it as "funny" and "unusual," given the huge effort put into the simple method of smuggling illegal drugs.

Theres a slinger on the other side too...money flies 😂

It remains unknown what type of drug was sent over to Iran from Afghanistan, but it is worth noting that possessing and consuming drugs is illegal in both countries with Islamic governments that are often perceived as one of the most strict ones in the region.

According to a 2021 UN report, Afghanistan is one of the main producers of heroin, opium, cannabis, and other drug types.