Lebanese Lawmakers in US to Discuss Hezbollah, Israel 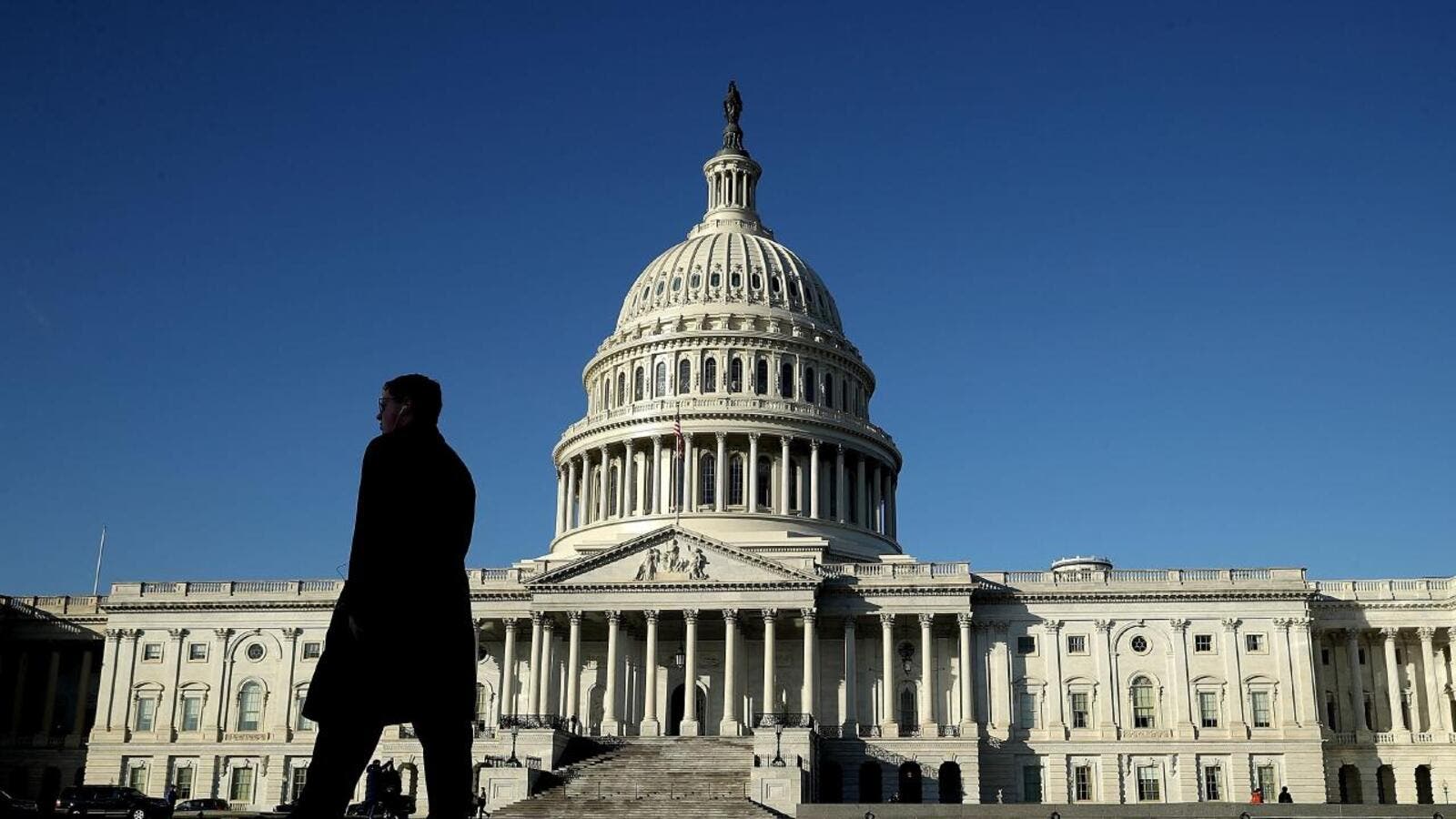 The US Congress building in Washington. (AFP)

A number of Lebanese lawmakers will head to Washington Saturday to participate in a parliamentary conference organized by the World Bank and the International Monetary Fund.

The MPs will also meet with members of Congress, the Department of State and the U.S. Treasury to explain Hezbollah’s role in the Lebanese government and stress that the country does not seek war with Israel.

MP Yassine Jaber told The Daily Star that these meetings were necessary given pro-Israel lobbying on Capitol Hill for an end to U.S. support for Lebanon over Hezbollah’s presence in the government.

Jaber said this was a routine trip that has been made annually over the last four years in a bid to make Lebanon’s voice heard, as members of Congress have previously pointed out that Lebanese lawmakers were not often seen in Washington.

“When you are absent [from a scene], [false] perceptions become stronger than the reality,” Jaber said.

“Especially when your adversary, Israel, works so hard to do this.”

The U.S. is the biggest donor to the Lebanese Army and has given over $2 billion in military aid since 2006.

The latest donation to Lebanese Army was made Tuesday, when six unmanned aircraft systems valued at around $11 million were delivered, the Army reported at the time.

“We will of course say thank you for the support to the Army, which is so important to us, and we will clarify that it’s not Lebanon who wants war,” Jaber said.

“We are going on 13 years of complete stability along Lebanon’s southern border,” Jaber said, adding U.N. peacekeepers in Lebanon play a large part in maintaining this stability.

Next week’s visit to Washington is not related to the U.S. diplomat’s trip. Jaber said the conference invite was sent over a month ago.

In his capacity as chairman of the Parliament’s Foreign Affairs and Expatriates Committee, Jaber has meetings lined up with members of the U.S. appropriations committees and the foreign relations committees, he said.

At the World Bank and IMF, the MPs will explain what Parliament has done on the legislative side to carry out reforms badly needed to rise out of the Lebanon’s dire economic situation.

Lebanon is over $80 billion in debt and possesses the world’s third largest debt-to-GDP ratio.

MP Ibrahim Kanaan, chairman of the Finance and Budget Committee, will also be part of the U.S.-bound delegation. He is expected to speak on what his committee has recommended in order to reduce Lebanon’s annual budget deficit as part of the yet-to-be-passed 2019 budget.

The fact that the World Bank’s MENA region headquarters is in Beirut means Lebanon now has a “special relationship” with the international financial institution, Jaber said. The World Bank was the largest single donor at the CEDRE conference in Paris last year, when over $11 billion in grants and soft loans were pledged to Lebanon.

“We have political, economic, financial and military ties with the U.S., so the trip is a chance to assess these ties,” Jaber said.