Lebanese Security Imposes Curfew on People Who Refuse The Jab

Lebanese security services have imposed a three-week curfew for unvaccinated residents, with fines for those who break it, from 5 p.m. to 6 a.m. until Jan. 9, 2022, amid rising cases across the country. 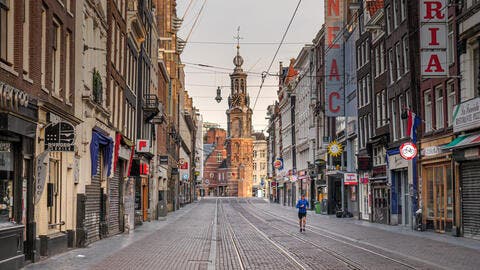 The committee that follows up on coronavirus disease preventative measures said it would exclude those “with at least one vaccine dose or a negative PCR test in the last 48 hours and children under 12.”

Lebanese security services have imposed a three-week curfew for unvaccinated residents, with fines for those who break it, from 5 p.m. to 6 a.m. until Jan. 9, ... pic.twitter.com/RmayuFZhRm

On Friday, the Ministry of Public Health reported 1,912 new COVID-19 cases, mostly in people between 30 and 39 years old, some of whom had received three vaccine doses. In addition, 14 deaths were recorded.

The ministry said: “We have had 22,168 active cases these last 14 days,” adding only 34 percent of people had received two vaccine doses, with the lowest vaccination rate recorded in the Bekaa region.

Lebanese Red Cross Secretary-General George Kettaneh said that “ambulance teams transport 80 to 100 cases to hospitals every day, while over 1,200 oxygen concentrators have been distributed.”

So far, Lebanon has had 60 cases of the new omicron variant, but Lebanese Health Minister Firass Abiad noted it is “rapidly spreading … two and a half times faster than the delta variant.”

Those who have received three vaccine doses have greater protection against omicron, he added.

Lebanon fears yet another outbreak over the holidays, particularly since the medical sector is exhausted amid shortages in staff, fuel, oxygen, medical supplies and medicines.

Suleiman Haroun, head of the Syndicate of Private Hospital Owners, said: “Hospitals are still able to accommodate patients, but they are of course under a lot of pressure, especially since 80 to 90 percent of COVID-19 beds are occupied.”

Haroun added: “We fear the numbers will rise. The majority of cases currently do not require intensive care, but some patients are staying up to three weeks in the hospital.”

In a bid to avoid an outbreak over the holidays, the committee that follows up on COVID-19 preventative measures imposed a limit of 50 percent capacity at any venue.

In addition, nightclubs, restaurants and hotels will deny entry to those without at least one COVID-19 vaccine dose or a negative PCR test in the past 48 hours.

Political observers ruled out the possibility of this affecting the work of the Cabinet, which has been paralyzed since mid-October.

Curious to see how Lebanon's curfew for the unvaccinated will be implemented. It starts tonight and lasts until January 9.
Unvaccinated people have to provide a negative PCR test that is less than 48 hours old. https://t.co/pTrMvCcXry 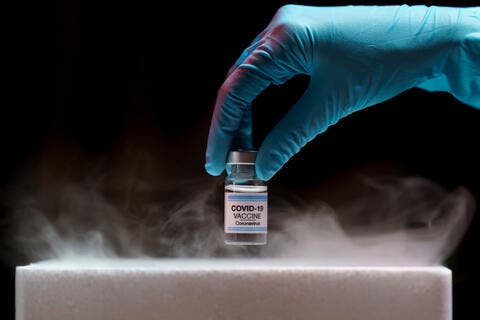 The Canadian Embassy in Lebanon has urged Canadian nationals to “exercise a high degree of caution in Lebanon due to an unpredictable security situation and the risk of terrorist attack.”

The embassy advised people to avoid certain areas, namely the southern suburbs of Beirut, Tripoli, Baalbek-Hermel, all Palestinian camps and areas south of the Litani, “due to the presence of armed groups and the risk of violence from organized crime, kidnappings and threat of terrorist attacks.”