Lebanon Hints at Possible Accord With Israel on Sea Border

Published July 7th, 2022 - 06:41 GMT
Lebanon's newly-formed government held its first meeting to discuss ways of rescuing the country from one of its worst ever economic crises. (Photo by Anwar AMRO / AFP)

President Michel Aoun has reassured that the sea border negotiations between Lebanon and Israel “will be finalized soon” and that “the solution will satisfy everyone.” 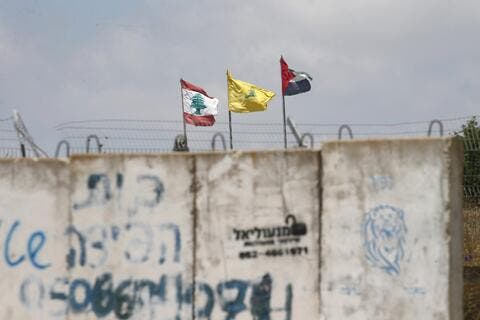 “Border demarcation is making progress and we will soon finalize it,” Aoun said in an interview on OTV.

“I believe finalizing it will not take a long time,” he added.

#Lebanon’s prime minister criticizes as risky and unacceptable any unofficial dealings over its sea border row with #Israel, after Hezbollah sent three drones towards an Israeli gas rig that were shot down.https://t.co/4uCkdeXmEF

Asked whether the solution will be in Lebanon’s interest, Aoun said “certainly.”

“It will definitely be in everyone’s interest. We are demarcating a border and the two parties must be satisfied with the solution when we reach it, or else it wouldn’t be a solution, but rather hegemony by one party over the other,” the President added.

Asked whether the Greek ship is “operating” in the Karish field, the President said it had been operating but that he does not know whether it continued operating after Hezbollah sent the three drones on Saturday.

“We will reach a solution in a short period and I believe that we have almost reached an understanding with the Americans, who are mediating between us and Israel,” Aoun said.

“I don’t know when exactly, but the process will be successful. We will reach a solution that satisfies everyone,” the President reassured.

Responding to a question, Aoun said “if the atmosphere wasn’t positive, we would not have continued with the negotiations.”