Lebanon security measures have risen in several Lebanese regions after violent fuel clashes in gas stations, where sticks, knives and other weapons were used. 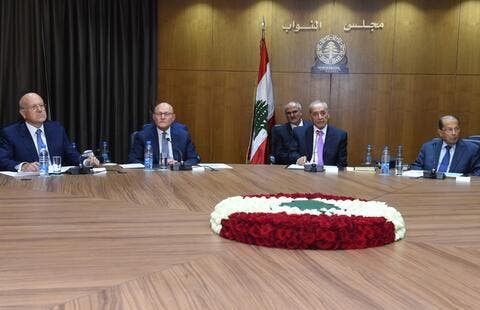 In Lebanon a New Cabinet is Not Expected Anytime Soon

On Saturday, Baalbek and neighboring towns were plunged into darkness due to a decrease in production of the Al-Zahrani thermal plant by almost 150 megawatts.

Jihad Salem Al-Husseini, a dentist, said: “My work has worsened a lot. I bought a private generator and put it on the roof of the building in which my clinic is located in Beirut, after the owner of the generator with whom I was subscribed asked me to pay 7 million Lebanese pounds per month. He refused to provide me with electricity during the day, saying that he decided to run his generator only at night due to the diesel shortage.

“The crisis is affecting everything. The loss of electricity is one of the crises.”

The electricity crisis has hit many businesses, including barber shops. In light of the power outages that led to the disuse of air conditioners, scenes of customers sitting on chairs in front of barber shops have become common. Many barbers have moved their morning shifts to the evening.

Hair stylist Mohammed Issa said: “Due to power outages, I had to raise my prices from 5,000 to 25,000 Lebanese pounds for a blow dry. The situation is very difficult.”

Meanwhile, growing tensions resulting from the acute cost-of-living crisis Lebanon is facing have begun to threaten security stability and civil coexistence. Violence erupted between residents of two southern towns, which led to the injury of six people as a result of a dispute over fuel.

Commenting on the violence, Raif Younan, mayor of Maghdouche, a predominantly Christian town east of Sidon, said: “No one will be allowed to harm the people or their properties.” The head of the Lebanese Forces party, Samir Geagea, called on the national army to “maintain security in the villages east of Sidon.”

The price of one fuel gallon has risen by 65 percent after the gradual lifting of subsidies. The price of one gallon of diesel has increased by 69 percent, while the price of a fuel gallon on the black market recently reached about 600,000 Lebanese pounds. Fuel is more commonly sold at stations for 133,000 pounds, after regular 10-hour waiting periods.

Expect this to get worse with State and Army losing its grip: pic.twitter.com/9tXXAo1v5R

According to a statement by the Lebanese Army, “two citizens who were causing trouble in front of gas stations in the towns of Taalbaya and Bar Elias in central Bekaa were arrested. Weapons and ammunition were seized in their possession.”