Published June 15th, 2021 - 08:05 GMT
British Prime Minister Boris Johnson on Monday announced a four-week delay to the full lifting of coronavirus restrictions for England due to a surge of infections caused by the Delta variant. Jonathan Buckmaster / POOL / AFP
Highlights
England was due to see lifting of its final coronavirus lockdown restrictions on June 21

British Prime Minister Boris Johnson announced Monday that the much-anticipated full lifting of all coronavirus lockdown restrictions in England on June 21 will be delayed by four weeks to July 19 due to rising cases of the Delta variant. 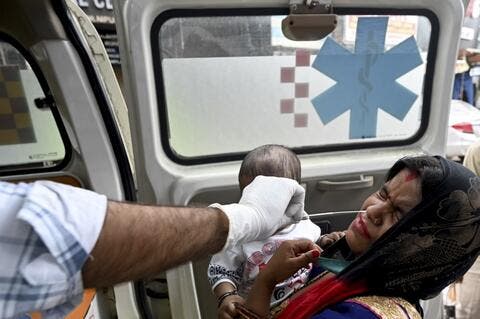 Johnson said at a press conference that owing to the speed of the UK’s vaccination program, Britain had one of the most open economies and societies in Europe but that this has “inevitably been accompanied by more infection and more hospitalisation.”

"Now is the time to ease off the accelerator," he said.

Every UK news show should be pointing this out today👇
pic.twitter.com/i5SnMnnZoe

The prime minister said he wanted progress to be “cautious but irreversible.”

The extra four weeks will give the health service more time to double-jab the population.

Johnson also announced an acceleration of the country’s vaccination program, with people over 40 now having to wait just eight weeks for their second jab rather than 12 weeks, and 23 and 24-year-olds will be offered vaccines from tomorrow.

He also brought forward the government’s commitment to offer every adult over 18 years old a vaccine by the end of July to July 19.

This means two-thirds of adults will have been offered both doses by July 19.

There were tweaks to the current set of lockdown rules, including the lifting of the 30-person limit for weddings.

There will also be more pilot schemes for mass events, including the Euro 2020 football tournament.

The decision will be met with dismay by the entertainment and hospitality sectors, which had pinned their hopes on June 21 being the end of lockdown restrictions and had called on the government to keep to that date.

More than 40,000 people could die this summer as the Delta variant of coronavirus sweeps through the UK, even after Boris Johnson’s decision to delay the lifting of lockdown restrictions by four weeks to 19 July, scientists have warned.https://t.co/hi78dby9sE 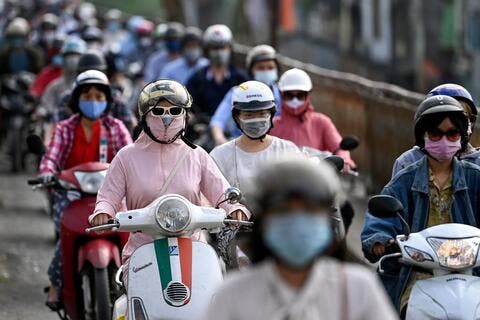 Vietnam Discovers a New Variant of The Indian and UK Covid Strains
— The Independent (@Independent) June 15, 2021

The four-week delay will face a vote in parliament. Despite a significant minority of Johnson’s own Conservative Party being opposed to the continuation of lockdown measures, the prime minister’s proposal will easily pass with the support of the opposition Labour Party.

Johnson said the UK could not eliminate COVID and must learn to live with it.