French President Emmanuel Macron appointed Labor Minister Elisabeth Borne to be the country's next prime minister on Monday, making her the first woman to run the French government in three decades. 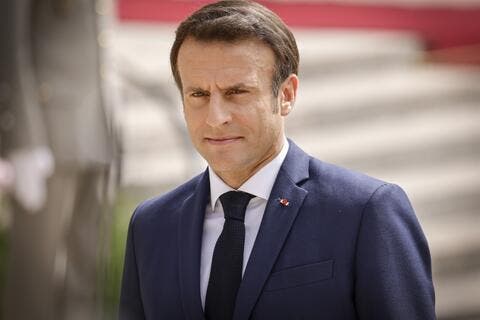 Macron Vows For a 'Stronger France' After Being Reelected

In a brief inaugural speech, Borne dedicated her nomination "to all little girls." She also pledged to help France act "faster and stronger" to fight climate change and promised to protect the country's purchasing power.

Congratulations on being named Prime Minister of France, @Elisabeth_Borne – and on becoming the second woman to take on the role. Our two countries are close friends and strong partners, and I’m looking forward to working together and building on those historic bonds.

Borne, 61, will take over after Prime Minister Jean Castex resigned Monday in response to Macron's re-election last month. The resignation paves the way for Macron to overhaul his Cabinet for his second five-year term, which he won with 58.5% of the vote over far-right opponent Marine Le Pen.

Borne is considered close to the Socialist Party. She has served in various areas of Macron's government since his election in 2017, including transportation, the environment and labor. Many believe Borne's appointment is meant to appeal to left-leaning voters ahead of June's legislative elections that will determine control over Parliament and the National Assembly.

"Macron still has an election coming up, and so the wolf must act like a sheep," said Francois Ruffin, a lawmaker for the left-wing France Unbowed party. "Once he has a majority in the National Assembly, the wolf will become a wolf again," Ruffin told RTL radio.

The only other woman to serve as prime minister in France was Edith Cresson under President Francois Mitterrand in 1991 and 1992. After speculation over Borne's appointment, Cresson said Saturday she resents questions that imply "appointing a woman is taking a risk."

France's president has appointed Elisabeth Borne as the new prime minister. She becomes the second woman to hold the post in the country. https://t.co/Y0Dxs91SmN

"There is something that bothers me in your question, because France is the only comparable country where it arises. Has it been asked in the United Kingdom, where Margaret Thatcher exercised power for 11 years? In Germany, where Angela Merkel was chancellor for 16 years? Never," Cresson said.

Russia cuts off power supplies as Finland's ruling party backs NATO bid
"I know Mrs. Borne is a remarkable person with experience. I think it is a very good choice."