Published May 3rd, 2022 - 09:15 GMT
People evacuated from Mariupol's Azovstal plant arrive on buses at a registration and processing area for internally displaced people in Zaporizhzhia on May 3, 2022. The UN says 101 civilians have been "successfully evacuated" from Ukraine's besieged and battered port city of Mariupol in a joint effort with the Red Cross. (Photo by Dimitar DILKOFF / AFP)

Humanitarian officials said Tuesday that they have helped dozens of civilians evacuate from a strategic port city in the south of Ukraine, which is under continuous Russian attack, but there are still hundreds in a stronghold there. 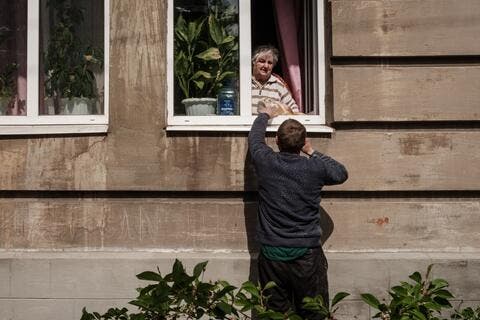 For weeks, civilians and some Ukrainian troops have been held up at the Azovstal steel plant in Mariupol. Russian forces declared victory in the city a couple weeks ago, but troops resumed attacking the facility this week.

“My apartment was bombed, so we ran to my parents’. Later, it was bombed, too.” Civilians fleeing the Russian-occupied city of Mariupol and other areas of eastern Ukraine crossed the front line into Zaporizhzhia in the country’s southeast. https://t.co/FrEwvLCiuH pic.twitter.com/vLVLTeZQtn

Humanitarian officials said there were about 200 civilians still in the plant by late Monday. Ukrainian soldiers there have refused to surrender to Russian forces, an official said.

Mykhailo Vershynin, head of the Donetsk regional patrol police, said the remaining civilians include a number of children. He also said that a convoy of buses failed to leave Mariupol on Monday for Zaporizhzhia, as previously planned.

The Russian Defense Ministry said that Ukrainian civilians had left the steel plant last weekend and that some traveled to Ukrainian-controlled territory with the help of the United Nations and the International Committee of the Red Cross. Others, Russian officials said, were moved to Russian-controlled areas.

Russia's military has been in Mariupol virtually since the start of the invasion on Feb. 24. It's considered a strategically important city in Ukraine, as it offers access to Crimea and serves as a geographically important area in relation to eastern Ukraine -- which Russia has said is a critical area in its new phase of the war.

Meanwhile, the European Union on Tuesday appeared to be poised to impose new sanctions on Russian oil sales, following U.S. intelligence reports that Russia is preparing to formally annex Ukraine's Donetsk and Luhansk regions, collectively known as the Donbas.

Buses with evacuated civilians from #Mariupol arrived in #Zaporizhzhia. pic.twitter.com/WTA8KvhHsW

The move comes after Germany, Russia's largest energy customer, supported such a measure in an attempt to discourage Moscow's continued aggression and annexation plans. 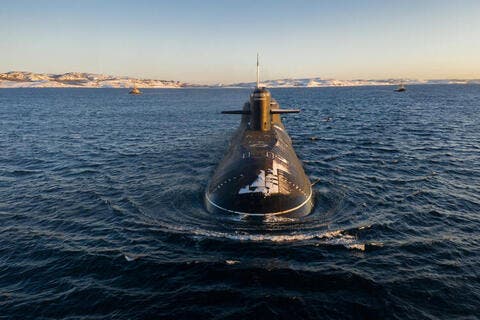 "The reports state that Russia plans to engineer [annexation] referenda upon joining sometime in mid-May," Michael Carpenter, the U.S. ambassador to the Organization for Security and Cooperation in Europe, said according to The Guardian.

Moscow did the same thing in Crimea in 2014 -- organizing a referendum before it took over control of the territory. The move was internationally condemned and is still not recognized by many countries, including the United States.

Moscow said on Tuesday that 1.1 million Ukrainians have been evacuated to Russia since the war started, but Kyiv officials said most of them have been taken by force and have been sent to so-called "filtration camps." Russian officials said of the number of people taken, nearly 200,000, have been children.