MSF: Dozens of civilians wounded in Saudi-led airstrike in Yemen 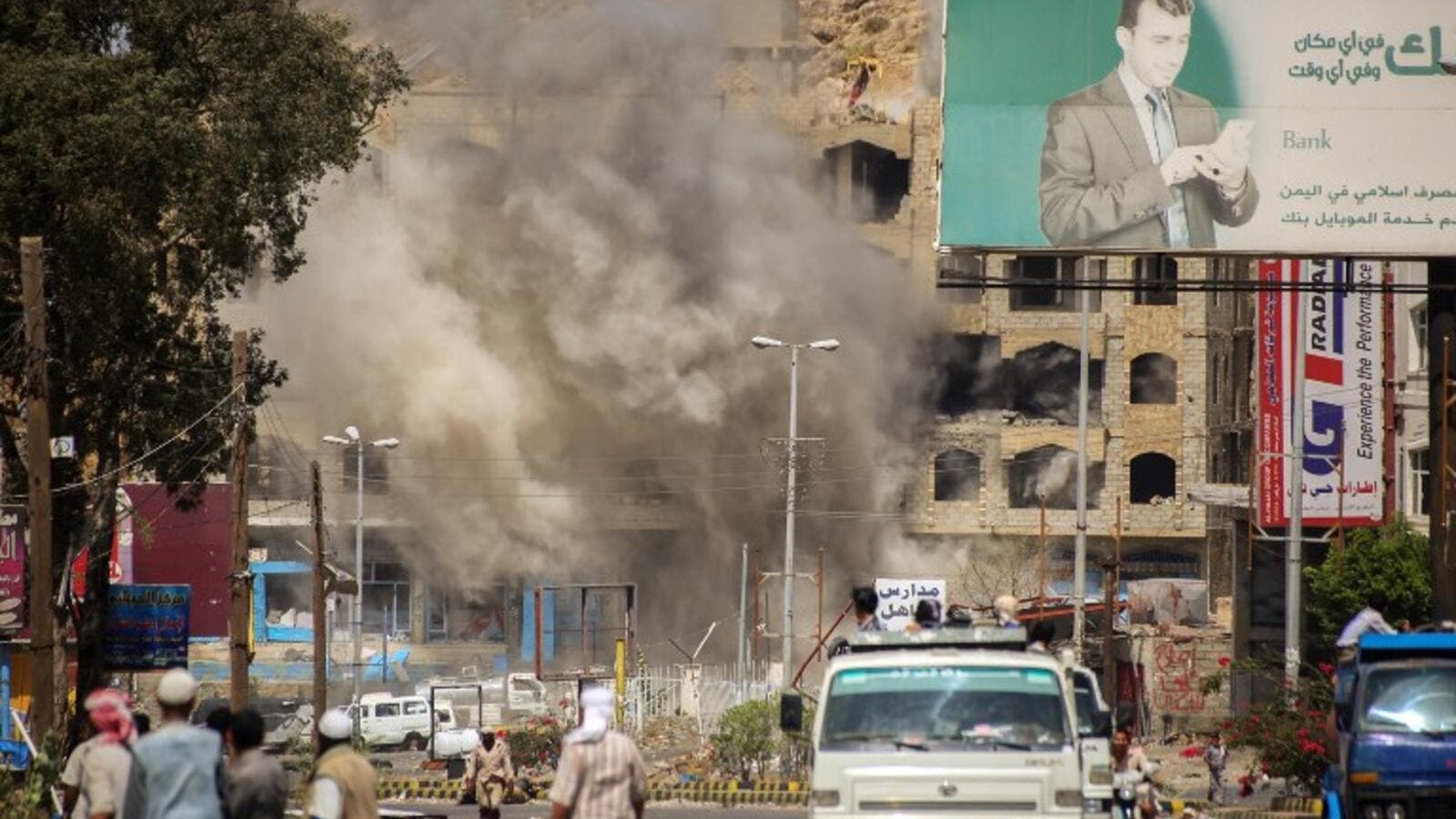 Smoke billows after a mortar shell hit a building in the Beer Basha area in Taiz on March 12, 2016, during clashes between forces loyal to Yemen's Saudi-backed president and Houthi rebels. (AFP/Ahmad al-Basha)

Dozens of civilians sought urgent medical help at a Doctors Without Borders (MSF) hospital in Yemen after being wounded by a Saudi-led airstrike on Haja province on Tuesday, Reuters reported.

MSF said on its Twitter account that more than 40 injured civilians - including women and children, and an eight-year old in critical condition - were admitted to the hospital following an airstrike in Mustaba.

Saba Net, the Yemeni news agency controlled by Houthi forces, reported that 65 people were killed in the attack and 55 further were wounded.

Saudi Arabia began a military intervention in Yemen's civil war one year ago, seeking to push back Iran-backed Houthi rebel forces who overran much of the country, forcing the Saudi-supported President Abd Rabbuh Mansour Hadi into exile.

A United Nations panel in January found that the Saudi coalition had targeted civilians in its airstrikes, saying that some of the strikes could amount to crimes against humanity. Saudi Arabia has denied that it targets civilians.

Since Saudi Arabia began its military involvement in Yemen last March, more than 6,000 people have been killed, at least half of them civilians.