No One Will Bully China From Now on - President Xi

China’s President Xi Jinping says his country will no longer allow any foreign forces to bully and oppress it, warning that anyone who tries to do so will “be badly battered by the Chinese nation’s perseverance.” 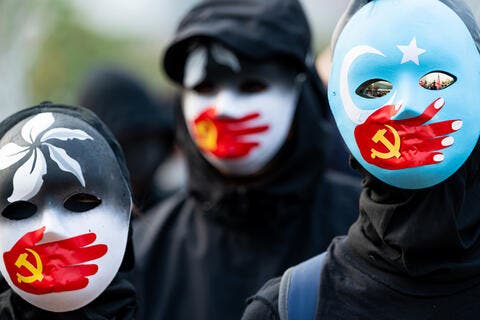 Xi made the remarks during a speech at Tiananmen Square in Beijing on Thursday, as celebrations to mark 100 years since the founding of the ruling party got underway in the Chinese capital.

Xi said the “era of China being bullied is gone forever,” as he stood at the Gate of Heavenly Peace above a portrait of Mao Zedong, adding that, “No one should underestimate the Chinese nation’s will and power to fight against foreign power.”

“We will not accept sanctimonious preaching from those who feel they have the right to lecture us,” he said. “We have never bullied, oppressed, or subjugated the people of any other country, and we never will.”

“By the same token, we will never allow anyone to bully, oppress, or subjugate [China]. Anyone who tries will find them on a collision course with a steel wall forged by 1.4 billion people.”

Xi further hailed the ruling party’s successes since its founding in 1921, saying it had lifted China out of poverty and restored national pride.

Happy 100 years to The Communist Party of China 🇨🇳

“We eliminated the exploitative feudal system that had persisted in China for thousands of years and established socialism,” he said.

“Only socialism could save China and only socialism with Chinese characteristics could develop China,” he added.

Xi further said the party had brought about “national rejuvenation” by lifting tens of millions from poverty and “altered the landscape of world development.”

The “great rejuvenation of the Chinese nation has entered an irreversible historical course,” he said, and pledged to continue to build a “world-class” military to defend national interests.

The Chinese president also warned that any attempt to separate the ruling party and the people was “bound to fail,” and said the party had achieved its goal of building a “moderately prosperous society in all respects.”

Elsewhere in his remarks, Xi reiterated longstanding pledges to “restore” Chinese Taipei (Taiwan), stressing that the reunification of the self-ruled island with the mainland remained an “unshakeable commitment.”

“No one should underestimate the resolve, the will and ability of the Chinese people to define their national sovereignty and territorial integrity,” he said.

China has pursued reunification with Chinese Taipei ever since the island broke away from the mainland during a civil war in 1949.

The centenary celebrations in Beijing began with a fly-by of helicopters in formation spelling “100” in the skies above the cheering crowds, trailing flags and colored smoke over Tiananmen Square, and a 100-gun salute followed.

The entire nation has been mobilized to observe the day — from the giant city of Shanghai,  where the Communist Party of China (CPC) was founded and the first party congress was convened — to small towns in the country. There were also trumpets and horns blasting communist songs.

Xi, who removed a two-term limit on the presidency and is considered the country’s most powerful leader since Mao, was joined by other senior leaders on the southern ramparts of the Forbidden City.

His statements were met with rapturous applause by the tens of thousands of the CCP members in attendance. 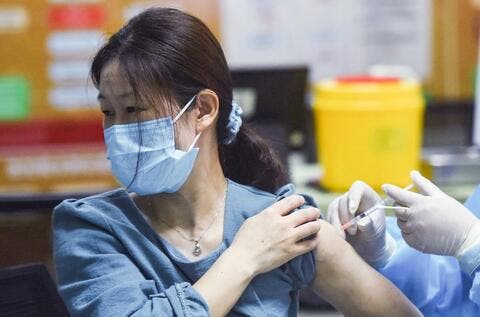 100th anniversary of the Communist Party of China.

This is not Chinese newspaper but Indian newspaper 'The Hindu'.

China’s ruling party defeated the nationalists in the country’s civil war in 1949, and Mao declared the People’s Republic of China with the goal of lifting people out of crushing poverty. China is now the world’s second-largest economy.