'No Violation of Law': US Clarifies Over Kabul Drone Strike That 10 Killed Civilians

Published November 4th, 2021 - 08:09 GMT
A US drone strike in Kabul in August that killed 10 Afghan civilians was a tragic mistake but did not violate any laws, a Pentagon inspector general said November 3, 2021 after an investigation. (Photo by WAKIL KOHSAR / AFP)
Highlights
A US drone strike in August killed 10 Afghan civilians.

A US drone strike in August that led to the deaths of 10 Afghan civilians, including three men and seven children, was an "honest mistake," a Pentagon inspector said Wednesday. 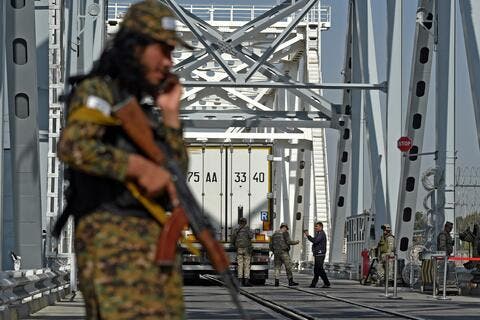 Speaking at a press conference on a classified review of the killings, Air Force Lieutenant General Sami Said blamed "execution errors," "confirmation bias and communication breakdowns" for the civilian casualties.

"The investigation found no violation of law, including the law of war," said Said, adding that the strike "was not criminal conduct, random conduct, negligence."

The US drone strike on Aug. 29 targeted a white Toyota Corolla, wrongly assessing the vehicle, which was heading to Hamid Karzai International Airport in the Afghan capital Kabul, as a threat to US forces withdrawing from the country.

"That assessment was primarily driven by interpretation of intelligence and correlating that to observe movement throughout an eight hour window in which the vehicle was tracked throughout the day before it was ultimately struck.

"Regrettably, the interpretation or the correlation of the intelligence to what was being perceived at the time, in real time, was inaccurate. In fact, the vehicle, its occupant and contents did not pose any risk to US forces," said the inspector.

Thousands of Afghans were seeking to flee the country following the Taliban takeover on Aug. 15 ahead of the US withdrawal from the country by the end of that month.

In September, US Central Command commander Gen. Frank McKenzie laid out the results of the Pentagon's investigation into the strike, acknowledging that the US military made a "tragic mistake" in carrying it out.

US Military watchdog led by US military personnel finds no wrong doing by US military in the August 29th Kabul drone strike that killed 10 Afghan civilians - including 7 children. https://t.co/V3v7gfMNdN 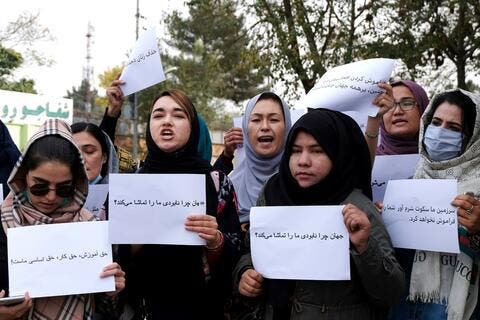 "We now assess that it is unlikely that the vehicle and those who died were associated with ISIS-K, or were a direct threat to US forces," he said on Sept. 17.

McKenzie offered his "profound condolences" to the victims' families and said the action "was taken in the earnest belief that it would prevent an imminent threat to our forces and the evacuees at the airport."