Published October 26th, 2021 - 12:38 GMT
Women hold placards during a protest in Kabul on October 26, 2021, calling for the international community to speak out in support of Afghans living under Taliban rule. (Photo by James EDGAR / AFP)

In a shocking move, the Taliban beheaded a female volleyball player, who’s playing with the girls’ national team, with gruesome photos of her severed head posted on social media, the volleyball player’s coach revealed.

Will The Last Afghan Jew Make Istanbul His Permanent Home?

The volleyball player, Mahjabin Hakimi, is one of the best in the Kabul Municipality Volleyball Club, her coach said to the Persian Independent.

“The Taliban asked our players’ families to not allow their girls to do sport, otherwise they will be faced with unexpected violence.”

The terrifying incident had happened about a month ago according to the coach, but the volleyball player’s family kept her murder as a secret due to safety concerns.

The date of the murder is still unknown. Rumors claim that Hakimi was beheaded on August 13th, days before the Taliban took over the capital Kabul. On the other hand, an expert group suggested that the volleyball player was killed after that date.

Advocates and women's rights activists have slammed the Taliban killing of the volleyball player as a violation of human rights.

The Taliban are still monsters and should never be recognized as legitimate government. https://t.co/g91bjVSxqw

In another side of the country, some Afghan parents are burying their children alive amid fears of severe life conditions under the rule of the Taliban regime.

A shocking video was shared on social media and went viral in a short time showing multiple kids placed in a huge grave while throwing sand on them.

Life; Under the Taliban in Afghanistan
People buried their children alive in protest of poverty. #Taliban #FreeAfghanistan pic.twitter.com/UECo9WliZm 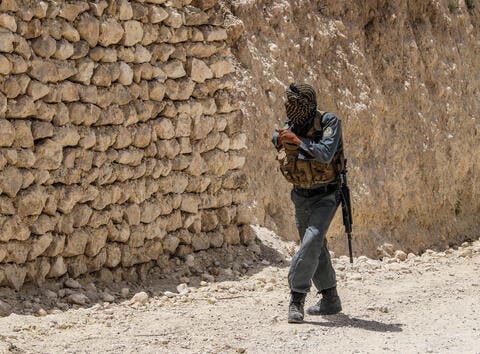 This is life and lives in #Afg #Afghanistan.  buring alive https://t.co/KVaPp0BTyb

Women have been demonstrating in the streets across Afghanistan against the tough decisions imposed on females that ban them from equal opportunities in work and education.

The situation has been deteriorating in Afghanistan following the Taliban militants took over power and ousted ex-president Ashraf Ghani. According to UN agencies, about 23 million people in Afghanistan are likely to face hunger during the upcoming winter due to government instability in the war-scarred nation and economic sanctions imposed on the country.