North Korea hackers have stolen more than £37million worth of cryptocurrency to finance and develop its nuclear and ballistic missile programmes, UN experts have said in a new report. 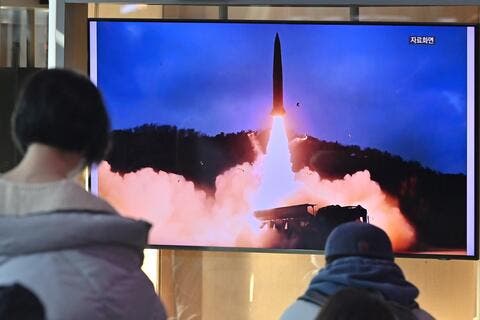 The annual report, by independent sanctions monitors, said there was 'a marked acceleration' of Pyongyang's testing and demonstration of new short-range and possibly medium-range missiles in January, 'incorporating both ballistic and guidance technologies and using both solid and liquid propellants'.

Investigators found that cyber attacks stole more than £37million of digital assets between 2020 and mid-2021 from at least three cryptocurrency exchanges in North America, Europe and Asia.

They also said North Korea 'continued to seek material, technology and know-how for these programmes overseas, including through cyber means and joint scientific research.'

The report was sent to the U.N. Security Council North Korea sanctions committee on Friday.

The report, released last month, said: 'From 2020 to 2021, the number of North Korean-linked hacks jumped from four to seven, and the value extracted from these hacks grew by 40 percent'.

Further to this, a 2019 United Nations report estimated that North Korea had already been able to spend at least $2 billion from the proceeds of cybercrime on weapons.

A 2019 United Nations report estimated that North Korea had already been able to spend at least $2 billion from the proceeds of cybercrime on weapons.

Another UN report said North Korean hackers are now extending their money-making activities to stealing military secrets, which they can then sell.

North Korea has been banned from carrying out nuclear tests and launching ballistic missiles - but they continue to develop them in violation of United Nations Security Council resolutions.

The Security Council initially imposed sanctions on North Korea after its first nuclear test explosion in 2006 and made them tougher in response to further nuclear tests and the country's increasingly sophisticated nuclear and ballistic missile programmes.

North Korea has been ramping up tests of new, potentially nuclear-capable missiles designed to overwhelm missile defenses in the region.

Some experts say Kim is going back to a tried-and-true technique of pressuring the world with missile launches and outrageous threats before offering negotiations meant to extract concessions.

Pyongyang has been stepping up its cybercrime activities. The United Nations has reported 35 countries have been targeted by hackers in the country, that have launched numerous attacks on financial institutions  and cryptocurrency exchanges - earning an estimated $2 billion.

In 2016, an attempt was partially successful in stealing $1 billion from the Bangladesh central bank.

In January 2021, a team of North Korean computer hackers used a fake website to hack other hackers, Google revealed.

Google said at the time the Pyongyang-backed hackers lured computer security researchers to a blog site about hacking using fake social media profiles and then used clandestine methods to infect their computers in order to extract information.

The search engine giant said the scheme, which involved hacking Windows and Google Chrome, was successful at times, but didn't specify the kind of information that was compromised.

Experts say the attacks reflect North Korean efforts to improve its cyber skills and be able to breach widely used computer products, such as the Chrome internet browser and the Windows 10 operating system.

In 2017, North Korea was blamed after a huge ransomware virus called WannaCry swept through 150 countries and hit at least 200,000 targets, from Australian railways to French car plants, all of whose computer systems suddenly froze, replaced by ransom demands to be paid in Bitcoin. 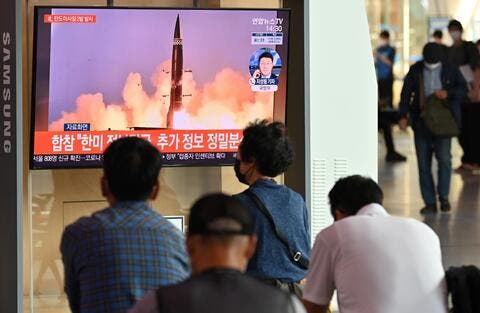 The most alarming target, however, was Britain's NHS, where some 600 organisations within it were affected.

The Government said the attack cost the NHS £92 million, with 19,000 appointments cancelled.