It is common to think U.S. President Donald Trump’s mental health is in shambles. The most fringe sects of society concoct theories about Trump’s mental deterioration, drawing evidence from the explosive book “Fire and Fury: Inside the Trump White House” that details Trump forgetting his friends’ names and faces. The theory goes that Trump is senile and is breaking down in front of the American people.

Most others think Trump is just an unhinged person both mentally and morally—calling Mexicans rapists, bragging about sexual assault, and threatening nuclear war with North Korea via Twitter rant. The New York Times’ recent op-ed sums it up well, asking: “Is Trump Crazy Like a Fox or Plain Old Crazy?” No matter the answer, many aren’t losing sleep over the fact that their president doesn’t follow standard ‘presidential’ protocol of being diplomatic or level-headed.

However to some, Trump’s state of mind is a burgeoning state of emergency. Mental Health experts have been sounding alarms regarding his mental health, and one expert in particular has become the face of this movement. Dr. Bandy Lee is an assistant clinical professor at the Yale University School of Medicine and a specialist in violence prevention. She edited a book questioning Trump’s health, “The Dangerous Case of Donald Trump: 27 Psychiatrists and Mental Health Experts Assess a President.” She emphasizes that, for this interview, she speaks for herself and not for Yale.

However, there is a massive part of the story missing: what fuels Trump's rash behavior? This is less tangible, but potentially much more dangerous.

If Trump as U.S. President is a reflection of American political consciousness, does calling his reported lack of empathy/turns to aggression/lack of central planning also reflect these same characteristics on the american people?

In other words, to what extent does calling this representative mentally dangerous extend to those who voted for him, in part, because of his strongman tendencies that are now being called dangerous?

Certainly a general state of poor public mental health has led to the country’s electing an impaired leader.  Healthy individuals are generally repelled, not drawn to, pathology, whereas less healthy individuals might find violence and destructiveness, for example, very compelling.

On the other hand, the everyday person is not greatly exposed to pathologies, either, and would likely interpret what they are seeing in terms of what they know: variations of the normal, which is usually wide and varied—and so a lot is also missed.  It may take a specialist to recognize abnormality, or signs of pathology, especially when they are subtle.

The particular traits that Mr. Trump has, furthermore, can be confusing: a lack of control can be seen as honesty, tendencies to go into attack mode can be seen as strength (whereas they more often arise from profound feelings of weakness and inadequacy), and the intense desire to 'sense' others in order to overpower them by deceiving and manipulating them can be mistaken for empathy (whereas in fact it is the opposite of empathy, since the goal is to cheat, or to promise one thing and then bring the opposite).

Those who are most subject to this kind of luring and predation are often the most vulnerable, who have been victimized in the past—'the forgotten men and women'—and the magnitude of the deception may conspire with psychological protection mechanisms against pain to avoid seeing the truth, sometimes at all cost."

Does this explain how Trump 'feeds' his base?

"Yes, this explains the undying devotion of some members of his 'base', regardless of the policies that are revealed (for example, his billionaire cabinet that is greater than any “swamp” in history, a tax reform that essentially steals from the poor to give to the rich, or repeated attempts at healthcare reform that would only take away from those who have little).

All Mr. Trump needs to do is to give out the most meager evidence—crumbs—that he is “working for them,” and they will desperately gather them as proof that they were correct about him. Mental health professionals who are familiar with these patterns may attempt to educate and to warn the public, but it is an uphill battle (note that I have received death threats). Realization of reality is too painful at the moment, and difficult because of widespread corruption and exploitation of this social-psychological dynamic.

The best we can do in such a situation is to try to remove the pathogen (the pathology-causing agent) as soon as possible to allow for healing and recovery. It is a truly heartbreaking situation, and his greatest supporters are victims, not necessarily those we should fault."

In voting for him though, Trump's base could have actually been empowering themselves by putting a brute in power that speaks to their anger directly and in a way no other politician would dare do.

In this sense, their anger incentivizes Trump to continue being rash and aggressive because that’s what his voters want to see. So do you think they are truly powerless or do they maintain a more terrifying power that is shown through a kind of rage?

In other words, who do you think is truly more mentally unwell in this feedback loop?

"There is absolutely an element of this, a 'symbiosis' that consists of mutual confirmation and support of pathology.

Offender- and victimhood can manifest as two sides of the same coin in both the president and his “base,' and there are many dynamics underlying it. I describe his supporters as victims because they are genuinely loyal to the president, precisely for his hypnosis and deception (he claims to serve some historic 'America' and 'traditional' notions such as policing through force, the military, and Christianity).

He thrives on their adoration, and in turn gives them what they emotionally need: authority and 'power' (in quotes because it is not true power) they can identify with, a feeling of superiority against an 'out group' that they can exclude and oppress (as an antidote to their own sense of inferiority), and an avenue for ventilating their anger and grievances.

The drive to satisfy their frustration and rage supersedes any reasoned thought of self-interest, and as long as the 'leader' is in position, they will offer their blind allegiance, even if it practically hurts them and worsens the conditions that enraged them in the first place.

It is a very destructive course with a universally damaging outcome for all those involved, which is why we do not count it among the wide range of normal, healthy behavior (which brings thriving and enhances life) but count it as disease (which brings damage, destruction, and death)."

Do you think claims of his mental health ultimately stem from ideological differences and party affiliation?

"A crucial component of societal unfolding of this course is an impaired, destructive leader gaining power. It should not be mistaken for a political movement or ideology, as it is the institution of a diseased mind in a leadership position, supported by his like-minded base and a silent or complicit majority, that gives rise to the situation—almost regardless of ideology.

It should be noted here that most mental impairments are not destructive toward others in this way; usually, it is the afflicted individual who suffers, but also may develop strengths from overcoming that suffering such as compassion and empathy, which are desirable leadership qualities. Most destructive and violent individuals, in fact, do not suffer from a diagnosable mental illness, and most mentally ill individuals are more likely to be victims than perpetrators of violence.

Destructive individuals like those I outline above are common in society, but usually society contains them in jails and prisons. When the state of societal mental health is poor, society begins to revere, rather than scorn, them for their qualities." 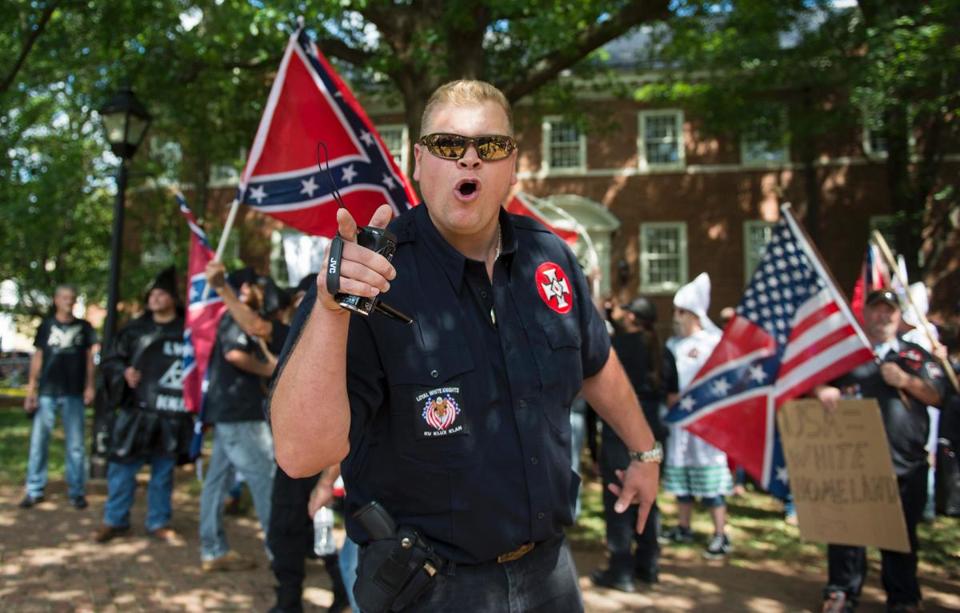 (Dr. Lee then concludes her thoughts on the general mental health of the U.S.)

"It is important that you have said what you did because the two—Trump’s mental health and his voter base—are not separable.

You must note: mental instability in the leader and poor mental health of the public create a malignant symbiosis, and Mr. Trump himself would not be dangerous if he were not in this feedback loop.

Also, mental impairment and criminal-mindedness are not mutually exclusive, either, but create an even more dangerous situation. Stating that Mr. Trump is mentally unstable does not exonerate him from wrongdoing, and it does not solve the problem. In fact, my work in violence prevention over the last twenty years can be said to be devoted to improving public mental health, precisely because I have been concerned about its decline, mainly through conditions of increasing inequality.

As I note in the book, 'The Dangerous Case of Donald Trump,' we are speaking about the larger context that gave rise to his presidency, as well as the greater population that he has affected by virtue of his position. The ascendancy of such an impaired individual speaks to the nation’s general state of public mental health, certainly, and the general population will remain long after he is gone (and has worsened their condition).

Nevertheless, it does not negate the fact that he is very unstable and yet in charge of a nuclear arsenal that could put an end to the human species—and this is the most immediate emergency."