Ousted Myanmar leader Aung San Suu Kyi has missed her court hearing on Monday to face criminal charges but was taken home after she abruptly became ill, her attorney said. 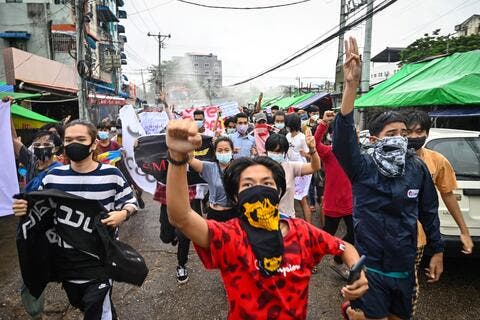 Suu Kyi, who was arrested during the military-led coup in February, was due in court to resume her trial on charges of possessing unauthorized communication devices. She also faces multiple other and separate charges.

Lawyers said ousted Myanmar leader Daw Aung San Suu Kyi was feeling well Tuesday and attended court proceedings in Naypyitaw in cases filed against her by the junta. The scheduled hearing on Monday was postponed as the 76-year-old was sick. #WhatsHappeningInMyanmar pic.twitter.com/yb94tZuuug

Her attorney said Suu Kyi became sick while riding to the courthouse on Monday. Car sickness and rhinitis, an inflammation of the nose, were said to be her main symptoms.

Attorney Khin Maung Zaw said she's been in good health since her hearing was postponed due to a surge in COVID-19 cases in July.

"It's not that she's in terrible health. She's just feeling sick and dizzy," Zaw told Myanmar Now. "She's got a runny nose too... She doesn't have any major illness though."

Suu Kyi, who is fully vaccinated, has been under house arrest since the military junta overthrew her government during a coup on Feb. 1. She also faces charges of sedition and violating COVID-19 restrictions.

Suu Kyi, 76, is scheduled to appear again on Tuesday for an incitement charge and two COVID-19 breaches.

Aung San Suu Kyi denies rumors that Myanmar junta has reached out to meet with her. Through her lawyers, she says it hasn't. https://t.co/bnUeAxc7fc pic.twitter.com/9dqrqc0csR 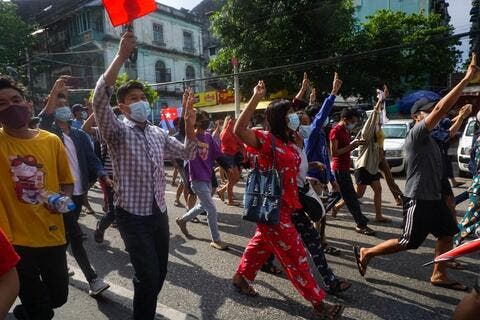 The military has called the election fraudulent and the results illegitimate.

The military junta has killed hundreds over the past seven months during violent suppression of protests. Last week, pro-democracy advocates urged for peace and calm after the main opposition group called for a "resistance war" against the military government.