Published August 18th, 2021 - 06:04 GMT
Palestinian mourners carry the body of Raed Abu Seif and Saleh Ammar (R), two of four Palestinians killed in clashes with Israeli security forces earlier in the day, during their funeral in the Jenin refugee camp in the north of the occupied West Bank on August 16, 2021.

The Palestinian envoy to the United Nations discussed the organization's failure to hold Israel to account over its various human rights violations against Palestinians in West Bank as they will embolden the regime to press ahead with its violations of international law. 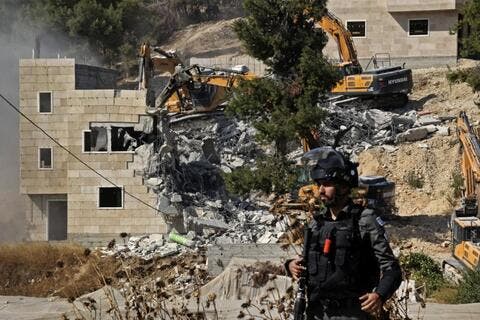 The Palestinian diplomat referred to the fatal shooting of four young Palestinian men by the Israeli army and the regime’s refusal to hand over the bodies of two of them to their families as a flagrant violation of human rights and international humanitarian law.

The four were shot dead early on Monday during confrontations with the Israeli army at the Jenin refugee camp in the north of the occupied West Bank.

Saleh Mohammed Ammar, 19, and Raed Ziad Abu Seif, 21, were shot and died from their wounds shortly after arriving at the Jenin city hospital, according to an unnamed Palestinian medical source.

The bodies of the two other men, one identified as Noor Jarrar and the other as Amjad Iyad Azmi, were taken by Israeli forces.

At least two other Palestinians were arrested.

BREAKING | Four #Palestinian teenagers have been shot dead by the Israeli occupation forces in Jenin, north of the occupied West Bank. The four were identified as Nour Jarrar, Raed Abusaif, Amjad Hussainiya, and Saleh Ammar. pic.twitter.com/SuKtpAGqRO

Mansour called on the international community, the Security Council in particular, to take immediate action and put an end to Israel’s killing of Palestinian civilians, saying the world body is required to provide protection for Palestinians in accordance with international law and to utilize the International Criminal Court (ICC) to ensure justice for the victims of the Tel Aviv regime’s occupation.

He also touched on Israel’s policy of displacement through demolishing homes and destroying Palestinian-owned properties in East al-Quds, saying more than 700 Palestinians are at risk of large-scale displacement in Silwan neighborhood alone.

He said Israeli forces demolished a residential building in Silwan neighborhood on August 10, displacing 12 members of a family. They displaced another 25 people the next day after forcing them to demolish their home themselves in Beit Hanina neighborhood.

Mansour referred to Israel’s recent announcement of plans to build more than 2,000 settler units in the occupied West Bank, saying such a measure shows the regime has not stopped its campaign of annexing Palestinian lands. 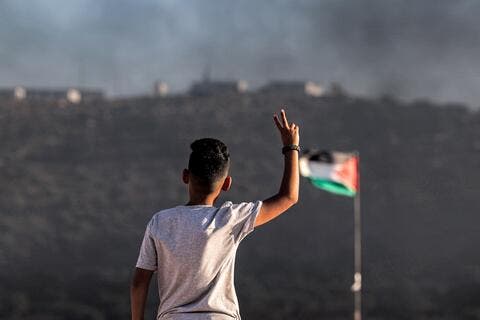 Turning to the Gaza Strip, the Palestinian UN ambassador said that the besieged coastal enclave has been subjected to numerous Israeli airstrikes that have caused enormous damage to civilian infrastructure there.

The repeated bombings of the Gaza Strip by Israeli warplanes, coupled with around 15 years of brutal siege, have resulted in an unimaginable level of human suffering in the impoverished sliver, Mansour said.