Published November 28th, 2021 - 11:43 GMT
Palestinian president Mahmud Abbas gives a joint statement with the US secretary of state, on May 25, 2021 at the Palestinian Authority headquarters in the West Bank city of Ramallah. / AFP / POOL / Alex Brandon
Highlights
Letter focuses on efforts towards realising peace according to two-state solution 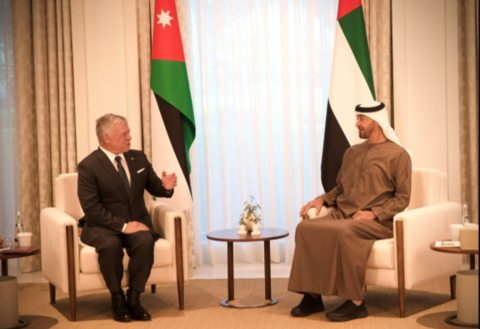 The letter focused on efforts towards realising a just peace according to the two-state solution, as well as ensuring economic support for the Palestinian National Authority, according to a Foreign Ministry statement.

The letter reiterated that Jordan devotes all capabilities to support the Palestinians to meet all their legitimate rights.

Abbas conveyed his greetings to His Majesty, voicing appreciation for the Kingdom’s unceasing push to supporting the Palestinians’ fair cause and legitimate rights.

During joint press remarks with Palestinian Foreign Minister Riyad Al Malki, Safadi said that the visit is part of the Kingdom’s ongoing efforts to coordinate moves intended to support the Palestinians, ensure “a genuine political horizon” towards realising a just and fair peace according to the two-state solution that leads to the establishment of an independent Palestinian state on the pre-1967 lines with East Jerusalem as its capital, the sole way to peace.

The meeting with Abbas focused on three aspects, the first of which “to continue coordinating efforts to ensure the necessary economic support for the Palestinian National Authority”, he said, highlighting “there are considerable economic pressures that should abated”.

He added that the second aspect is related to maintaining calm, noting “this is a common objective”. Safadi added that maintaining calm requires refraining from illegal measures that could undermine peace opportunities, as well as respecting the historical and legal status quo at Al Aqsa Mosque/Al Haram Al Sharif.

The third aspect is related to “realising a political horizon”, he said, calling for pushing forward to achieve regional and international momentum that could pave the way for the two-state solution.

“We see eye to eye on all these themes, and work in full coordination and continuous consultation,” he said.

Talks during the meeting also went over the necessary support for UNRWA and the Sheikh Jarrah neighbourhood, with Safadi emphasising the importance of these two issues for Jordan and highlighting the Kingdom’s efforts in this arena.

Safadi also referred to ongoing coordination and partnership with Egypt, in coordination with the international community, to break the stalemate to push forward for a fair and comprehensive peace, a joint strategic choice.

Malki said that the meeting is meant to complete the continuous discussions and consultations between the two sides. 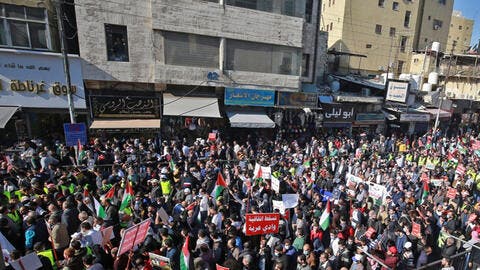 The in-depth meeting between Abbas and Safaadi covered several issues, Malki said, noting that the two sides attempted to put a shared vision on joint action for the next stage to encounter challenges facing the Palestinian cause.

He also expressed appreciation for King Abdullah’s distinguished role in defending the Palestinian cause and Palestinians rights.