Palestinians: US Can't Achieve Peace on its Own 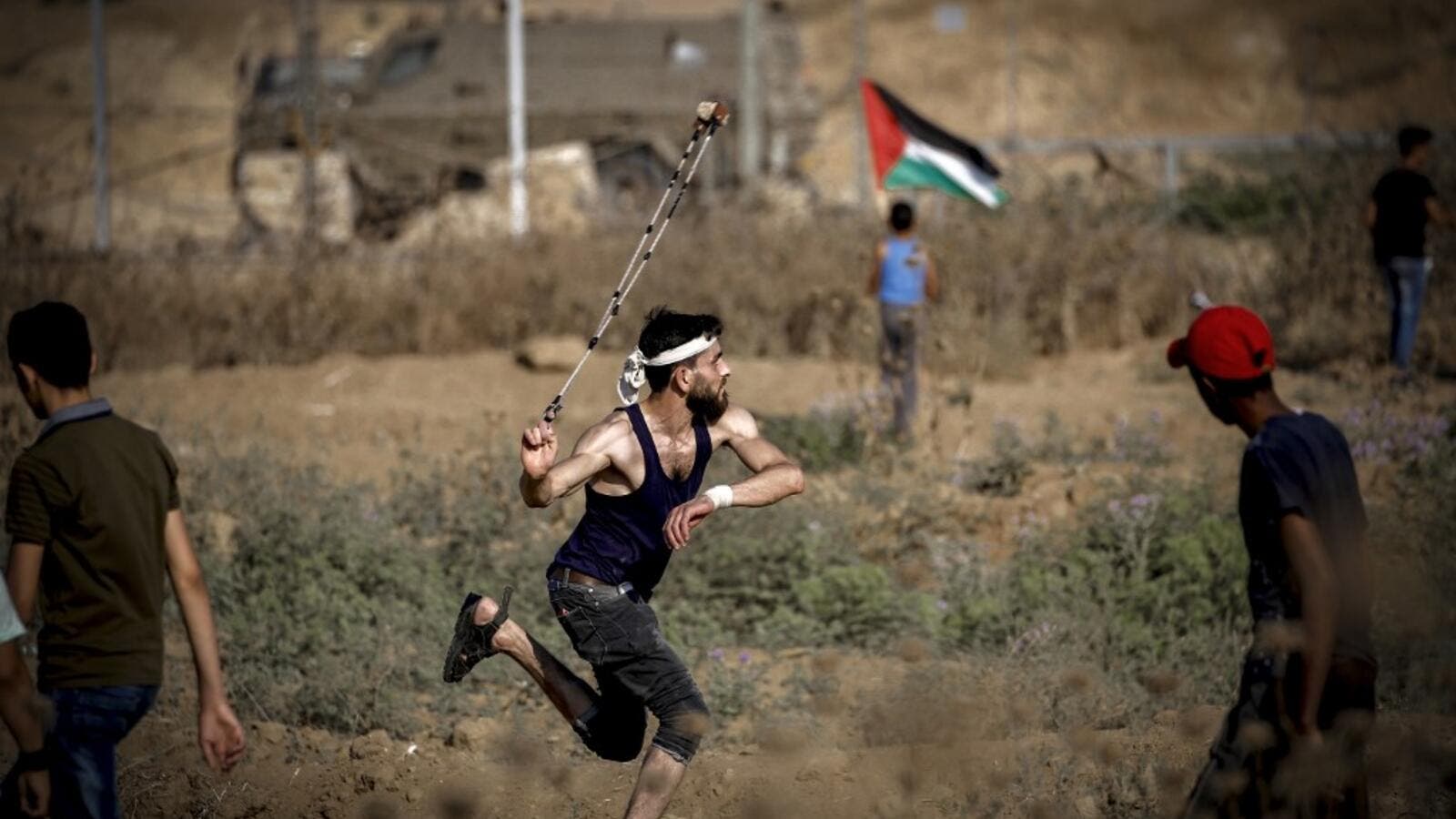 A Palestinian man hurls a stone during clashes with Israeli forces near the fence along the border with Israel near Bureij in the central Gaza Strip on June 14, 2019. (MOHAMMED ABED / AFP)
Highlights
Palestinian Authority said that the United States will not succeed in achieving regional peace.

The United States will not succeed in achieving regional peace on its own and without the Palestinian leadership’s cooperation, the Palestinian Authority stated on Tuesday.

“Any meeting, whether in Bahrain or elsewhere and without the legitimate Palestinian endorsement, proves that Washington cannot and will not succeed on its own in achieving anything,” the PA stressed in a statement.

“The address is the President, his people and the right political position that establishes for any settlement or any just peace based on national and international consensus,” it added.

“Our people’s choice is clear and firm and will defeat any conspiracy.”

“Palestine’s position, international consensus and steadfastness of the independent decision once again have preserved Jerusalem, holy sites and the Palestinian identity,” the statement noted.

The statement was issued few days before the launch of an economic conference on Palestine, which is organized by the United Stated and will be hosted by Bahrain. The meeting will unveil to economic aspects of the yet undisclosed US peace plan, dubbed the “deal of the century.”

The PA is boycotting the forum because it is part of the US peace plan, which is opposed by Palestinians.

Meanwhile, US Envoy Jason Greenblatt said no Israeli government officials would be invited to the workshop nor will officials from other countries.

In an interview with i24NEWS, he emphasized the nature of the “workshop” as apolitical, confirming that “since the PA has chosen to boycott the peace plan even before it was officially released, Israeli government officials would not be invited either, nor would other world leaders or foreign ministers.”

“Without the Palestinian Authority there, having the Israeli government makes it more political,” he remarked, though he said Israeli businessmen would be represented there.

The envoy reiterated that it was a “huge missed opportunity” for the Palestinians not to attend, but he said the current focus is on attracting investors and looking for donors to build up the Palestinian economy while garnering feedback.

“This is not just an economic peace. It is not about buying Palestinians off,” Greenblatt noted, adding that the second phase of the peace plan would deal with the political issues.

The Trump administration will decide when to release the peace plan following the Bahrain summit, he said, suggesting that it would be around November due to Israeli elections on September 17.