Panic in Kenya as COVID-19 Vaccine Runs Out of Stocks

Published May 19th, 2021 - 11:51 GMT
A medical health worker prepares the injection of the Oxford/AstraZeneca Covid-19 vaccine as they visit door-to-door to deliver the vaccines to people who live far from health facilities in Siaya, Kenya, on May 18, 2021. Brian ONGORO / AFP
Highlights
India’s banning export of vaccines due to fresh outbreak of pandemic affects vaccination drive in many African countries

As India bans the export of COVID-19 vaccines, Kenya and many other East African countries are running out of stocks, sending panic across the region. 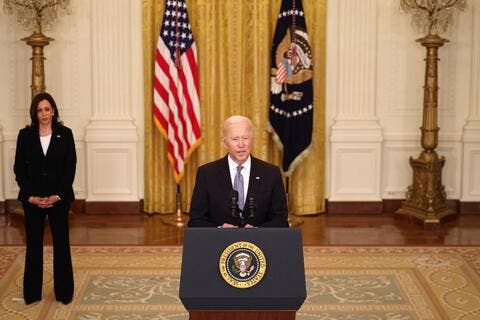 According to Health Ministry in Kenya, they had administered the first jab of AstraZeneca vaccine to 933,436 Kenyans. But now as the time for giving them a second dose is fast approaching, there are no vaccines left.

Speaking to Anadolu Agency, Tracy Njeri, a 32-year-old businesswoman from Nairobi said due to the vaccine export ban imposed by India following the deadly second wave of COVID-19 in the country, the fate of many African countries now hangs in balance.

Most of the countries were looking at India for the supply of vaccine doses.

“We have been told that we will no longer get the AstraZeneca vaccine. We do not know now what to do?” Njeri asked.

She said Kenya is now procuring a different vaccine, which means that those who were given the first jab will have to be inoculated again.

Mutahi a Kenya government employee who uses only his first name said he felt lucky when as a frontline worker he got the first free jab.

“I am really worried now because the World Health Organization clearly says that we need two doses of the AstraZeneca vaccine. We hope something is done,” he said.

The social media in Kenya is almost on fire, with people swarming the Health Ministry asking for the availability of a second dose, lest the period between two doses expires.

“I am worried about my second AstraZeneca vaccine dose. I am from Kenya. We don't know how we shall get this vaccine. Kindly help us Mr. President,” Murage Anne, a resident of Nairobi posted on Twitter.

The Oxford–AstraZeneca COVID-19 vaccine, was manufactured in India under license by the name of Covishield.

Another Kenyan Rig Diesel has tagged Health Ministry asking to spell clearly whether a second dose of Covishield will be available. He asked the government not to avoid answers as it is related to the fate of more than 900,000 people.

Without directly replying Kenya’s Health Ministry has admitted that there is a shortage of the vaccine doses as it faces supply challenges.

Kenya says it is now focused on acquiring the Pfizer and Johnson and Johnson's vaccine to restart vaccinating people.

“The more people you vaccinate even with one dose, the better because they do get some level of immunity,” Kenya’s Health Minister Mutahi Kagwe said at a press briefing in the Kenyan capital Nairobi.

“We expect to get at least a million doses per month from Pfizer, maybe another million from Johnson and Johnson once the production has been upped up. We appeal to Kenyans to take up the vaccines whenever they are available and to be patient with us because it is not a Kenyan problem, it is a global problem” he said.

On March 3 Kenya had received 1.02 million doses of the Covishield vaccine and it had begun inoculating its population.

Is Kenya Finally Telling Its 200,000 Somali Refugees to Go?

As many as 469 people tested positive for the disease on Tuesday from a sample size of 6,244. Eight deaths were also reported on the same day.

According to the US-based Johns Hopkins Coronavirus Resource Center Kenya has reported 166,006 coronavirus infections with 3,021 deaths. The country has so far conducted 1.75 million tests.