President Abbas: Gov't Will Do ‘Everything Possible’ to Protect the Palestinian People

Published May 13th, 2021 - 04:06 GMT
A Palestinian was killed and another wounded by Israeli army gunfire in the north of the occupied West Bank on May 11, a Palestinian security source told AFP, as violence soared between Israel and the Palestinian territories. Ozan KOSE / AFP
Highlights
The Palestinian president demanded that US and Israel end to the occupation.

President Mahmoud Abbas said on Wednesday that his government is doing everything possible to defend the Palestinian people. 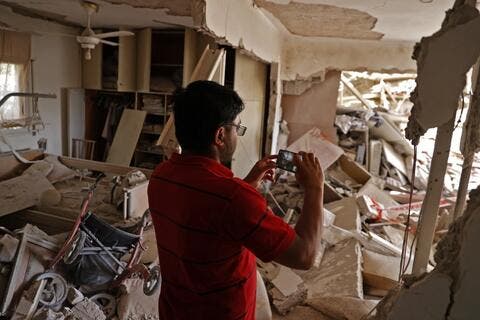 Scene in Gaza Reflects Heaviest Fighting Between Bitter Enemies Since 2014

The aging Palestinian leader said he was working to stop Israeli forces and settlers harming Jerusalem and other Palestinian territories.

Palestinian President Mahmoud Abbas on Friday urged the UN Security Council to hold an emergency meeting to protect the Palestinian people following an Israeli crackdown and escalation against Palestinians in Jerusalem. https://t.co/gn2DRf6Dqu

His comments came at the start of a leadership meeting at the presidential headquarters in Ramallah to discuss the repercussions of “Israel’s aggression toward the Palestinian people.”

“The continued aggression of the occupation forces against our people everywhere, including the aggression on the Gaza Strip, exceeded all limits, throwing out all international norms and conventions,” Abbas said.

“This puts us in front of very difficult choices imposed by the national duty in defending our sanctities, our rights and our people,” he added.

The president said that “Jerusalem is a red line, it is the heart and soul of Palestine and its eternal capital, and there is no peace, security or stability except with its complete liberation.”

He said Israel was carrying out war crimes and ethnic cleansing to remove the Arab Islamic identity of Jerusalem.

An angry Abbas, said this was being done by stealing homes and desecrating religious sites such as Al-Aqsa mosque. 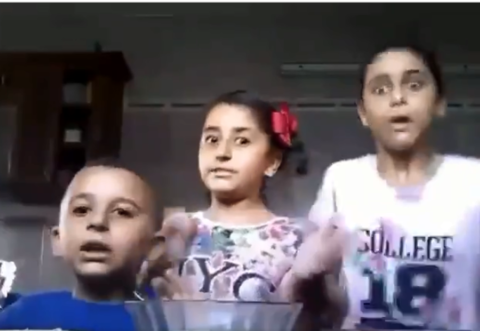 Directing his speech to the US and Israel, Abbas demanded an end to the occupation, adding that the Palestinians will never leave their homeland.

He said the Palestinian families living in the Sheikh Jarrah neighborhood who are facing eviction by Israel, will not leave.