Macron Demands Explanation From Iran Over Detention of Academic 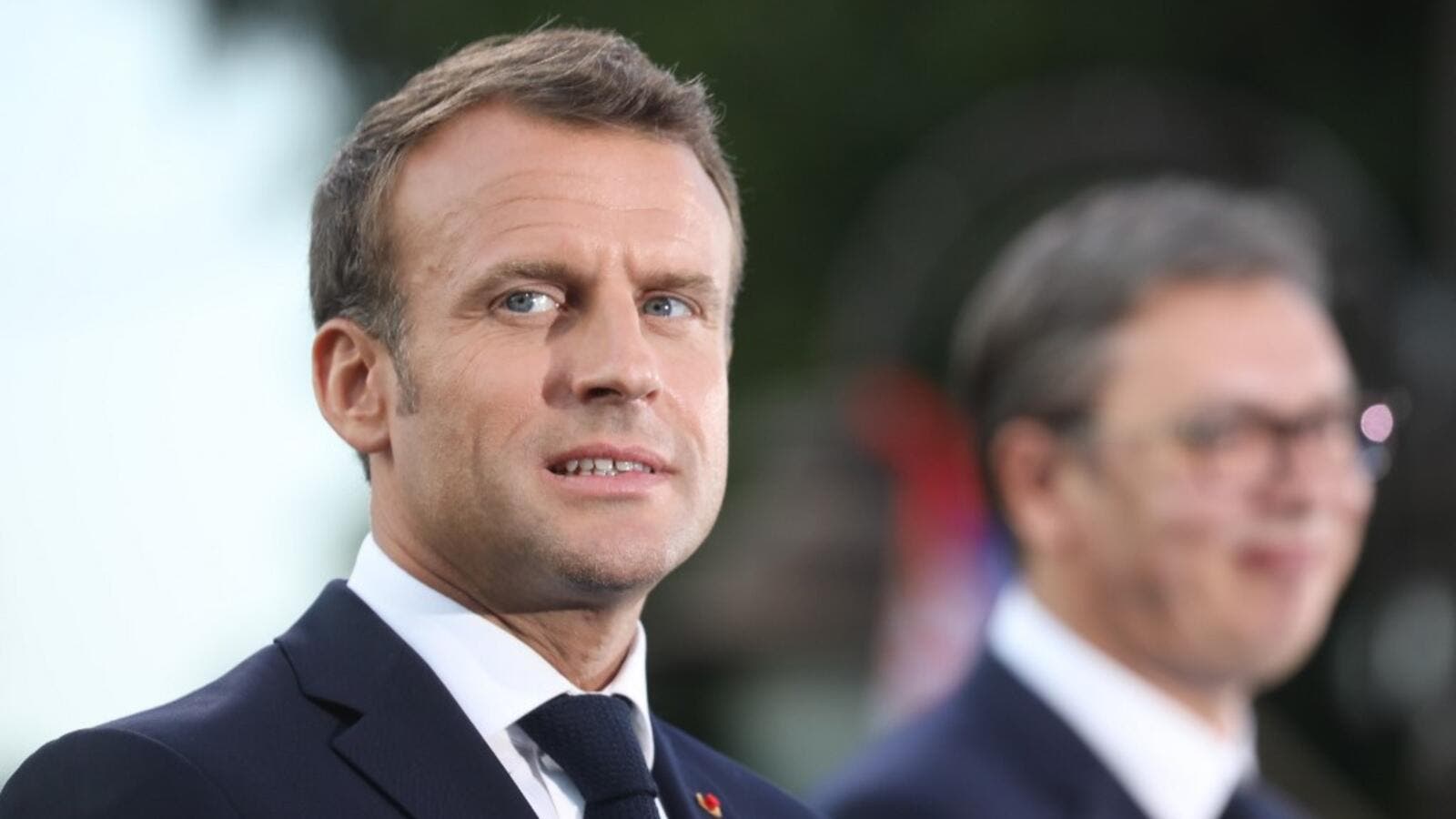 French president Emmanuel Macron (AFP)
Highlights
“No explanations at this stage have been given to me to explain in a valid way this arrest,” Macron said.

French President Emmanuel Macron on Monday demanded an explanation from Iran after the arrest last month of Franco-Iranian dual national Fariba Adelkhah, an incident that complicates Paris’ efforts to defuse tensions in the region.

“What’s happened worries me a lot. We were informed for several days and I had the opportunity to express not only my disagreement but my desire to have clarifications from President (Hassan) Rouhani,” Macron told a news conference in Belgrade.

“I’m waiting for the clarifications, but it’s obvious that France protects its citizens.”

“No explanations at this stage have been given to me to explain in a valid way this arrest,” Macron said.

Adelkhah, an academic researcher, was arrested in Iran in June by the Revolutionary Guards for allegedly spying, according to media reports over the weekend.

Adelkhah, a 60-year-old anthropologist, is senior research fellow at Sciences Po in Paris. Her arrest comes as France is trying to de-escalate tension between longtime foes Iran and the United States over Tehran’s 2015 nuclear deal.

Asked earlier on Monday about the arrest, Iranian government spokesman Ali Rabiei was quoted as saying by the semi-official Tasnim news agency that he had heard reports of the arrest but had no further information.

It was not clear when Macron spoke to Rouhani on the issue, but he officially spoke to Rouhani on July 6. At the time, there was no mention in the readout by the French presidency of Adelkhah’s arrest. Macron’s top diplomat was also in Tehran and saw Rouhani last week.

France’s foreign ministry earlier on Monday demanded consular access to her “without delay.”

“The French authorities in this difficult context have taken steps with Iranian authorities to get information from them on her situation and the conditions of her arrest and asked for consular access as is foreseen in these circumstances, necessary precursor for her quick release,” foreign ministry spokeswoman Agnes von der Muhll said in a statement.

“No satisfactory response has been given to these requests.”

Iran previously arrested and charged French citizens, including in 2009. Iran released that detainee a year later.

Jean-Francois Bayart, a French academic and friend of Adelkhah's, said he and colleagues had alerted French authorities when the anthropologist did not return home from a trip to her homeland as scheduled on June 25.

He said he thought she had been arrested on June 5 and was being held at the Evin prison in Tehran.

"She has been visited by her family. She hasn't been mistreated, but I'm worried about her because she isn't physically strong," Bayart told AFP. "We don't know how long this totally unacceptable detention is going to last."

"Iran doesn't recognize dual nationality, so for them she is Iranian, which is why consular access has not been permitted," he added. "But talks have taken place at the highest levels between the countries."

Adelkhah was arrested while visiting her mother.

Bayart said that Adelkhah had arrived in France in 1977 to study.

Rights activists have criticized Iran’s arrests of dual nationals that they say are aimed at getting concessions from other countries.

British-Iranian Nazanin Zaghari-Ratcliffe, a project manager with the Thomson Reuters Foundation, has been jailed in Tehran since 2016 on sedition charges, a detention that has caused major tensions with Britain.

In April, Iranian Foreign Minister Mohammad Javad Zarif offered a prisoner swap to secure the release of jailed Iranians in the United States.

In 2016, Iran released five US citizens in a prisoner exchange as the nuclear deal was implemented.