'A Prison for the Refugees': In Conversation with Syria's Displaced in Lebanon 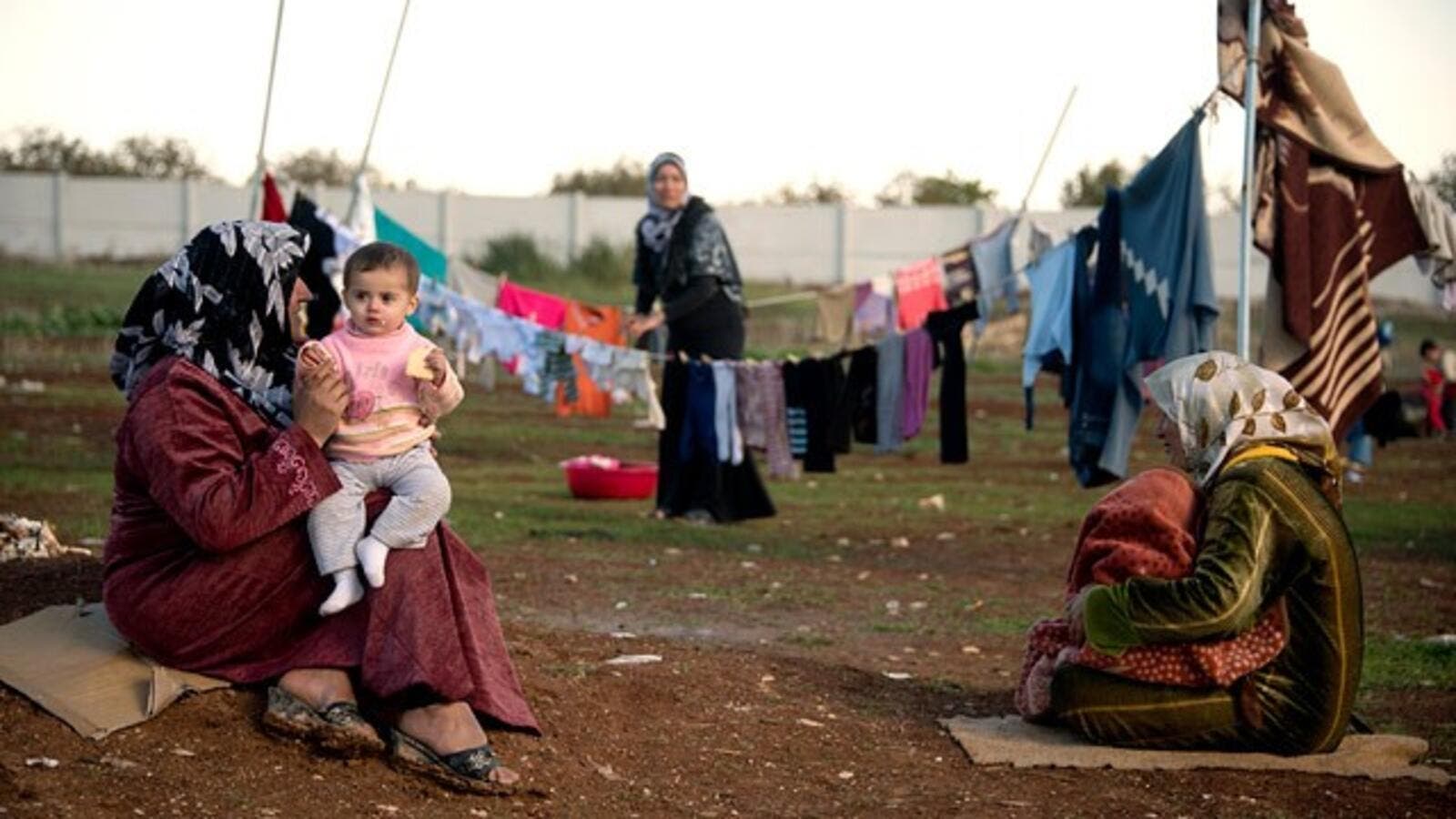 “Syria to us – people born off its land – is like a mother. It’s impossible for someone to find a mother other than his own" (AFP/File)

“I prefer to not stay here – you can see how the situation is,” Abd al-Mohsen from Syria’s Homs said as he sat on an orange plastic chair in his family’s wood-framed tent sealed with patchwork nylon in the Bekaa Valley.

The tent in Bar Elias refugee camp, like many others in the camp, has a contradictory air of both transience and permanence. Nylon walls that fail to provide adequate protection from the harsh cold of the Bekaa winter are juxtaposed with a wooden front door and furniture. Its occupants say they are torn between a desire to return to Syria and a fear of persecution if they were to do so.

Pressure to leave Lebanon has been mounting recently as tensions between displaced Syrians and Lebanese locals have become more strained. It is “host-community fatigue,” said Dr. Nasser Yassin, the director of research at the American University in Beirut’s Issam Fares Institute for Public Policy and International Affairs.

This fatigue, he suggested, is being exploited by some politicians and media outlets to stir up a sense of resentment across the country, which has “created a generally negative perception against Syrians.”

Labor competition is used to exacerbate tensions, even in places where few Syrians live and work.

“Some politicians are using it across the board to create this attitude,” he said.

The upshot is that authorities are employing a variety of methods to encourage Syrians around Lebanon to leave the country, such as expelling them from municipalities or imposing severe restrictions on their livelihoods, Yassin said. “You make a legal situation unattainable by making it hard for them to renew their residency or renew their papers.”

The U.N.’s Lebanon Crisis Response Plan, published in January this year, estimated that 60 percent of Syrian refugees over the age of 15 lack legal Lebanese residency, compared with 47 percent in January 2016. This makes them liable to be stopped or detained by security officials. The body also estimated that at least 70 percent of Syrian refugees in Lebanon live in “extreme poverty.”

Many Syrians express a desire to return, but many see President Bashar Assad and his government as a barrier. “If the regime doesn’t change, there will be no going back,” Mohsen’s elder brother Abu Majed said. “If Assad and the gang leave, I don’t care if it’s day or night, I will hit the road and head back to Syria right away.”

Iyad, 38, is a taxi driver in Beirut. He, like many other refugees, did not want to give his surname. “I can’t go back because I’m afraid of getting arrested by Syrian government forces. I’m scared for myself, my wife and my kids, because we’re from an area in the Idlib countryside that had protests demanding freedom and democracy against the ruling regime in Syria.”

However, for some, the opposition is no better than Assad. Bashar, 32, is originally from eastern Syria’s Deir al-Zor and wants to become an animator. “[The opposition] is the same as the regime,” he said. “They are arresting people and killing people. They have their own prisons.”

Before coming to Beirut, Bashar spent two months in a Syrian government prison. “They will arrest me on the border,” he said, when asked what he thinks would happen if he were to try and return to Syria.

“In the end, I will [be conscripted into] the army but before that, they will put me in prison,” he explained.

He said he doesn’t think the Assad government will hand over power at the conclusion of the war, meaning that he will not be able to return. He said he hopes instead to get accepted to study at a European university.

Some refugees said that they were open to the idea of returning to internationally agreed cease-fire areas. “If the U.N. established safe zones that are demilitarized ... yes, people could return then,” Abd al-Mohsen said.

Bashar, who currently lives in Beirut, is unconvinced. He sees a refugee camp as no better than “a prison for the refugees.”

While the Lebanese government has encouraged the establishment of “safe zones” for refugees to return to, international support is mixed.

U.S. President Donald Trump enthusiastically endorsed the idea alongside Saudi Arabia’s King Salman in January this year. Assad quickly rejected the plan, however, saying it was “not a realistic idea at all.” The U.N. High Commissioner for Refugees Filippo Grandi was also skeptical. “Frankly, I don’t see in Syria the conditions [to create safe zones],” he said.

While some refugees have begun to return to their homes within Syria – particularly those who have been internally displaced or are from areas where fighting has died down – many more continue to be forced from their homes because of the war.

Perhaps most concerning for some is that Assad hasn’t indicated he wants a wholesale return of refugees.

Speaking at the inauguration of the Damascus Exhibition in August, Assad said that while Syria had “lost its best youth and its infrastructure,” he added it had “won a healthier and more homogeneous society.”

The uncertainty over the outcome and timescale of a conclusion to the war in Syria, and the lack of desire of significant numbers of refugees to return out of concern for their safety, means that a solution to the refugee crisis will not come immediately.

According to a survey of 400 Syrian refugees aged between 18 and 24 from camps in Jordan and Lebanon, 54 percent of respondents said they were unlikely to permanently return to Syria in the future. The survey, called “A Voice for Young Syrian Refugees,” was carried out alongside the ASDA’A Burson-Marsteller Arab Youth Survey 2017.

“There might be some sporadic, small-scale return happening with certain families to certain places, but I don’t see a large scale return to Syria happening as some would like to think because of the political, security and humanitarian conditions that are currently in place,” Yassin said.

Abu Majed has no plan to take his family back home to Homs yet.

“Why would I go back? I left my own home and land for safety,” he said. Despite everything, however, he hopes to one day return.

“Syria to us – people born off its land – is like a mother. It’s impossible for someone to find a mother other than his own.”