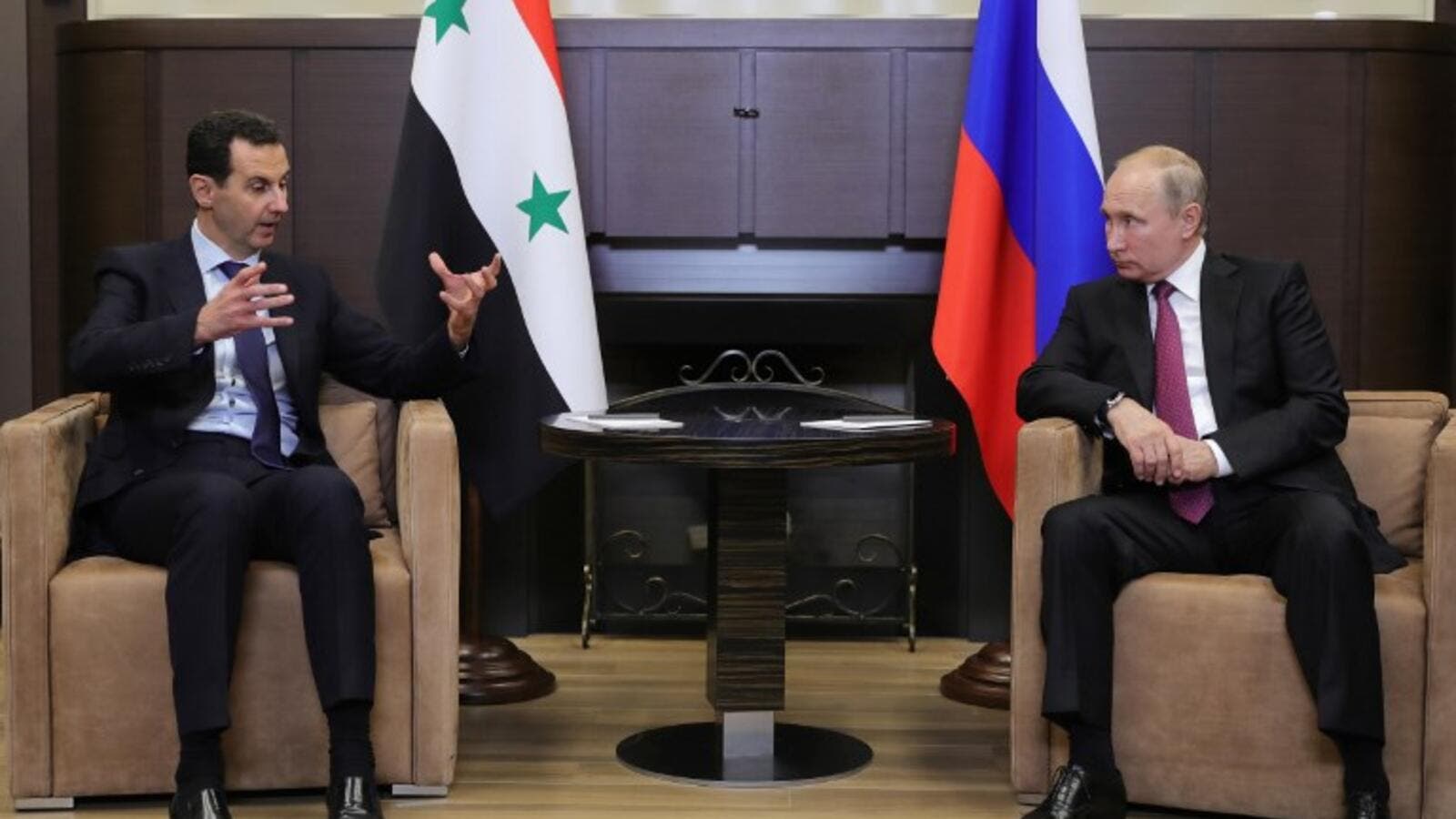 Russian President Vladimir Putin (R) speaks with his Syrian counterpart Bashar al-Assad during their meeting in Sochi on May 17, 2018. (Mikhail KLIMENTYEV / SPUTNIK / AFP)

Russian President Vladimir Putin met the Syrian regime’s Bashar al-Assad in the Russian resort city of Sochi on Thursday, highlighting the importance of facilitating the “resumption of a full-fledged political process”, according to the Kremlin.

"The two presidents pointed out the importance of setting up more conditions that would facilitate the resumption of a full-fledged political process and they also noted success of the Astana process, as well as of the Congress of the Syrian People, which had been held in Sochi," Peskov said.

Putin said “much has already been done within the Astana process”.

“Much has also been done within the framework of the Syrian National Dialogue Congress held in Sochi. Now, we can make next moves jointly with you [Assad],” he added.

Putin said the next task is “economic recovery and humanitarian assistance to the people who found themselves in a difficult situation”.

"Stability is growing, and all this opens the door to a political process that we started some time ago," he said.

"Of course, after this military success additional conditions have been created to restart a full-format political process," he said.

"I have always said, and I want to reiterate that we have always enthusiastically supported a political process that should proceed hand-in-hand with fight against terrorism," Assad for his part said.

Syria has been locked in a vicious civil war since 2011 when the Bashar al-Assad regime cracked down on pro-democracy protests with unexpected ferocity.

Since then, hundreds of thousands of people have been killed in the conflict, according to the U.N.

Turkey, Russia, and Iran have reached an agreement on holding the next high-level meeting on Syria in Russian resort city of Sochi in July 2018.

The Astana peace talks were launched on Jan. 23-24, 2017, with the aim of putting an end to violence and improving the humanitarian situation in war-torn Syria.