Published January 3rd, 2022 - 12:12 GMT
Members of the Iraqi Hashed al-Shaabi take part in a commemoration ceremony held to mark the upcoming second anniversary of the killing of Iranian general Qasem Soleimani and his Iraqi lieutenant Abu Mahdi al-Muhandis, at the spot where they were killed, near Baghdad's International Airport, on January 2, 2022. (Photo by AHMAD AL-RUBAYE / AFP)
Highlights
Qassem Soleimani was assassinated by the US forces in Iraq.

Zeinab Soleimani, the daughter of top Iranian anti-terror commander General Qassem Soleimani who was assassinated by the US occupation forces in Iraq two years ago, has renewed her pledge to avenge her father’s assassination. 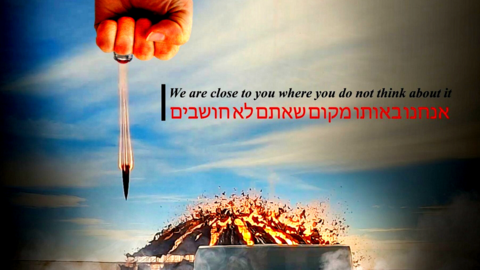 General Soleimani, commander of the Quds Force of Iran’s Islamic Revolution Guards Corps (IRGC), and his Iraqi trenchmate Abu Mahdi al-Muhandis, the second-in-command of Iraq’s Popular Mobilization Units (PMU), were martyred along with their companions in a US drone strike authorized by former president Donald Trump near Baghdad International Airport on January 3, 2020.

Both commanders were highly revered across the Middle East because of their key role in fighting the Daesh Takfiri terrorist group in the region, particularly in Iraq and Syria.

“My father loved the Iraqi people from the bottom of his heart... He would ponder a lot about a strong Iraq,” Zeinab said during a vigil at the Baghdad airport on Sunday night, on the eve of the second martyrdom anniversary of two anti-terror commanders.

She noted that al-Muhandis also devoted “his life to the liberation of the Iraqi people.”

Tonight, she said, “We vow to move closer, hand in hand and step by step, to the horizon of exacting ‘harsh revenge’ on enemies whose hands are stained with their blood.”

Zeinab also stressed that “the tears of sorrow … would soon turn into joyous tears of victory when dear Iraq and all the countries in the region are purged of the filth of the presence of American invaders.”

Addressing the Americans, Zeinab made clear that “we will not forget this blood.”

Also, Manar, the daughter of Abu Mahdi al-Muhandis, also spoke at the event, reasserting that “we will take revenge for the blood” of the two commanders and their companions.

“We will take revenge for you, your brother, and companions,” she said, speaking to her father.

Manar also said, “We will exact vengeance on the rulers of Saudi Arabia, who think that they can restore the Umayyad rule with their money,” referring to the tyrannical dynasty, which Imam Hussein (PBUH), the grandson of Prophet Muhammad (PBUH), rose against.

“We will take revenge for every drop of blood that was shed unjustly in Iraq, Syria, and Yemen,” she added.

Also on Sunday, crowds of people from every Iraqi province headed towards the location of the assassination in a march in remembrance of General Soleimani and al-Muhandis.

On January 5, 2020, two days after the assassination, the Iraqi parliament passed a law requiring the Iraqi government to end the presence of the US-led foreign forces in the Arab country.

“They broke the fragrance bottle, but the scent is everywhere,”
- Daughter Of Sardar ; Zeinab Soleimani#نحن_قاسم #HERO pic.twitter.com/I7aP0fQxRf

Since the US act of terror, Iraqi resistance forces have ramped up pressure on the US military to leave their country, targeting American bases and forces on numerous occasions, at one point pushing the Americans to ask them to “just leave us alone.” 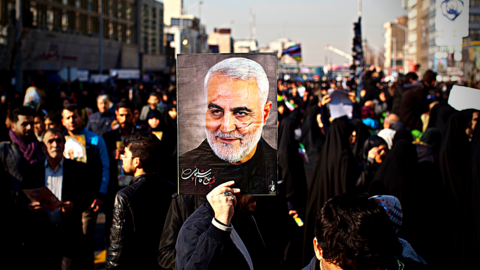 Earlier in 2021, Baghdad and Washington reached an agreement on ending the presence of all US combat troops in Iraq by the end of the year.

The US military declared the end of its combat mission in Iraq last month, but resistance forces remain bent on expelling all American forces, including those who have stayed in the country on the pretext of training Iraqi forces or playing an advisory role.