The June 2017 blockade was designed to punish Qatar for its patronage of the Muslim brotherhood and a maverick foreign policy that often privileged Doha’s dynastic interests over those of the wider Gulf Cooperation Council (GCC).

Yet despite leaving OPEC in January 2019 and having its land, sea and airspace heavily restricted by blockading partner countries - including Saudi Arabia, the UAE, Egypt, Jordan and Bahrain - the tiny Gulf State appears to be surviving. In fact, it may perhaps be doing more than surviving; the blockade has inadvertently forced Doha to aggressively pursue the kind of defense and economic diversification that was never possible in the past.

It would be wrong to suggest the blockade has not affected almost every aspect of the Qatari economy and diplomacy over the past two years. On the other hand, Qatar seems to be weathering the storm. Only a fraction of Qatar’s wealth is located in the Central Bank. The Qatar Investment Authority, the country’s sovereign wealth fund, has assets of around $318 billion according to the IMF. Sovereign wealth and one of the world’s largest deposits of Liquid Natural Gas (LNG) are allowing Doha not only to offset the economic calculations underpinning the blockade, but in some instances, to exploit them.

As long as the blockade persists it will continue to influence policy making, security planning and foreign policy in Doha. 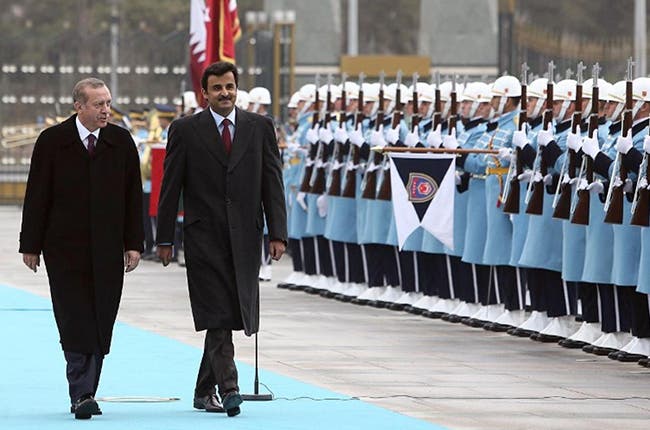 In many ways, Doha’s foreign policy shifted within hours of the blockade first being announced. The Qatari state had little means to defend itself against attack, and lacked the domestic means of production to ensure food security for its own citizens in the immediate term.

On June 18, 2017, five armoured vehicles arrived in Doha from Turkey. In January 2018, the Turkish ambassador to Qatar noted that Turkey would also deploy air and naval forces in Qatar. A Turkish brigade at the Tariq ibn Ziyad camp consists of a third of Qatar’s active military personnel, and exceeds the total firepower of the Qatari navy and air force. Within a decade, a number of Qatar’s generals could be fluent Turkish speakers and operators of Turkish weapons such as the Altay tank, creating operational affinity. The blockade has paved the way for a massive upgrading of the Turkish presence in the Gulf for the first time in over one hundred years.

The blockade militated a rapid change in economic relations with key states such as Turkey, China and Iran. In less than 48 hours of the blockade Turkey sent cargo planes full of milk, yogurt, and poultry. In the four months following the blockade, Qatar’s Turkey imports increased by 90 percent to $216 million, Aegean Exporters' Association (EIB) said. Imports from Turkey between June and December 2017 grew to $523 million, 48.2 percent higher than in the same period the previous year. The value of projects handled by firms from Turkey - including on World Cup 2022 contracts - crossed over $14 billion by January 2018.

In January 2018, Qatari Emir Sheikh Tamim bin Hamad al-Thani visited China to discuss Doha's role in Beijing's Belt and Road Initiative (BRI). The countries reached an agreement in 2018 in which Qatar will supply China with 3.4 million tons of liquefied natural gas per year. Qatar and China trade totaled $8 billion in 2017. In less than a year Qatar has seen a 38% increase in Chinese visitors, a result of numerous initiatives like visa-free entry for Chinese citizens since August 2018. As Qatar airways flies from 6 destinations in mainland China, Beijing has become Qatar’s third largest trading partner. 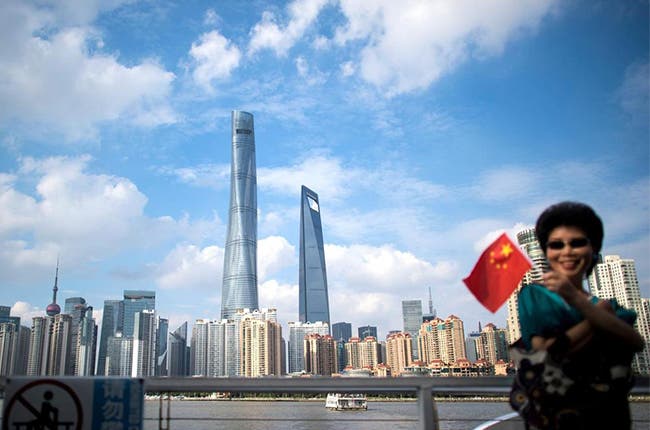 As with Turkey, Iran was one of the first countries to provide emergency provisions to Qatar in the first days of the blockade. Tehran's assistance to Doha helped preserve their partnership over the Pars natural gas fields, which Iranian national media reports is about to be expanded to 750 million cubic meters a day. In the future, Iran may attempt to leverage Qatar’s experience as a diplomatic go-between.

The result is an emerging foreign policy that expands Qatar’s independence from the Gulf Cooperation Council and Saudi Arabia. Rather than breeding dependency, the blockade is serving as a platform for Doha’s distinctive economic strengths.

At the same time as making new friends, Qatar has been working hard to keep its old ones: particularly the United States and Europe. 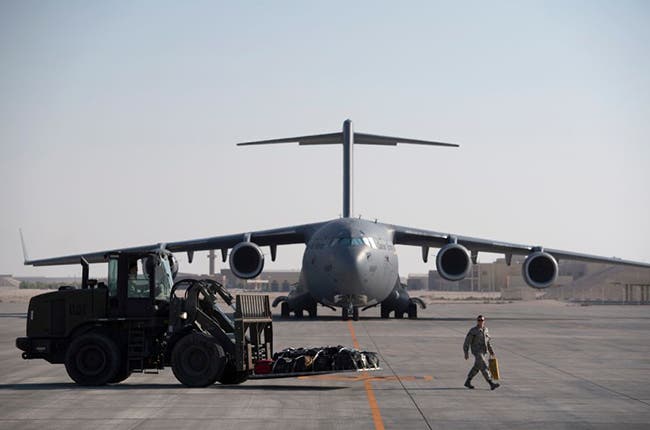 Fearing diplomatic isolation and the prospect of prolonged Saudi-UAE pressure on its allies in the USA and UK, Doha has gone on a defense spending spree. The country has spent more than US $25 billion on military procurements since June 2017.

In September of 2018, Qatar made its first payment to BAE systems to procure Eurofighter jets and Hawk traier jets from the United Kingdom, in a deal worth £5 billion ($6.6 billion). In April of 2018, the US State Department approved the sale of guided rockets for its Apache helicopters, including a June procurement of Hydra rockets. For good measure, Qatar also invested in Rafale aircraft and armored vehicles from France. In August 2018 the Qatar Investment Authority invested in a troubled New York real-estate project formerly owned by Jared Kushner, senior adviser and son-in-law to President Trump.

At the time of writing, Doha is still exploring the idea of procuring an S-400 surface to air missile system from Russia. After Turkey purchased the same system to the alarm of its NATO allies and threats from the Pentagon, Doha will have to weigh the strategic importance of the system against the diplomatic consequences. In March of 2018, Qatar and Nato signed an agreement on cooperation in military and security matters with a further document signed in May. The tensions on the S-400 sale illustrates the careful balancing act Doha is facing as it attempts to push further East without alienating its western allies.

For now, the position of the U.S. Al Udied Central Command outside Doha looks secure; an article in Foreign Policy suggests the cost of the base is less than the Pentagon incurs on military bands. Whether or not this is accurate, the base includes over 100 aircraft from the 379th Air Expeditionary Wing, providing surveillance and conducting bombing missions throughout the region. The U.S. recently upgraded the base, alongside a base in Jordan.

Ruptures in the GCC 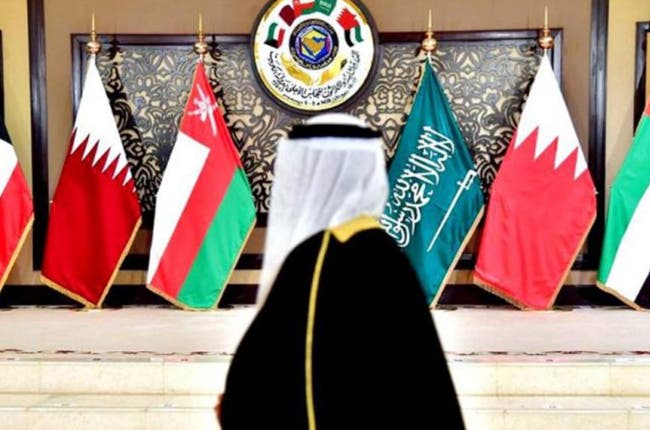 Rather than strengthening the Gulf Cooperation Council alliance, the Qatar blockade is helping to break apart the “Etihad,” or brotherhood, of the council’s members. Kuwait and Oman appear to have noted the treatment of Doha, with Oman hosting a meeting with Israeli PM Benjamin Netanyahu, and Kuwait strategically investing in countries such as Jordan in 2017 to sure up U.S. interests in the region. Both countries have supported Saudi Arabia at the same time as quietly finding ways to insure against the undue influence of a hegemonic power in the region.

As Saudi Arabia plans to build a giant canal around its land border with Qatar and invest in an alternate electricity grid - Doha currently provides electricity to the UAE, for instance - there is no question that Qatari citizens are vulnerable and isolated. Many Qatari citizens had friends and family across the Gulf States, where travel was visa-free and tribal links remain active.

Embattled Crown Prince Bin Salam has suggested the blockade could be an indefinite status quo, similar to the U.S. blockade of Cuba. Yet the situation is far from analogous, and things can change quickly in the region. With a World Cup in 2022 on the horizon, Qatar is not as isolated as might at first appear.