Quebec Mosque Murders' Anniversary: 'Hatred is Not an Option in Quebec' 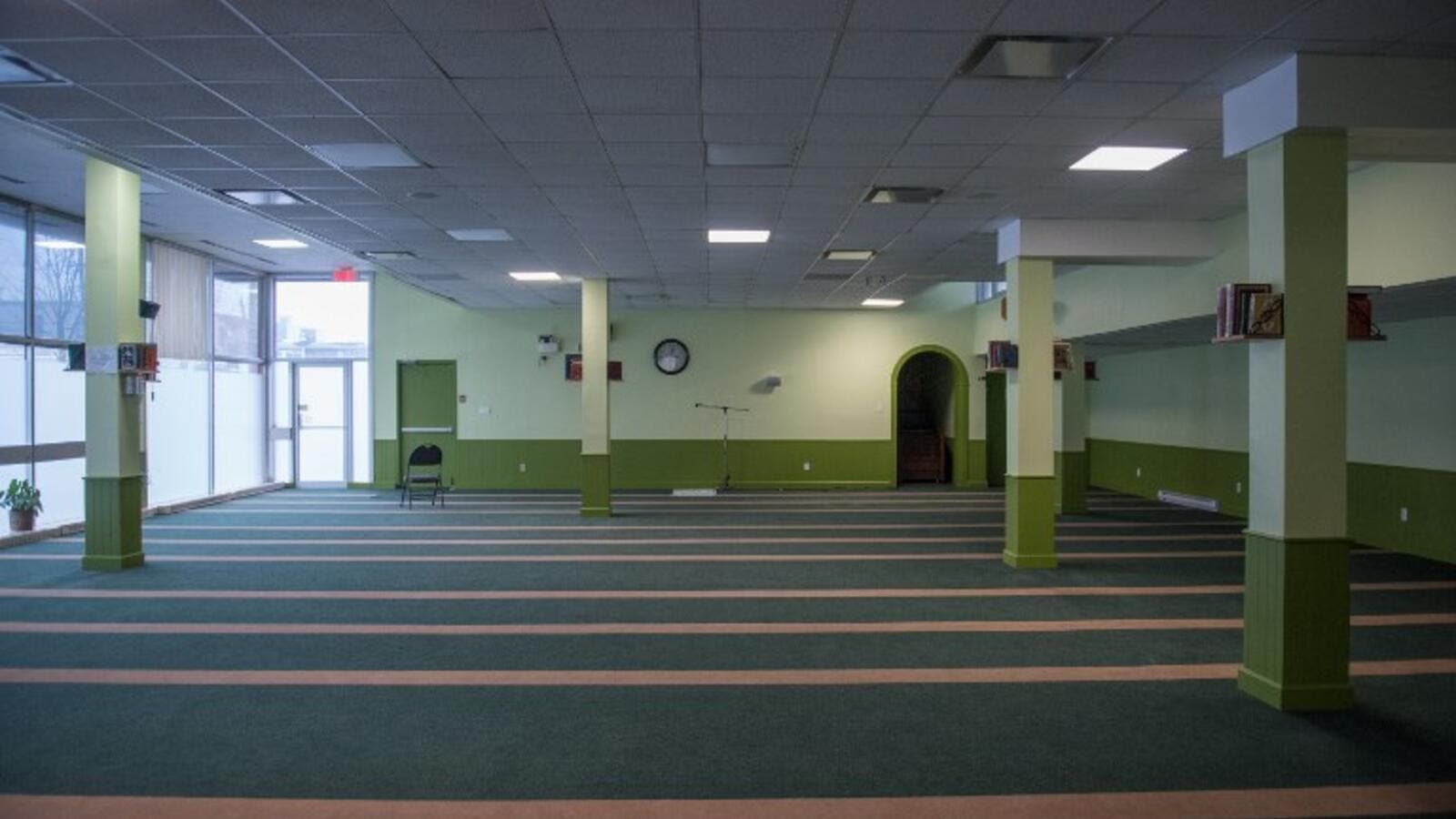 The prayer room of the Islamic Cultural Center of Quebec is pictured in Quebec City on January 12, 2018, where at 7:55 p.m. Sunday, January 29, 2017, with a rifle in hand, a young man entered and opened fire on 40 men and four children. Six people were killed and aother five injured. (Alice Chiche / AFP)

Four days of events began Friday in various cities in Canada to mark the first anniversary of the tragic shootings at a Quebec City mosque.

The Jan. 29, 2017 shootings during evening prayers at the mosque left six Muslim men dead and 19 others wounded.

The shooter, Andre Bissonnette, 27, was caught and faces six charges of first-degree murder and six others for attempted murder.

The Palais Montcalm, a concert hall in Quebec City, was packed as the names of the dead were projected onto a screen before the start of a conference called “Living together with our differences”.

The conference was hosted by the Centre for Prevention of Radicalization Leading to Violence. Herman Deparice-Okomba, the centre’s executive director, said the shootings affected all Quebecers, but there is no room for malice.

“In Quebec, there is a before and after Jan. 29, 2017,” he said. “Some people are feeding and stoking hatred, but hatred is not an option in Quebec.”

Families of the victims will gather at the mosque for evening prayers later. The event is private, but the prayers will be live-streamed online.

Saturday, all are invited to the mosque, where there will be a display of the condolences received throughout the year. Also, for the first time, the families of the victims will speak to the public.

Sunday will see a gathering of members of the First Nations community and people of various religious affiliations for interfaith prayers and music.

Monday, a vigil will be held at the mosque to mark the first anniversary of the tragedy, and the public can leave flowers and other tokens of remembrance near the mosque.

In Calgary, Alberta, a ceremony is set for Jan. 29 at city hall, with a similar event in Winnipeg, Manitoba the same day.

In Vancouver, a vigil will be held Jan. 27. Other remembrances will be held in New Brunswick, Nova Scotia, and Newfoundland and Labrador. In Ontario, events will take place at various venues in Toronto.

Despite the outpouring of grief over the mosque shooting, Islamophobia persists.

A Quebec group called the La Meute (the Wolf Pack) held several anti-Islamic demonstrations during 2017, while a vehicle belonging to Mohamed Labidi, president of the Quebec Islamic Cultural Centre - where the shootings took place - had his car set on fire in August.

That came a day after he and Quebec City Mayor Regis Labeaume had appeared publicly to celebrate the sale of city-owned land to the Muslim community for the area's first Muslim cemetery run by Muslims.

The incidents in Quebec City left Muslims concerned for their safety.

"Extremist acts are now affecting our lives, the lives of Quebec citizens and Canadian Muslims, as well as our property and our religion," the Quebec Islamic Cultural Centre said on its Facebook page in August.