Published September 19th, 2021 - 08:00 GMT
A neighbour of Ezmarai Ahmadi, stands amid the debris of Ahmadi's house that was damaged in a US drone strike in the Kwaja Burga neighbourhood of Kabul on September 18, 2021. (Photo by Hoshang Hashimi / AFP)
Highlights
US drone strike killed 10 family members in Afghanistan

Relatives of an Afghan family that lost 10 members, including seven children, to a US drone strike last month demand justice from international institutions and a face-to-face apology from American officials. 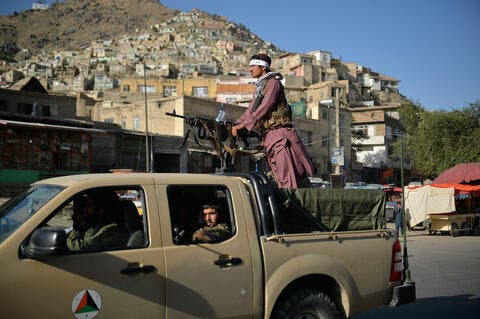 The Pentagon had insisted for over two weeks that the August 29 strike was warranted and necessary to prevent an attack on American troops in the wake of a bombing at the Kabul airport that killed 13 US military servicemen and scores of Afghan civilians.

The Pentagon launched a drone strike against an innocent family in Afghanistan. Now, weeks later and after all of us already knew that they did it, they finally came to the conclusion that they did it.

A unique mixture of murderous and inept that only comes from government.

Ezmarai Ahmadi was wrongly identified as a Daesh-K terrorist by US intelligence, which tracked his vehicle for eight hours before targeting the car with a missile fired from a Reaper drone. Ahmadi was a civilian who, ironically, worked for a California-based aid organization in Afghanistan.

On Friday, a top US general finally admitted the attack was an error, and US Defense Secretary Lloyd Austin apologized to the relatives of those killed.

The survivors of the attack and grieving relatives of the victims, however, said an apology was not enough.

“No one (has contacted) with us to apologize," said Emal Ahmadi, the brother of Ezmarai Ahmadi.

"I lost ten members of our family and the US should pay," added Emal, who lost his toddler, Malika, to the US strike. "We demand justice from international institutions... Then we want compensation."

Another relative of the victims, Farshad Haidari, told AFP, "They must come here and apologize to us face-to-face.”

"They must come and compensate," he demanded. "They were not terrorists, and now it is clear for them and all the world to see," he said of his relatives.

Calling for justice, he also demanded the authorities to "capture and prosecute" those responsible for firing the missile.

General Kenneth McKenzie, the head of US Central Command, claimed full responsibility for what he said was a "mistake."

The general said Washington was studying how payments for damages could be made to the families of those killed.

The killing of 10 civilians on 29 Aug by a US drone strike in Kabul has caught world's attention. But, US drones killing innocent civilians is not new. In the last decade, up to 2200 civilians & 454 children have been killed by US drones in Afghanistan, Pakistan, Somalia & Yemen.

McKenzie said the drone strike that was launched in the chaotic hours after the deadly bombing near the Kabul airport, had been meant to prevent another attack on US troops. 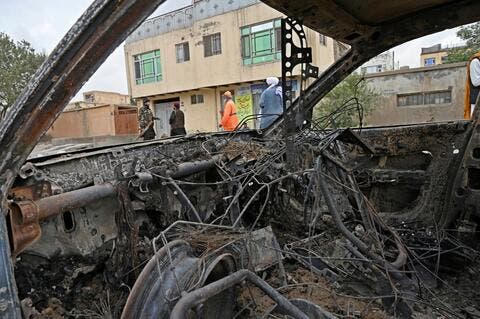 In the days since, he said, Washington has determined that "it is unlikely that...those who died were associated with, Daesh K, an affiliate of the notorious Daesh terrorist organization.

The US-led invasion of Afghanistan in 2001 removed the Taliban from power, but it worsened the security situation in the country. Two decades later, the Taliban have returned to power again.