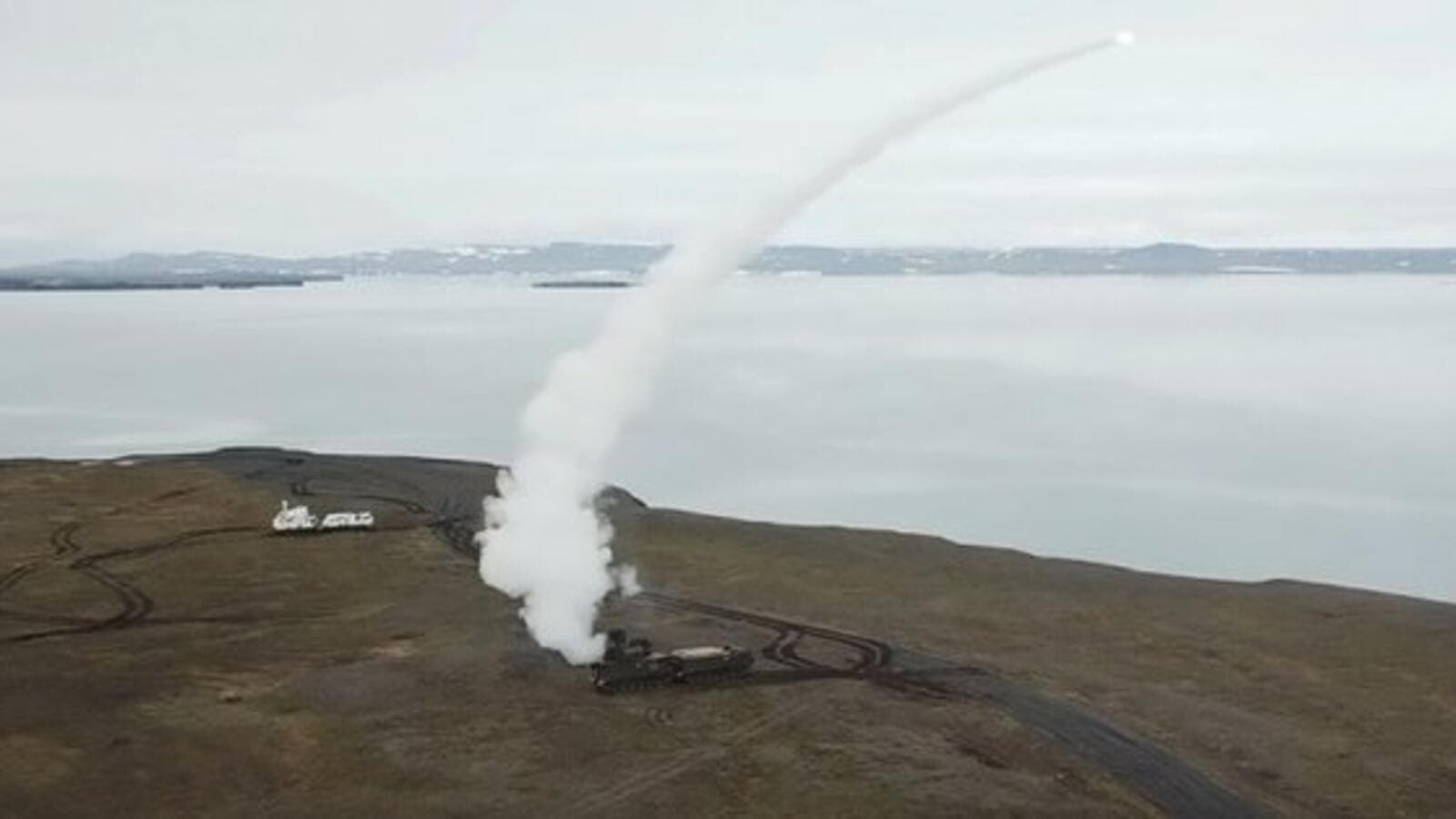 The Tor-M2DT missile system has a vital role in Russia’s re-armament of the Arctic (Twitter)
Highlights
According to the report, the Tor-M2DT missile defense system is capable of detecting up to 40 moving aerial targets at a range of 15 kilometers and at altitudes of 12,000 meters.

The Russian Navy has reportedly deployed and test-fired its new Tor-M2DT air defense missiles, designed to cope with the freezing temperatures of the country’s Arctic region.

The first two vehicles carrying the anti-air missiles arrived in Russia’s southern shores of Novaya Zemlya earlier in the week on board the Northern Fleet’s Kondapoga amphibious ship sailing from the Kola Peninsula, Russian navy’s press service in Severomorsk announced as cited in a Friday report by The Moscow Times.

First unveiled at the Victory Day Parade on Moscow's Red Square in 2017, the report further added that the Tor-M2DT vehicles with anti-aircraft missiles were specially designed for use in Russia's frigid Arctic regions and can still function at temperatures as low as minus 50 degrees Celsius.

According to the report, the Tor-M2DT missile defense system is capable of detecting up to 40 moving aerial targets at a range of 15 kilometers and at altitudes of 12,000 meters.

All of the islands and archipelagos are located along Russia’s Northern Sea Route.

Shooting drills were also conducted on target drones flying at different altitudes, both within sight and while hidden behind clouds, the report added.

The all-terrain anti-air missile system consists of two wagons. The first contains the track and steering while the other consists of radar and missiles launchers.

The development came nearly two months after Moscow launched a nuclear-powered icebreaker at the Baltic Shipyard in St. Petersburg, in what seemed to be an extension of Russia's efforts to boost its ability to tap the Arctic’s commercial potential.

The ship, designed to be crewed by 75 people, is one of a trio, code-named Project 22220, which will be the largest and most powerful icebreakers in the world when completed.

“Today we are floating the third ship, or the second serial one of Project 22220 - the Ural. They are the ships from new generation icebreakers of that class that we pin our hopes on in exploration of the Northern Sea Route. It is a principally new ship,” said Russian Deputy Prime Minister Yuri Borisov during the launching ceremony on May 25.

The advanced icebreakers are powered by a new module nuclear reactor, which is far more powerful than those mounted on previous vessels of Project 22220, said Baltic Shipyards Director General Alexei Kadilov.