Published March 1st, 2018 - 02:54 GMT
The Saudi government is indicating that it will not accept an American contract to build the reactors if it comes with strings attached. / Shutterstock

Saudi Arabia is Quietly Planning to Enrich Uranium and Trump Administration Wants in on Business, even as it seeks new ways to qualify the Iran Deal.

Mohammed Bin Salman, Saudi Arabia’s crown prince and new power broker may be reform-minded in some ways, but in regard to Iran he is an arch traditionalist. His status as America’s new favourite Arab leader, his liberal economic agenda and his diplomatic clout give him several political cards.

One avenue for Saudi leveraging against Iran and its remaining nuclear capabilities emerged in late 2017. Amidst Saudi Arabia’s aims for economic diversification, the kingdom decided to also broaden its energy capabilities, and opened bids from foreign companies to build two nuclear reactors. 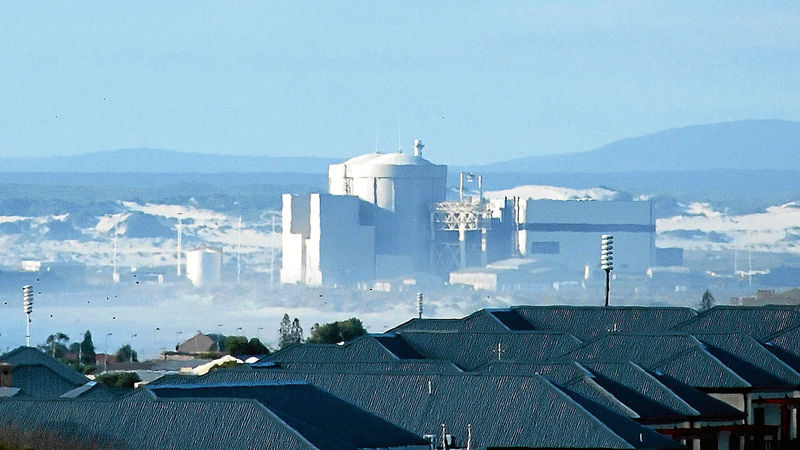 In March 2017, Westinghouse filed for Chapter 11 Bankruptcy in the United States because of US$9 billion of losses from nuclear reactor construction projects.

These multi-billion dollar contracts caught the eye of the US government, who sensed an opportunity for making good on Trump’s campaign promises of job creation, by reviving the US nuclear industry. This seemed particularly pertinent for the American firm involved, Westinghouse, which is as good as bankrupt and facing a takeover by a Canadian firm.

However, there is a serious catch for America. The Saudi government is indicating that it will not accept an American contract to build the reactors if it comes with strings attached limiting uranium enrichment, or at least not without further restrictions on Iran.

Given the sinister reputation that enriched uranium has, the basic science of enrichment is worth contextualising. As a raw element, uranium cannot produce nuclear reactions, because only a small percentage, (about 0.7%) of its molecular mass is made up of the U-235 isotope that produces that reaction. For generating nuclear energy in a power station, the proportion of that reactive isotope needs to be increased, or “enriched”, to between 3 and 4%, and to build a bomb, it must be enriched to 90%.

Typically, sales of American nuclear material or equipment to other nations must be bound by what is known as a 123 Agreement. Content of a 123 Agreement varies, but it typically sets tight restrictions on what a country is allowed to do with that material. A previously proposed Agreement with Saudi Arabia would set extremely tight limits on how far the uranium can be enriched.

However, Riyadh has responded that it should have a sovereign right to enrich uranium as it likes, so long as does not produce nuclear weapons with it as per the international Non-Proliferation Treaty. Prince Turki al-Faisal has previously said that Saudi Arabia was only demanding the same rights as other members of the NPT, including Iran.

If the US fails to give Saudi Arabia a freer reign, there is nothing to stop it turning to Chinese or Russian providers of nuclear equipment. This fact has prompted even analysts who would prefer to avoid Saudi nuclear capability suggesting that America give them what they want, so as to retain at least some non-proliferation control. However, there is another bargain that they might take. If Trump were to clamp down further on Iran’s limited nuclear capability under the Obama-era deal, as he has repeatedly said he will, then Riyadh might accept a limited 123 Agreement. 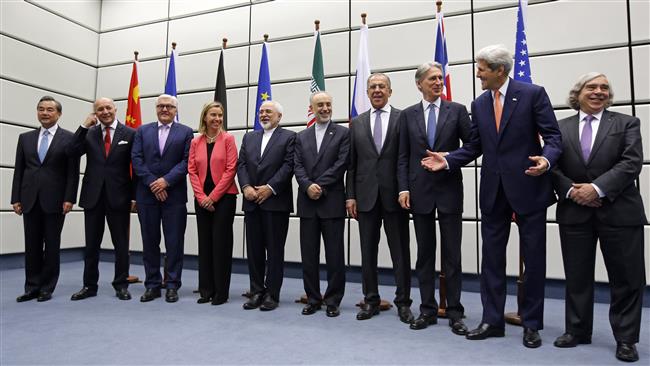 Senior diplomats from Iran, the P5+1 group of world powers and the European /AFP

The Role of the Iran Deal

This leaves America in an unfortunate bind. Whilst Trump made eliminating the Iran deal a campaign promise, some of his senior security advisers have advised him to stick with it. If Trump does try and legislate further changes to the deal, which would be legally very difficult to do anyway, there is a serious chance that Iran will abandon it too, with dangerous consequences. There is also very little evidence that a re-imposition of unilateral American sanctions would be able to weaken the Iranian government to the point of change.

However, the alternative is to give Saudi Arabia a freer rein for uranium enrichment. This is not only a setback for non-proliferation goals, but setting up a potential future risk. Mohammed Bin Salman may be America’s man now, but a lot can change in a few decades, during which time Saudi Arabia could expand its nuclear capabilities beyond merely energy. American jobs are indisputably what a US President should be looking out for, but a serious assessment of the viability of the Westinghouse contract is called for. Given the company’s financial situation, half of the money involved in the Saudi project would end up being spent abroad.

Yet Riyadh’s toying with American’s nuclear industry is only one example of how it is using its diplomatic and economic clout against its Shia rival. This rivalry emerges right across its foreign policy calculus. Robert Mogielnicki, a senior analyst at the Siwa Group consultancy and a specialist in the political economy of the Gulf States, told Al Bawaba:

“Saudi Arabia can seek to limit the willingness of other countries to engage with Iran. For example, the 13-point list of demands provided to Qatar in June 2017 specifically mentions curbing diplomatic and military cooperation with Iran. Meanwhile, the list of demands limits trade and commerce with Iran to activities that fall within the framework imposed by US and international sanctions.

And this intense competition embedded throughout Saudi policy is one that all world leaders will need to bear in mind going forward. Mohammed Bin Salman is proving himself extremely adept at, to paraphrase Donald Trump, the art of the trade-off. He is supplanting his long game against Iran within other nations short-term interests. Yet the risks of letting him make too many gains are substantial.

Iran is down but it is not out, and isolating it in the international arena will make it far more combative, and more determined to get back to developing nuclear assets. The Saudi-Iranian competition has already had devastating consequences for those caught in the crossfire of its violent manifestations. Upping the stakes will only add to the devastation.