Reneging on the Nuclear Deal Will Isolate America, Empower China, and Distance Europe

The future of the Iran nuclear deal is looking increasingly vulnerable. The Joint Cooperative Plan of Action (JCPOA) narrowly survived President Donald Trump’s first year of office, despite his campaign promises to finish it. In something of a climb-down, Trump did actually grant a sanctions waiver as per the JCPOA in January, on condition that the deal brokers fix certain vulnerabilities in it.

However, opponents of the original deal have now zeroed in on Trump’s conditions as well, insisting that these must be completed or the deal is void.

Aside from the near-impossibility of legislating those conditions, constant threats to pull out or renegotiate gives ever more advantage to the hardline factions in Iranian politics, who were opposed to any rapprochement with the West in the first place. Yet whether they are focusing their advocacy on Trump’s conditions or demanding he withdraw from the deal as a whole, JCPOA opponents remain of the view that they can cripple the Iranian economy. This plan is an unnecessary gamble with poor odds at best, and a severe miscalculation at worst.

Fresh sanctions will certainly be a thorn in the side of the Iranian regime. But the evidence that a new round will ruin its chances of holding on to power is thoroughly unconvincing. Europe continues to stand by the deal and the other states that brokered the deal are so far refusing to walk back on it. For that, they have the support of the European business community, who are hoping to take advantage of Iranian markets. In defiance of Trump, European banks are finding ways to extend lines of credit to Iran.

Despite the EU’s charm offensive in support of the deal on Capitol Hill after Trump took office, JCPOA opponents insist that European businesses will cut their losses and go elsewhere if America withdraws from the deal. This is most likely true. Whilst there are certain blocking measures that the EU could take to protect European businesses working in Iran, those same businesses will not be willing to endanger their relationships with the American markets. It would be bad for trans-Atlantic relations if EU businesses were strong-armed into this position, but it would effectively hamper European investment.

That said, American sanctions are not time machines. The fact is that Iran’s situation has changed since the days before the JCPOA. 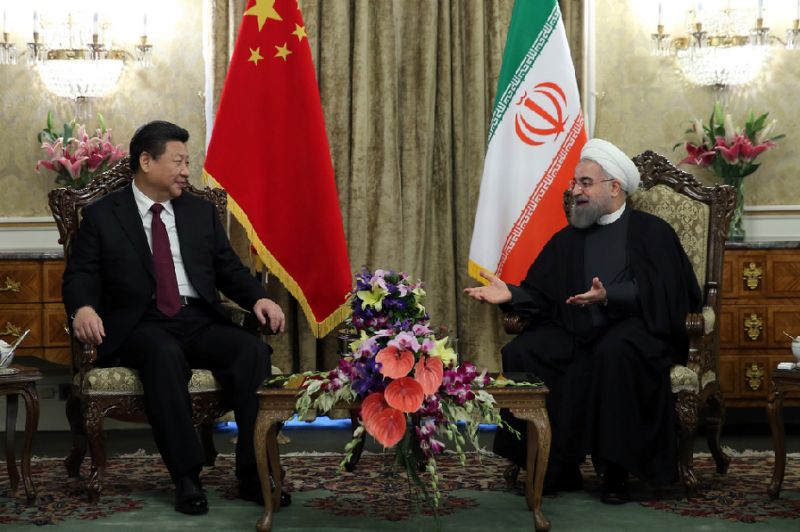 “The economic situation in Iran is affected by both internal and external factors. Sanctions were an external pressure on Iran's economy, which make international trade hard for Iran until after the JCPOA. However, even in case the US leaves the deal, the internal factors are different from the 2005-2013 period. After Rouhani was elected in 2013, sanctions were there, but the inflation rate dropped from around 35% to 15%. It also hit a record low of 8% and is expected to remain a single digit figure for the second year, a record for the last three decades. GDP growth also rose from -6.7% in 2012 to 4.3% in 2014.”

Nor is the EU the only foreign investor with their eye on Iran. Hosseini added:

“For sure, the failure in fully implementing the JCPOA will cause some political pressures for the Rouhani administration. My point is that although it may face some pressure, the government has since been equipped with deeper knowledge of how to manage the pressures, and other trade partners and routes to help alleviate it. Iran has started to activate the other potential corridors of trade, especially with India. One can track the changes by looking at the deals in the recent visit of Rouhani to India.”

That is, even if Europe’s business is disrupted, the real shot in the arm for Iran will come from Asia. India is one such partner but China is another, and China’s ambitions for Iran are far too grand to be stopped by American sanctions. Iran is central to China’s reinvigoration of the historical Silk Roads.

The One Belt One Road (OBOR) project is China’s most ambitious infrastructural development project right now, and it intends to refashion Eurasian trade routes with a Chinese-centric trading network. The planned infrastructural investment for OBOR is worth $900 billion. And Iran is indispensable to this plan. Iran’s ace in this game is its location. It bridges central Asia with both Europe and the Middle East. Whilst the routes are not yet set in stone, trying to envisage the project working without Iran is futile.

There will be both a maritime and a rail route within OBOR’s umbrella, and all goods exported by rail from China going to Europe or Russia will go through Iran. And the rail link to Iran has already proven its commercial worth. The first train taking the OBOR rail left Zheijiang province in China in 2016, and arrived in Iran fourteen days later. The equivalent journey of a cargo by sea takes forty-five days. The more that the railroad gets used, the more transiting journeys carrying Chinese goods into Europe and Russia will leave from Iran, boosting its income as a transport hub, and integrating it further into regional economies. China is also spending $22 billion financing a rail network within Iran to improve the country’s internal connectivity. Its trains will travel at 300 kilometres an hour, connecting Tehran to Qom to Isfahan in an hour and a half.

China had already pledged in 2016 to spend $600 billion on investments in Iran, and it has continued to do so throughout Trump’s dithering on the deal. It extended $10 billion in credit lines to Iranian banks in late 2017. But it is not only Iran’s geography it needs, but also its oil. China’s reliance on oil imports has increased, and imports will likely make up nearly 70% of demand for the next two years. Iran’s position among its providers fluctuates, but it has previously provided 11% of China’s imports.

The question then is how much American sanctions can hurt China’s plans for Iran. It is particularly around crude oil that sanctions’ influence is felt, and China has not been immune in the past. For instance, in 2011-2012 China had to reduce its imports of Iranian oil, in order to qualify for a waiver from sanctions that penalised banks dealing in Iranian crude. However, the sanctions that affected China then were multilateral, having been established by a resolution of the UN Security Council. And the fact is that unilateral American sanctions will be an irritation to Chinese trade with Iran, but will not be nearly so far-reaching, as some Republicans are recognising.

Dr Kamiar Mohaddes, a senior lecturer in economics at the University of Cambridge, told Al Bawaba:

“Our work has shown that sanctions do harm the Iranian economy mainly through its impact on oil revenue (without having any significant effects on the global oil markets, i.e. oil prices). However, we also illustrate that they only affect the Iranian economy if oil exports revenue drops, but that requires the sanctions to have a multilateral dimension. In other words, unilateral sanctions by the United States on their own will only have limited effect on the Iranian economy.”

Whilst US sanctions and the end of the JCPOA would hurt the Iranian economy, especially in the short term, it is thoroughly wishful thinking to suggest that unilateral American sanctions will be able to cripple the Iranian economy to the point that power will change hands. The world has moved on since before the JCPOA, and while Iran’s economic troubles are severe, they have new economic partners to move forward with, whose plans are too big to be stopped by America’s foreign policy demands.

Toying with or abandoning the JCPOA now has no strategic advantage. It serves only to relinquish the influence that America and the rest of the world has left in Iran, and to kick over the strongest barrier to Iranian nuclear development.

Ideology cannot be allowed to defeat security as America makes its next move. A President who prides himself on deal making must now realize that there is far more to lose by walking away.