Scores of Syria Civilians Block US Military Convoy in Hasakah, Force it to Return

Published June 16th, 2021 - 10:20 GMT
A US military vehicle, part of a convoy, drives near the town of Tal Tamr in the northeastern Syrian Hasakeh province on the border with Turkey, November 10, 2019. (Delil Souleiman/AFP)

Amid lingering public resentment over the deployment of American troops in northeastern Syria, scores of people have blocked a US military convoy that was attempting to pass through their community in the province of Hasakah. 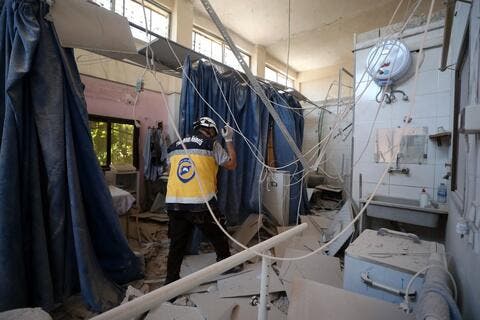 According to Syria’s official news agency SANA, the convoy of four military vehicles was forced to turn around and head back in the directions it came from after locals intercepted it in the village of Farfara. The villagers threw stones at the convoy.

US military logistical convoy transporting equipment and military supplies to the US base in the city of “al Shaddadi” in rural #Hasakah province.#Syria #USA #Syrianarmy🇸🇾please feel free to follow for daily Syrian updates🇸🇾 pic.twitter.com/YHU8Qgq1Os

SANA said the convoy was accompanied by a car belonging to US-sponsored Kurdish militants affiliated with the SDF group.

On Tuesday, a convoy of nearly three dozen US military trucks reportedly carried tons of grain from Syria’s Hasakah province to the semi-autonomous Kurdistan region in northern Iraq.

Also on Tuesday, several helicopters transferred logistical materials and munitions to the US military base in al-Shaddadi town, which lies in the southern flanks of Syria’s Hasakah province.

The US military has stationed forces and equipment in northeastern Syria, with the Pentagon claiming that the deployment is aimed at preventing the oilfields in the area from falling into the hands of Daesh terrorists. Damascus says the deployment is meant to plunder the country's resources.

The US first confirmed its looting of Syrian oil during a Senate hearing exchange between South Carolina Republican Senator Lindsey Graham and former US secretary of state Mike Pompeo in late July last year.

On July 30 and during his testimony to the Senate Foreign Relations Committee, Pompeo confirmed for the first time that an American oil company would begin work in northeastern Syria, which is controlled by SDF militants.

Former president Donald Trump also admitted on more than one occasion that American forces were in Syria for its oil.

After failing to oust the Syrian government through proxies and direct involvement in the conflict, the US government has stepped up its economic war on the Arab country.

Last June, the US enacted the so-called Caesar Act that imposed the toughest sanctions ever on Syria with the alleged aim of choking off revenue for the government.

“A US military convoy patrols near the oil fields of Ramalan, escorted by helicopters on Thursday in Kurdish-controlled northeastern Hasakah province” — via @K24English.

The sanctions, however, have crippled the war-torn country’s economy by prohibiting foreign companies trading with Damascus.

The US and the Europeans had already banned export and investment in Syria, as well as transactions involving oil and hydrocarbon products. 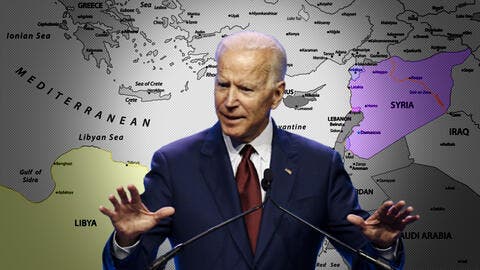 Syria has said the real purpose of the measures is to put pressure on Syrians and their livelihoods -- an inhumane attempt to suffocate ordinary people.

Officials also say the stepped-up smuggling of strategic Syrian resources is the latest inhuman tactic using people's basic needs as a tool to pressure the government.