Published January 13th, 2022 - 09:57 GMT
U.S. President Joe Biden pauses at the casket of former U.S. Senate Majority Leader Harry Reid, who died December 28, as it lies in state in the U.S. Capitol Rotunda on January 12, 2022 in Washington, DC. AFP/File Photo
Highlights
Biden made the error while speaking to students at the Clark Atlanta University

President Joe Biden has again referred to Vice President Kamala Harris as 'President Harris' in yet another slip of the tongue - this time during his voting rights speech in Atlanta on Tuesday. 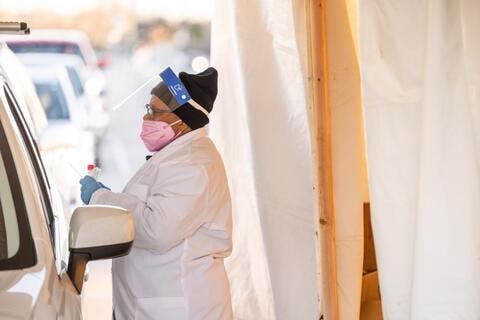 The gaffe-prone leader of the free world was talking about killing the Senate filibuster on the campus of Clark Atlanta University and Morehouse College on Tuesday when he made a slip he has done multiple times.

Students and faculty listening to his speech at the Atlanta University Center Consortium did not seem to notice the slip-up - and he did not bother to correct himself.

Referencing last year's Capitol Hill riot on January 6, he told the crowd: 'Last week, President Harris and I stood in the United States Capitol to observe one of those before and after moments in American history.'

Biden has referred to his second-in-command as 'President Harris' multiple times since coming into office - including at a speech in South Carolina last month.

However Biden was quick to correct his language on Tuesday, making sure to change 'damn' to 'darn' and 'hell' to 'heck' - much to the amusement of the crowd, who laughed on both occasions.

When expressing how hard he worked on getting Stron Thurmond to vote for extending the Voting Rights Act, he told the crowd: 'You have no idea how damn ha- — how darn hard, I worked on that one.'

And while referencing a new Georgia law which will make it illegal to deliver drink or food to people waiting in line to vote, he said: 'What in the hell — heck are we talking about?'

He also seemed to make a joke about being arrested while speaking about the Civil Rights movement.

Biden talked of how he had 'walked' certain 'grounds', adding: 'Seems like yesterday, the first time I got arrested - anyway.'

It was not clear what he was referring to but it comes after he had to walk back a claim that he was arrested while trying to see Civil Rights icon Nelson Mandela.

One of the first moments Biden called Kamala 'President Harris' was in March last year, while offering updates on the vaccination program.

'When President Harris and I took ...' Biden said, before taking a moment to pause, 'a virtual tour of a vaccination site in Arizona not long ago, one of the nurses on that tour injecting people, giving vax each shot, was like administering a dose of hope.'

Vice President Harris was present during the remarks, but her reaction was not captured on camera.

Biden repeated the mistake in December during a gaffe-laden appearance at the South Carolina State University commencement ceremony.

He told the crowd: 'Of course, President Harris is a proud Howard [University] alum.'

And a year earlier, in December 2020, before the Biden administration was sworn in, Biden called Harris the 'president-elect.'

The repeated gaffes and slip-ups have sparked speculation of cognitive decline from right-wing conservatives, following an election campaign in which Biden repeatedly appeared to get tongue tied.

Booker joked, 'Well first of all, I'm grateful that he endorsed my presidency already.' 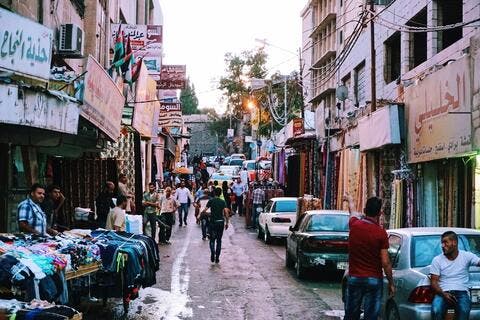 The Candy Cotton Seller Who Returned $23,000

Biden has spoken publicly about his lifelong struggle with stuttering, saying in February 2020 that he 'still occasionally, when I find myself really tired' catches himself stuttering.