Sectarianism is Like Racist Zionism Iraqi PM Blasts Out

Published April 20th, 2021 - 08:09 GMT
Members of the Iraqi security forces stand guard during the visit of the country's prime minister to take part in a ceremony in the southern city of Basra, to lay the foundation stones for the al-Faw grand port project, on April 11, 2021. Hussein FALEH / AFP
Highlights
The Iraqi prime minister paved the way for his own political project in direct talks with the religious parties.

Iraqi Prime Minister Mustafa al-Kadhimi paved the way for his own political project at a meeting with Shia and Sunni clerics over an iftar dinner, where he hinted that the era of sectarian quotas has ended. 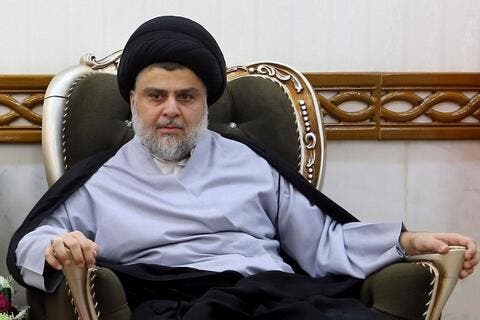 Kadhimi surprised members of the clergy representing sectarian factions who were in attendance by likening sectarianism to Zionism, calling on the clerics to adopt a moderate discourse.

He said, “Sectarianism is just like Zionism. It makes no difference. They all build their values on racism and the sowing of discord.”

Kadhimi paves the way for own political project in Iraq by attack on sectarianism. #Iraq https://t.co/YDJ6qNUGOH

Kadhimi’s escalation of his political narrative about the importance of the civil state, in what seems to  reflect likely support received from Arab countries, puts him on a collision course with the religious party forces that have ruled Iraq since 2003.

Among such parties in particular is the Dawa Party, which now seeks new alliances, especially with the Sadrist movement. The Dawa party seems to be acting on the principle, established by its current leader and former Iraqi Prime Minister Nuri al-Maliki, according to which there is no relinquishing of Shia rule in Iraq.

Maliki had indicated on a previous occasion in Iraqi dialect, “We shall not give it”, meaning we will not give up Shia rule.

An Iraqi analyst said, “Kadhimi is responding to the Hashed (Population Mobilisation Forces) and to Iran in their own language. They accuse him of being a lackey of the United States, Saudi Arabia and Israel, and he responds by describing them as Zionists. ”

Kadhimi draws support from moderate forces in Iraq, and has clear support from Iraqi President Barham Salih, but observers say that time is running out for the Iraqi prime minister before Iraqi elections scheduled for next fall.

Kadhimi is trying to restore the prestige of the state and its control over the country’s resources, but he is at odds with the concept  of “empowerment”, which means in practical terms apportioning state institutions, official positions and resources along  sectarian and partisan quotas.

An Iraqi parliamentarian who preferred to remain anonymous said, “Kadhimi has not adopted the discourse of opposition to sectarianism in a vacuum. He knows very well that this rhetoric finds deep resonance among the popular trends that were behind the protests that erupted in 2019. These  could at any moment regain their street momentum considering the deteriorating economic conditions for which no far-reaching solutions have been found and may in fact continue in light of the obstacles that have hindered the government’s plans to reexamine the budget cycle, fight corruption and curtail the influence of parties within the joints of the Iraqi state”.

Although the quota system is clearly at play in the distribution of ministries among political forces, the main threat to any political project fostered by Kadhimi could reside in two camps. The first is the Popular Mobilisation Forces that dominate the political and security landscape and challenge the authority of the state.

The other camp is the second line of civil service officials behind ministers, where party representatives control government departments in Baghdad and local administrations in the provinces.

It is not clear which formula Kadhimi is considering  as part of his plan to enter the partisan political arena in the upcoming elections. But it is certain that he is not about to repeat the experience of former Iraqi Prime Minister Haider al-Abadi, who won the war against the Islamic State (ISIS) extremist group but lost his political influence after hinting that he would not be a front for Iranian influence in Iraq.

Iraqi writer and activist Dhikra Muhammad Nader ruled out  any intent by Kadhimi to depart from the political system that is based on sectarian quotas.

Nader told The Arab Weekly that “Kadhimi is aware, based on his previous experience as head of intelligence, of all the inner workings of sectarian quotas and is a partner in this system. So he should not be expected to do anything that contradicts the system or undermines its existence.”

She stressed that Kadhimi, both as the holder of the highest government position or the initiator of a political project, is essentially incapable of fulfilling his promises, because political change in Iraq is beyond his ability to implement it.

She added, “The legislative, executive, and judicial establishments exist because of sectarian quotas and the sharing of spoils, and there is no national imperative among its political or moral considerations. ”

Kadhimi realises that the challenge is greater now that the people have been instilled with religious political  discourse; and those who are politically and financially empowered benefit from the current situation to reap more personal benefits, while the simple people are swayed by the religious discourse promoted by tens of thousands of Shia clerics representing the highest Shia authority (Marja’iya), religious parties and the Sadrist movement.

Analysts point out that Kadhimi does not forget that his ascent to power was the result of the protests that spread for months in the main squares of Iraqi cities as crowds rejected the ruling political class and sectarian parties. This strengthens his conviction that the vocal support for his anti- sectarian narrative is his asset in any future electoral  race .

Iraqi Prime Minister Mustafa al-Kadhimi paved the way for his own political project at a meeting with Shia and Sunni clerics over an iftar dinner, where he hinted that the era of sectarian quotas has ended. https://t.co/rkrgJmxxLb

Kadhimi said in his speech that “religion is the main pillar in the identity of Iraqi society, and Islam is an identity, and the constitution respects Islam, and stipulates that its principles should not be violated and that the feelings of the majority of the people should be respected and there should be no prejudice to its symbols and rituals.”

He added, “We are most in need today of spreading the hope and advocating for it through places of worship and clerics. We need hope that creates societies and helps us build our country.”

But Kadhimi’s political ambiguities are reflected in his call for clerics to “participate in a national dialogue between the various trends of the people, to build and support the country’s future.”

Religious minorities have complained of persecution in the country over the past two decades, while Sunnis have seen their political role marginalised by upheaval and violent sectarian conflicts. 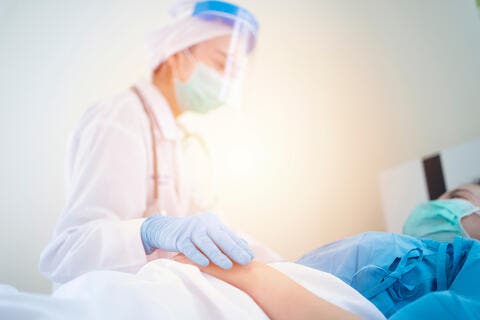 The sectarian quota system seems in some ways to have seized control of the present and future of Iraq, backed by militias.​

Millions of deprived, unemployed and enlightened youth have expressed their rejection of the sectarian system, which they consider as contrary to the history of the modern state in Iraq and an obstacle to building a citizen state based on the principle of social justice.