Four people were killed and five were missing after a four-storey building collapsed on the Italian island of Sicily following a gas explosion. 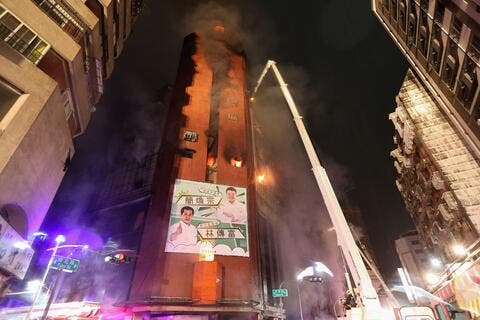 The building set on fire after a natural gas pipe exploded in southern town of Ravanusa near Agrigento, the southwestern Sicilian city famous for its Greek temples, reports Italian news agency ANSA.

Four people died and six others were missing after the collapse of four buildings caused by an explosion in #Ravanusa, in #Sicily. A gas explosion could be the cause of the disaster. I want to express all my solidarity to the families of the victims and to rescue forces. #Sicilia pic.twitter.com/RW1w7owC8T

Two women were recovered alive from the rubble after the collapse on Saturday night, and rescuers and sniffer dogs were still searching the rubble for the missing, believed to include a young couple expecting a baby.

One of the women saved is believed to be an 80-year-old who was taken to the local Licata hospital with serious fractures. The other appears to be her sister-in-law who rescuers were able to find after they heard her phone ringing amidst the rubble.

The local unit of Italy's civil protection service confirmed on its Twitter feed that the death toll currently stood at four.

Television images showed a mass of rubble and wooden beams in a large empty space where the building once stood, with neighbouring buildings charred and damaged.

The explosion was likely caused by a gas leak, said authorities, who have opened an investigation.

'The gas probably found a cavity in which to accumulate,' the head of firefighters in the province of Agrigento, Giuseppe Merendino, told the Rainews24 TV channel.

'This pocket of gas would then have found an accidental trigger: a car, an elevator, an electrical appliance.'

A building collapsed after a pipe of natural gas running beneath it exploded killing 4 people in the Italian city of Sicily. https://t.co/qb0OwHggNH

Soon after the explosion Saturday night, Ravanusa Mayor Carmello D'Angelo appealed on Facebook for 'everyone available who has shovels and bulldozers.' 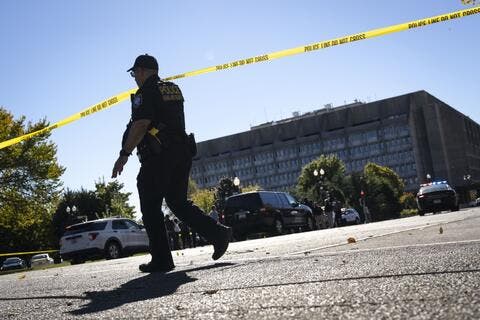 'There has been a disaster,' he said.

About 50 people have been displaced, D'Angelo told Rainews24, as two adjacent apartment buildings were also damaged in the explosion.