Published July 23rd, 2021 - 03:51 GMT
Soldiers of the Armed Forces of Haiti guard carry the casket of slain President Jovenel Moïse before his funeral on July 23, 2021, in Cap-Haitien, Haiti. Moïse, 53, was shot dead in his home in the early hours of July 7. Valerie Baeriswyl / AFP

US officials attend the funeral of the slain Haitian President Jovenel Moise as his body arrived on Friday to his hometown of Cap-Haitien, amid violence in the divided Caribbean island nation. 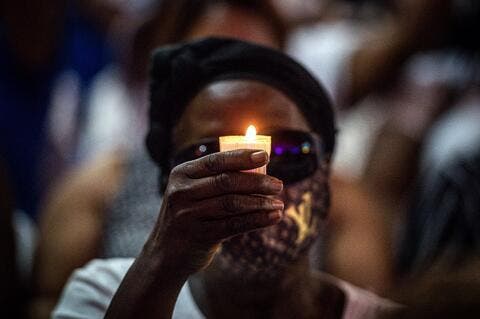 Is a US-based Security Firm Involved in Killing The Haiti President?

The region has been marred by protests and violence since Moise was assassinated on July 7 by gunmen who launched an attack on his home in Port-au-Prince.

Members of the military covered Moise's coffin in Haiti's flag in preparation for the funeral.

The White House said Friday that U.S. Ambassador to the United Nations Linda Thomas-Greenfield is leading the American delegation to Haiti to attend Moise's funeral.

"The delegation will reiterate the United States' commitment to working with Haiti's new government to support its investigation into the assassination of President Moise, expand COVID-19 vaccination efforts, and promote security and the rule of law," a U.S. official told The Hill.

BREAKING: Shots fired at the assassinated Haiti president Jovenel Moise's funeral. Forcing a U.S. delegation and other dignitaries attending the funeral to evacuate. 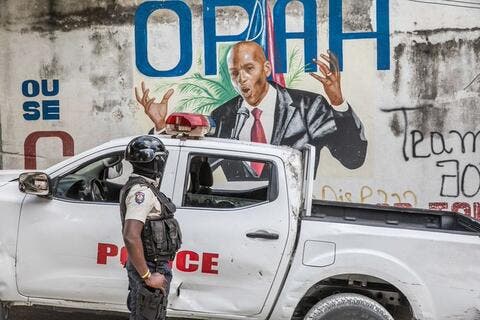 A Conspiracy! Who Killed The President of Haiti?
— Anonymous (@LatestAnonNews) July 23, 2021

"And [they] will urge members of Haiti's new government to work with civil society to find solutions to the many pressing challenges facing Haiti and facilitate long-term stability and prosperity."

Haitian authorities have arrested a number of people they suspect were complicit in Moise's assassination.