At least 22 people including 10 kids have lost their lives after a heavy snow storm left an estimated 125,000 cars stranded in a mountain resort town in Pakistan. 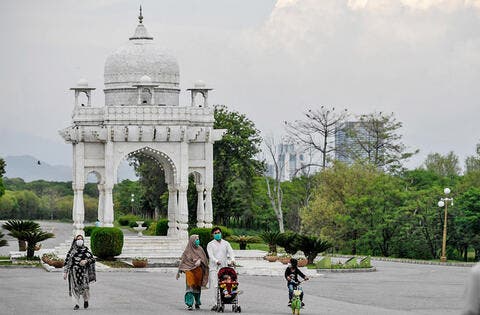 Eight of the fatalities were from the family of Islamabad police officer Naveed Iqbal, who died alongside his wife and six children.

Police said most people had frozen to death in their cars but that others may have died from asphyxiation after turning on their vehicle's heaters to keep warm after getting stuck on the road.

Shocked that 10 children are among the 22 dead after a snowstorm near Pakistan's resort town of Murree stranded thousands in their vehicles overnight on a highway. On behalf of many in India, I wish to convey profound condolences on this tragedy. Prayers. @PakinIndia

More than four feet of snow fell in the hillside town overnight on Friday, trapping tourists and blocking all incoming traffic to Murree, around 70km northeast of the capital Islamabad, the next day.

Interior Minister Sheikh Rashid said the military had been mobilised to clear roads and rescue thousands still trapped. The Punjab province chief minister's office said the area had been declared a 'disaster area' and urged people to stay away.

Soldiers, including a special military mountain unit, were called in to assist rescue efforts and had freed thousands of vehicles by Saturday morning, though thousands more were still stuck in the area.

Murree is a popular winter resort that attracts more than a million tourists annually though streets leading into the city are often blocked by snow in winter.

Umar Maqbool, a local administrator, said the heavy snowfall hampered rescue efforts during the night and even heavy equipment brought in to clear the snow got stuck initially.

'Until [the military arrived] no vehicle or even people on foot are allowed to enter Murree except for the emergency and rescue vehicles and those bringing food for the stuck people,' interior minister Sheikh Rashid Ahmed said.

'People are facing a terrible situation,' Usman Abbasi, a tourist stuck in the town where heavy snow was still falling, told AFP by phone.

For days, Pakistan's social media has been full of pictures and video of people playing in the snow around Murree, a picturesque resort town built by the British in the 19th century as a sanatorium for its colonial troops.

Snowstorm kills 22 in their cars after roads get blocked https://t.co/nvD3Z3kSim

Prime Minister Imran Khan said he was shocked and upset at the tragedy.

Authorities warned last weekend that too many vehicles were trying to enter Murree, but that failed to discourage hordes of day trippers from the capital.

'It's not only the tourists, but the local population is also facing severe problems,' tourist Abbasi told AFP.

'Gas cylinders have run out and drinking water is not available in most areas - it's either frozen or the water pipes have been damaged due to severe cold.'

He said hotels in the town were running out of food, and mobile phone services were patchy.

The town of around 30,000 clings to the side of steep hills and valleys and is serviced by narrow roads that are frequently clogged even in good weather.

Sheikh Rashid said residents had sheltered people trapped in the town and provided blankets and food to those they could reach on the outskirts. 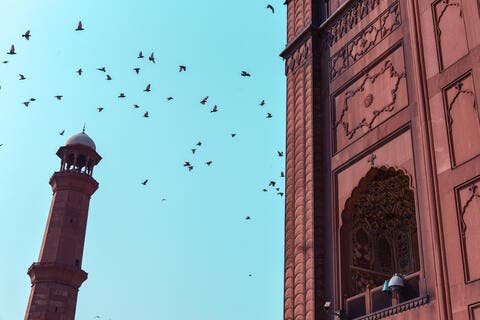 Ethnic and Religious Groups in Pakistan: Status and Position

Authorities said schools and government buildings had taken in those who could make it to the town from the clogged roads.

Helicopters were also on standby for when the weather cleared. Among the dead were 10 men, 10 children and two women.

Over 100,000 Protest Against Vaccine Passports in France