Published December 5th, 2021 - 01:05 GMT
Five people were killed and over a dozen injured in a car bombing near a school in Somalia's capital Mogadishu on November 25, 2021, a security official said, in the latest attack to hit the troubled country. (Photo by AFP)
Highlights
Al-Qaeda-affiliated terrorist group al-Shabaab says blast targeted soldiers of southern South West state

At least five people including civilians were killed and more than six others wounded when a bomb went off at a busy restaurant in southern Somalia on Sunday, officials said. 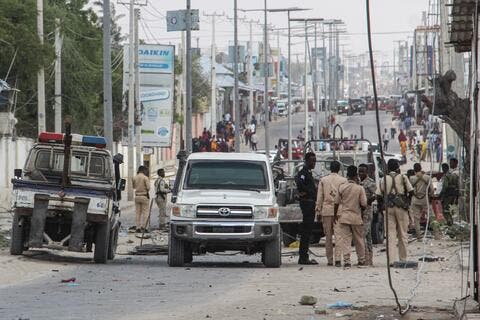 The bomb blast took place in the vicinity of Awdhegle, 30 kilometers (18 miles) from the city of Baidoa, the provincial capital of the Bay region, in the South West state.

"The attack was a remotely controlled bomb which was camouflaged and smuggled into the restaurant and killed at least five people, including one soldier," Omar Mahamed, a police officer in Baidoa, told Anadolu Agency over the phone.

Eyewitness told Anadolu Agency that they had seen several wounded civilians, including a woman who was in the vicinity for shopping.

Al-Shabaab, an al-Qaeda-affiliated terrorist group based in the Horn of Africa country, claimed responsibility for the attack, saying it had targeted soldiers of the South West state and killed at least two. 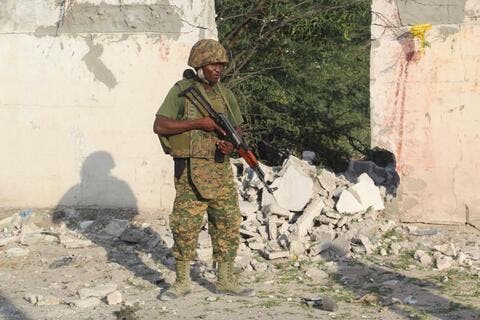 At least five people including civilians were killed and more than six others wounded when a bomb blast went off at a busy restaurant in southern Somalia, officials said https://t.co/cYgLJAcRU8 pic.twitter.com/ko7dXw1z26

In October 2017, at least 300 people were killed in a truck bomb attack in the capital Mogadishu blamed on al-Shabaab – the deadliest terror attack in Somalia’s history.