Published November 7th, 2021 - 11:31 GMT
A Sudanese youth sprays next to a stencil painting of the country's top army general Abdel Fattah al-Burhan, with a writing in Arabic that reads "leave" during a protest in the streets of the capital Khartoum, amid ongoing demonstrations against a military takeover that has sparked widespread international condemnation, on November 4, 2021. (Photo by AFP) 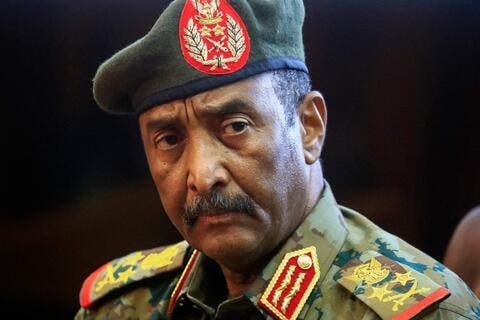 The calls were spearheaded by the Sudanese Professionals Association -- an umbrella of trade unions which were instrumental in the 2018-2019 protests against now-ousted president Omar al-Bashir.

The SPA urged protesters to set up barricades from Saturday night and stage two days of peaceful civil disobedience against the military's October power grab.

"The Sudanese people have rejected the military coup," the SPA said on Twitter, vowing "no negotiation, no partnership, no legitimacy".

"We will start by barricading the main streets to prepare for the mass civil disobedience on Sunday and Monday," it said, urging protesters to avoid confrontation with the security forces.

The calls have been circulated via text messages as internet services have been largely down since October 25, the day of the military coup.

Burhan also declared a state of emergency and detained Sudan's civilian leadership, including Prime Minister Abdalla Hamdok and members of his government.

Hamdok was later placed under effective house arrest and the military has since Thursday released four civilian members of his government. Other key figures remain in detention.

Punitive cuts
On Saturday, the SPA issued a proposal on the way forward after ousting the military leaders who led the coup, including restructuring the armed forces and dissolving the powerful paramilitary Rapid Support Forces.

The 13-point proposal will be "open for discussions and consensus among forces of the revolution," the SPA said in a statement.

The military takeover sparked a chorus of international condemnation, including punitive aid cuts, with world powers demanding a swift return to civilian rule.

It also triggered nationwide protests which were met by a deadly crackdown that left at least 14 demonstrators killed and some 300 wounded, according to the independent Central Committee of Sudan's Doctors.

Multiple mediation efforts for a political settlement between Sudan's military and civilian leaders have since been underway, with no sign of a breakthrough yet.

"There has been no progress in talks so far," one of the Sudanese mediators told AFP on Saturday on condition of annonymity.

On Saturday, the Arab League said a high-level delegation would travel to Khartoum to meet "various" political leaders.

The trip was aimed at "supporting efforts to move past the current political crisis," a statement from the Cairo-based pan-Arab organisation said.

Representatives of the Israeli government have also been trying to resolve the crisis, according to Israeli media reports.

Earlier this year, the club, which is made up of major creditor countries, had said it would cancel $14 billion of Sudan's $23.5 billion debt.

The military takeover has also prompted the World Bank and the United States to freeze aid. 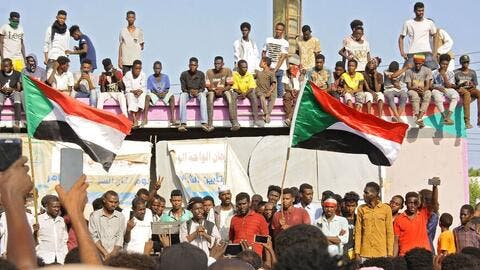 Is it a Coup? The Military in Sudan is Back With Force

On Friday, the UN Human Rights council joined global condemnation of the coup, with its head Michelle Bachelet describing the situation in Sudan as "deeply disturbing".

Sudan has since August 2019 been led by a civilian-military ruling council to steer a transition to full civilian rule.