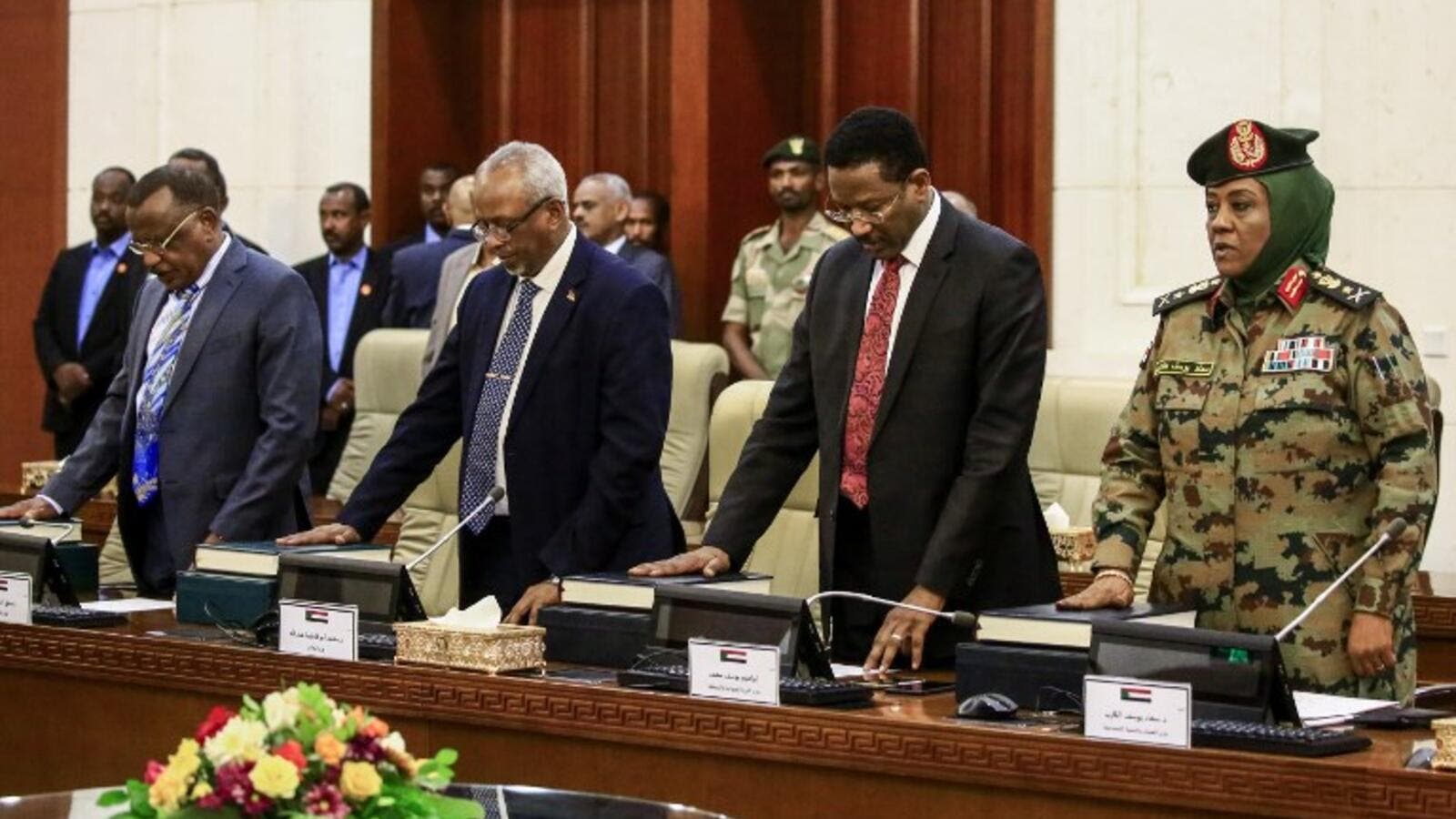 Members of Sudan's new cabinet newly-formed cabinet are sworn in at the presidential palace in the capital Khartoum on March 14, 2019. (AFP/ File Photo)

Crowds of protesters rallied in the Sudanese capital on Thursday as President Omar al-Bashir swore in a new cabinet to tackle an economic crisis that has triggered months of protests against his rule.

Chanting their movement's catchcry "Freedom, peace, justice" protesters took to the streets in areas of Khartoum and its twin city of Omdurman, witnesses said.

But security forces swiftly confronted them with tear gas and made several arrests, they said.

"How long will you remain silent?" chanted some protesters, urging residents to join the demonstrations.

During the day protests were staged in Khartoum's eastern district of Burri, a regular site of demonstrations.

Later in the evening, crowds of protesters, most of them women, demonstrated in the capital's upmarket district of Riyadh, where not many rallies have been held.

Carrying Sudanese flags, women clapped, ululated and chanted slogans against the government as they came out on one of the district's main streets, a witness told AFP.

Bashir on Thursday swore in a new cabinet tasked with tackling the economic crisis, the key factor behind the protests.

The new cabinet led by Prime Minister Mohamed Tahir Eila is Sudan's third government in less than two years, with the previous two sacked by Bashir for failing to revive the economy.

"We recognise the main issues, the issues of bread and oil, that need to be solved," Eila told reporters on Wednesday.

"The economic issues need to be solved immediately as it impacts inflation and our exchange rate."

Deadly protests have rocked the east African country since December 19 after a government decision to triple the price of bread
Sudan has for years been grappling with soaring inflation and an acute shortage of foreign currency, especially since the secession of south in 2011 that took away the bulk of oil earnings.

Deadly protests have rocked the east African country since December 19 after a government decision to triple the price of bread.

The protests escalated into nationwide demonstrations against Bashir's rule which stretches back three decades, with protesters calling on him to step down.

On February 22, Bashir imposed a nationwide state of emergency to quell the protests after an initial crackdown failed to suppress the movement.

Analysts say the protests have turned into the biggest threat to his rule since he came to power in an Islamist-backed coup in 1989.

Since the state of emergency came into force, the scale and intensity of protests have shrunk, with demonstrators taking to the streets mostly on Thursdays.

Officials say 31 people have died during the protests so far, but Human Rights Watch has put the death toll at 51.

Bashir has imposed several tough measures to curb the protests.

They include a ban on unauthorised rallies, permitting security forces to carry out raids and searches without warrants and setting up of emergency courts to investigate violations of the state of emergency.