Sudan: When Will The Protests End? 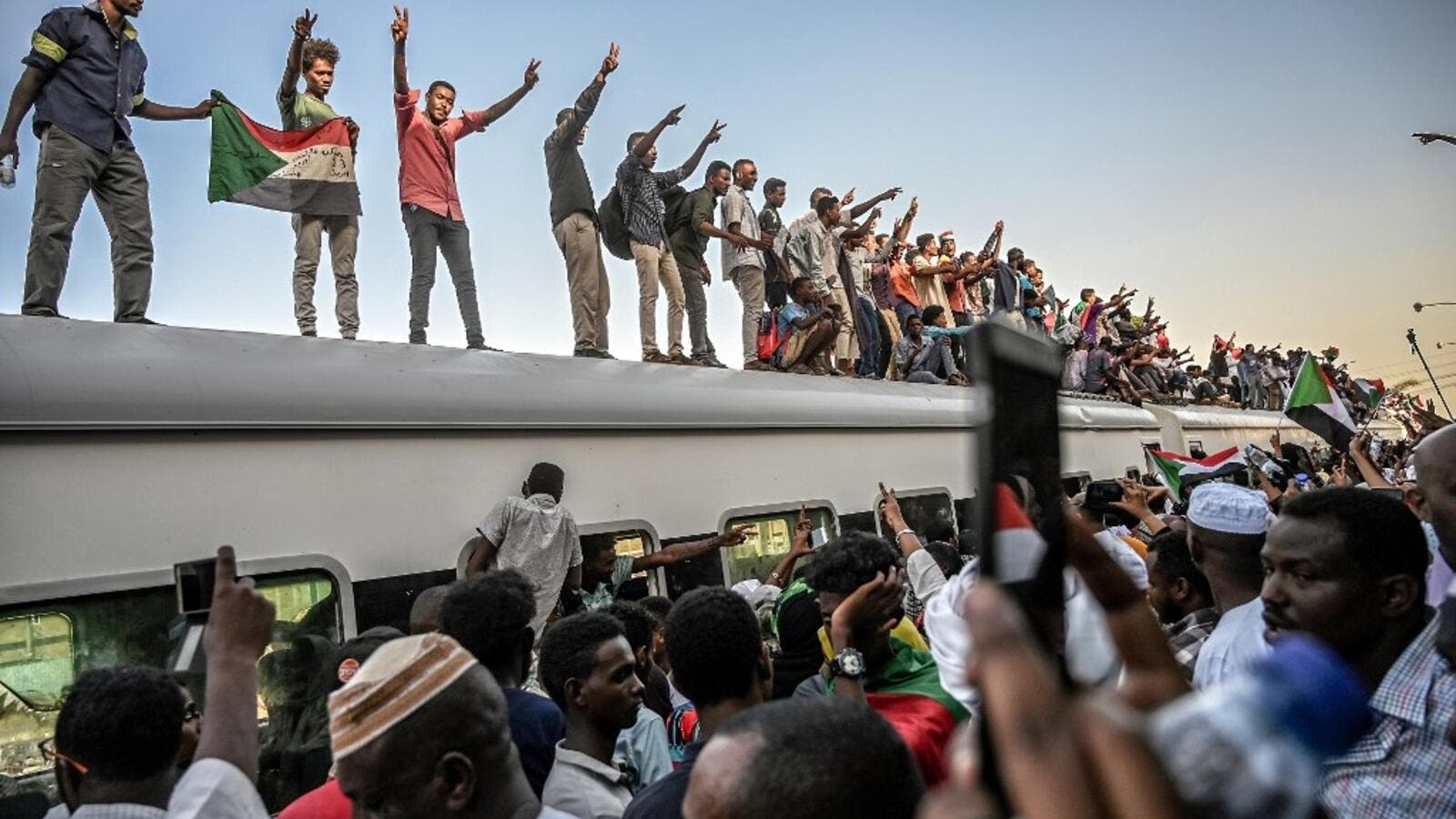 Sudanese protesters from the city of Atbara, flash the V-sign for victory and wave national flags atop a train, as it arrives at the Bahari station in Khartoum on April 23, 2019. (AFP/ File Photo)
Highlights
Anti-regime protests continued for an 18th day near military HQ in Khartoum.

Anti-regime protests continued for an 18th day near the military headquarters in Sudan’s capital, Khartoum, despite a military coup that overthrew longtime President Omar al-Bashir.

Thousands of protestors who gathered following calls from the Sudanese Professionals Association (SPA) and opposition urged the Military Transitional Council (MTC) to hand over power to a civilian administration.

The Freedom and Change Declaration Forces, the umbrella organization of the opposition, claimed regime forces would storm the protests, but soldiers did not intervene.

The MTC earlier announced that it was in contact with all parties to ensure political reconciliation. However, the Freedom and Change Declaration Forces accused it of not being serious because it sought to negotiate with the Forces of National Consensus, which supports the regime of ousted leader al-Bashir.

The opposition said it halted negotiations and would continue protests until power was granted to a civilian government.

The military previously announced that it would not use force to disperse the protestors but would also not allow the protests to negatively impact daily life.

Opposition groups had announced that they viewed the military council as a continuation of the former regime and would announce a civilian administration Thursday.

Earlier this month, the Sudanese military deposed President Omar al-Bashir, who has ruled Sudan since 1989, following months of popular protests against his rule.

The military also established a military council to run the country for a transitional period of two years.

Demonstrators have been staging a sit-in outside the military headquarters and are demanding that power be handed over to a civilian government.