Sudanese Protestors Take to The Streets Against Killing of Civilians 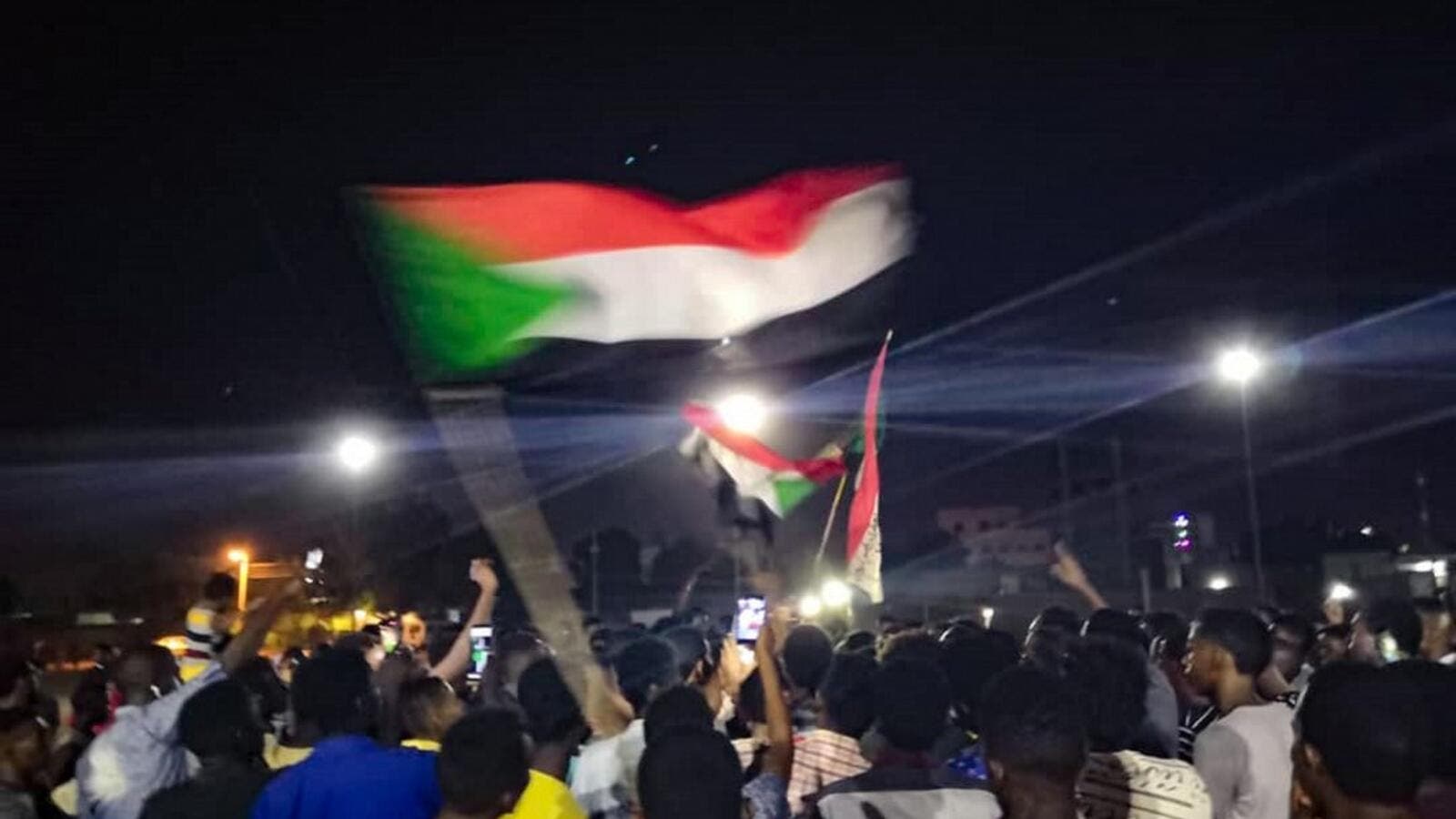 Sudanese demonstrators wave national flags as they protest in the streets of the capital Khartoum to demand civilian rule (AFP)
Highlights
The rally, which came hours after another protest was broken up by police in the city, was against the killing of a civilian on Sunday in the town of El-Souk in the state of Sinnar, southeast of Khartoum.

Scores of Sudanese demonstrators took to the streets in a Khartoum district on Monday night to protest against the killing of a civilian allegedly by paramilitaries the previous day.

Riot police looked on as a crowd waved Sudanese flags and chanted revolutionary slogans in the capital's eastern district of Burri, a hotbed of protests since demonstrations first erupted in December, witnesses said.

The rally, which came hours after another protest was broken up by police in the city, was against the killing of a civilian on Sunday in the town of El-Souk in the state of Sinnar, southeast of Khartoum.

The civilian was killed in unrest when residents gathered in El-Souk to demand that members of the feared paramilitary Rapid Support Forces leave the town, according to residents and doctors close to the protest movement. The paramilitaries allegedly opened fired at the demonstrators.

Earlier on Monday, about 200 protesters chanting "civilian rule, civilian rule" held a separate rally at a bus station in downtown Khartoum over the El-Souk violence.

They were swiftly dispersed by riot police who fired tear gas, according to witnesses, who said riot police beat several protesters and loaded them into trucks, while large numbers of police were deployed in the area.

Monday's demonstrations in the capital came as protest leaders and the country's ruling military council are working out the finer details of a landmark power sharing agreement reached between the two sides earlier this month.

But in recent days these negotiations have been postponed twice following requests from protest leaders.

They are now scheduled to take place on Tuesday.

Protests first erupted in Sudan in December in response to then government of longtime ruler Omar al-Bashir's decision to triple the price of bread.

The protests swiftly turned into a nationwide campaign against his rule of three decades which finally led to his ouster in April by the army.

Since then, a military council of generals has seized power, but a landmark agreement was reached between them and protest leaders to form a transitional ruling body that would oversee setting up a civilian administration in the northeast African country.