Published November 19th, 2021 - 05:59 GMT
Sudanese anti-coup protesters gather amid ongoing protests against last month's widely condemned military takeover, in the capital Khartoum on November 17, 2021. Thousands took to the streets in Khartoum and other cities but were met by the deadliest crackdown since the coup. (Photo by AFP)
Highlights
Sudan activists call for escalation after deadliest protest since military coup 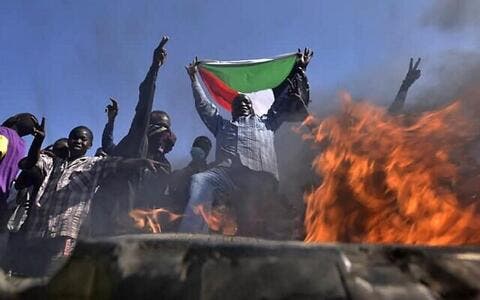 UN spokesperson Stephane Dujarric’s remarks came as opponents of the coup in Sudan vowed on Thursday to step up their protests after 15 civilians were reportedly killed in the deadliest day yet since last month’s takeover, risking more confrontation with the junta showing no sign of backing down.

#Sudancoup”The fatalities in Khartoum on Wednesday raised to 38 the death toll from unrest since the military seized power, a pro-democracy doctors’ union said. Hundreds more have been wounded.” https://t.co/c5iyWgBLCQ

“Freedom of expression and assembly are fundamental human rights afforded to every Sudanese,” Dujarric said, adding “they need to have the opportunity to express themselves peacefully and without fear of retaliation.”

The deaths on Wednesday, tallied by medics aligned with the protest movement, bring the toll since the Oct. 25 coup to at least 39.

The latest violence drew condemnation from Western states which have suspended economic assistance since the coup. Despite the economic pressure — Sudan desperately needs aid — efforts to mediate a way out of the crisis have stalled.

A senior US State Department official said it was “a really critical moment,” expressing a “somewhat positive” feeling about recent talks held by Assistant Secretary of State Molly Phee in Khartoum, “which I know seems counterintuitive.”

Speaking in the Nigerian capital Abuja, US Secretary of State Antony Blinken said he was “deeply concerned” by Wednesday’s bloodshed.

He condemned the killings, and urged the military to allow peaceful demonstrations.

Protesters described the behavior of police during Wednesday’s protests as more aggressive than before, the latest sign that the military is looking to entrench its position.

The military has said peaceful protests are permitted, but street clashes again shook Khartoum as internet services returned to Sudan on Thursday.

Wednesday’s killings were condemned by UN rights chief Michelle Bachelet, who said “it is utterly shameful that live ammunition was again used against protesters.”

Confrontations were reported on Thursday in Khartoum’s twin city Bahri, which saw the worst of Wednesday’s violence.

A group of neighborhood resistance committees coordinating the protest movement in the east of Khartoum announced “open escalation” against the coup in a statement.

“Now we are making consultations among the resistance committees about upping the escalation against the coup,” a senior member of the committees said. 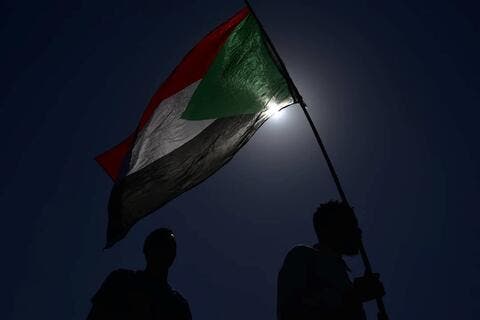 Pictures of people killed in earlier demonstrations were held aloft during Wednesday’s protests.

“I don’t think Wednesday’s violence will have done much if anything to (reduce) how strident the street has been in pushing back against the coup,” said Jonas Horner of Crisis Group.