Sudan’s peace partners have agreed to increase Darfur joint force to 20,000 troops and to establish rapid reaction units to preserve security in the restive region. 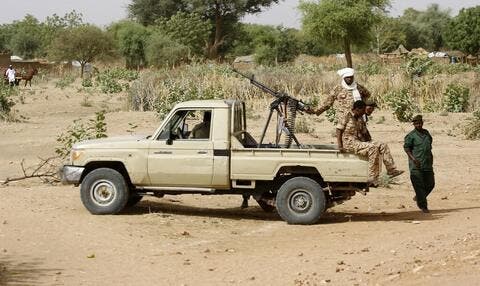 On 10 April, the Security and Defence Council (SDC) decided to deploy joint forces including former rebels as agreed in the peace deal even if these troops have not yet been fully prepared, as a result of the surge in inter-communal violence in Darfur.

Hadi Idris, Transitional Sovereign Council Member and leader of the Sudanese Revolutionary Front told the Sudan Tribune on Saturday that the decision to increase the joint security forces was also approved in this meeting

#Sudan's Minister of Defence said that the Security & Defence Council decided to 'form a joint force made up of regular forces and all parties signatory of the peace agreement...flexible force capable of rapid intervention to maintain security in Darfur.' https://t.co/SyDO5jeZf7

The Council decided to increase the joint forces in Darfur from 12,000 to 20,000 troops. The armed struggle forces will participate with 8000 combatants while the government will provide 12,0000 soldiers," Idris said.

The decision came in the wake of the recent deadly tribal violence in El Geneina, West Darfur state. over 144 people were killed other 221 injured.

He further said the lack of money delayed the implementation of the security arrangements including the formation of the joint security forces.

"The forces need training, fuel, food, drink and equipment. and there is no funding for these needs, he added.

The head of the Sovereign Council Abdel Fattah al-Burhan on Thursday made similar statements to explain the delay in the enforcement of the security arrangements.

Idris said the meeting agreed to expedite efforts to deploy a rapid reaction force in Darfur.

"Each movement of the armed struggle forces would participate with 40 vehicles and between 300-350 individuals. This force would be based in El Fasher and Nyala to intervene in the event of any security troubles in the five states of Darfur," he said.

He pointed out that the crisis situation in El Geneina requires to accelerate the formation of this force with the available capabilities and without being bound by intensive training and others preparations before deploying its troops.

"Meetings are taking place at the level of the Higher Technical Committee and the Joint Military Committee, and these committees are supposed to move to El-Fasher," he said.

"So, we can see the rapid reaction force on the ground within two weeks," he stressed.

Speaking about the slow reaction of the security forces currently deployed in the region, Idris said these troops not only lack all the needed capabilities but also their action is restricted by the law.

"A policeman cannot use weapons without referring to the general prosecution, despite the fact that the attackers are often armed," he said. 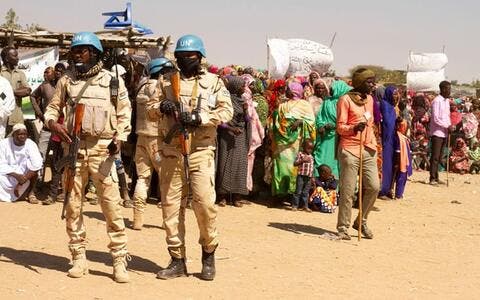 Sudan: At Least 56 People Killed in Clashes in Western Darfur

The Massalit of West Darfur have accused some troops of the Rapid Support Forces deployed in El Geneina of taking part in the attacks carried out by the Arab tribes.