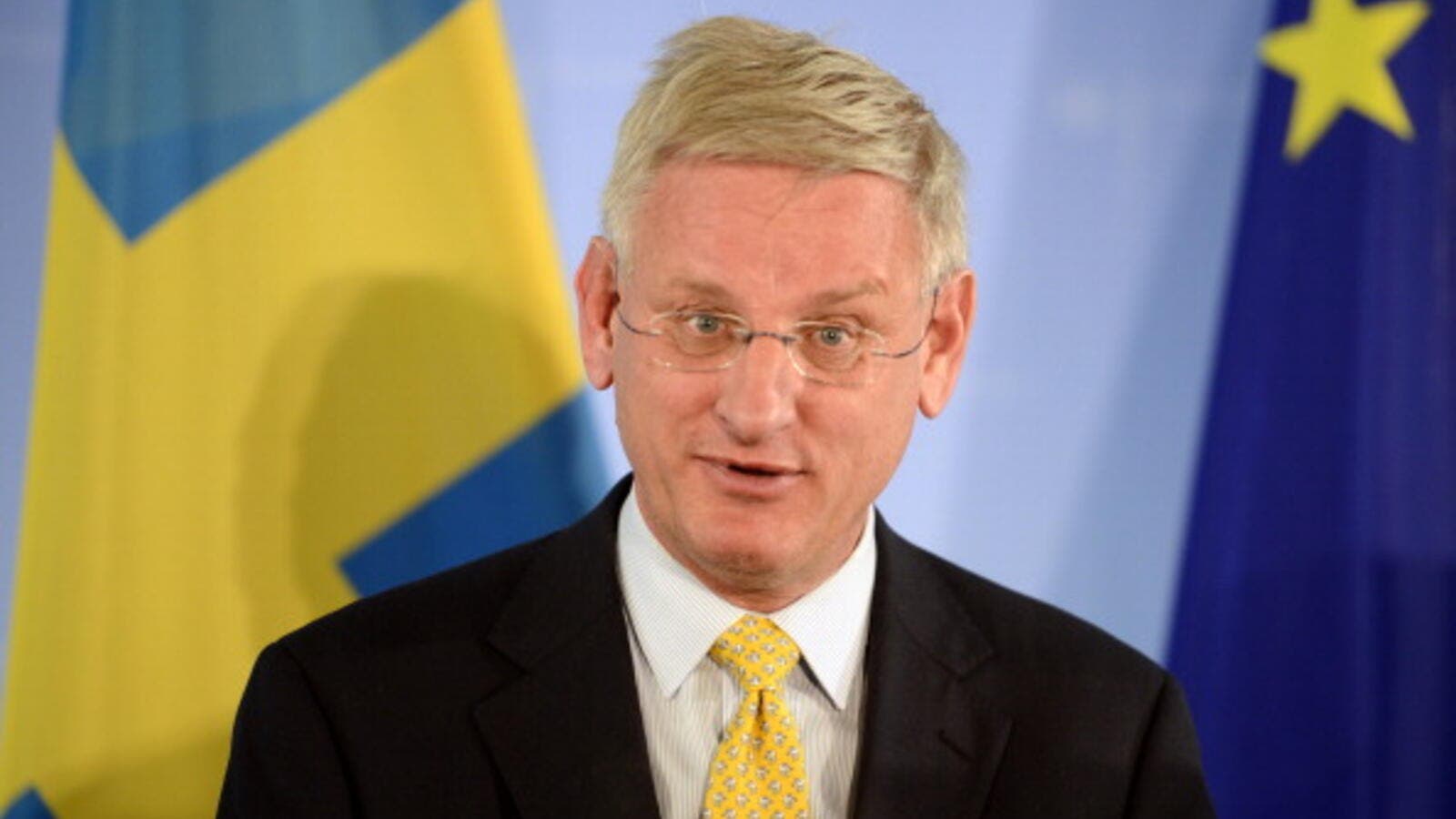 Bildt praised the agreement during a meeting with Iran’s Deputy Foreign Minister for European and American Affairs Majid Takht-e-Ravanchi on Wednesday.

The Swedish foreign minister urged the parties to the deal to deliver on their commitments under the agreement to help pave the way for entering the next phase.

On November 24, Iran and the five permanent members of the United Nations Security Council - Russia, China, France, Britain and the US - plus Germany sealed an interim deal in the Swiss city of Geneva to lay the groundwork for the full resolution of the West’s decade-old dispute with Iran over its nuclear energy program.

In exchange for Iran’s confidence-building bid to limit certain aspects of its nuclear activities, the six world powers agreed to lift some of the existing sanctions against the Islamic Republic.

According to the Iranian Foreign Ministry, the deal allows Iran to continue its activities at Arak, Fordow and Natanz facilities. The agreement also stipulates that no additional nuclear-related sanctions will be imposed on Tehran within the next six months.

For his part, Takht-e-Ravanchi, who was a member of the Iranian negotiating team during the talks that led to the agreement, said Iran was resolute in implementing the Geneva deal.

He emphasized that Tehran is entitled to uranium enrichment under the Non-Proliferation Treaty (NPT).

The Iranian official also warned against Israel’s efforts to ruin the deal, calling on all countries, including Sweden, to help the deal move forward.

Takht-e-Ravanchi also met with Swedish State Secretary for Foreign Affairs Frank Belfrage on Wednesday, during which the two officials discussed bilateral ties as well as regional developments, including the crisis in Syria.