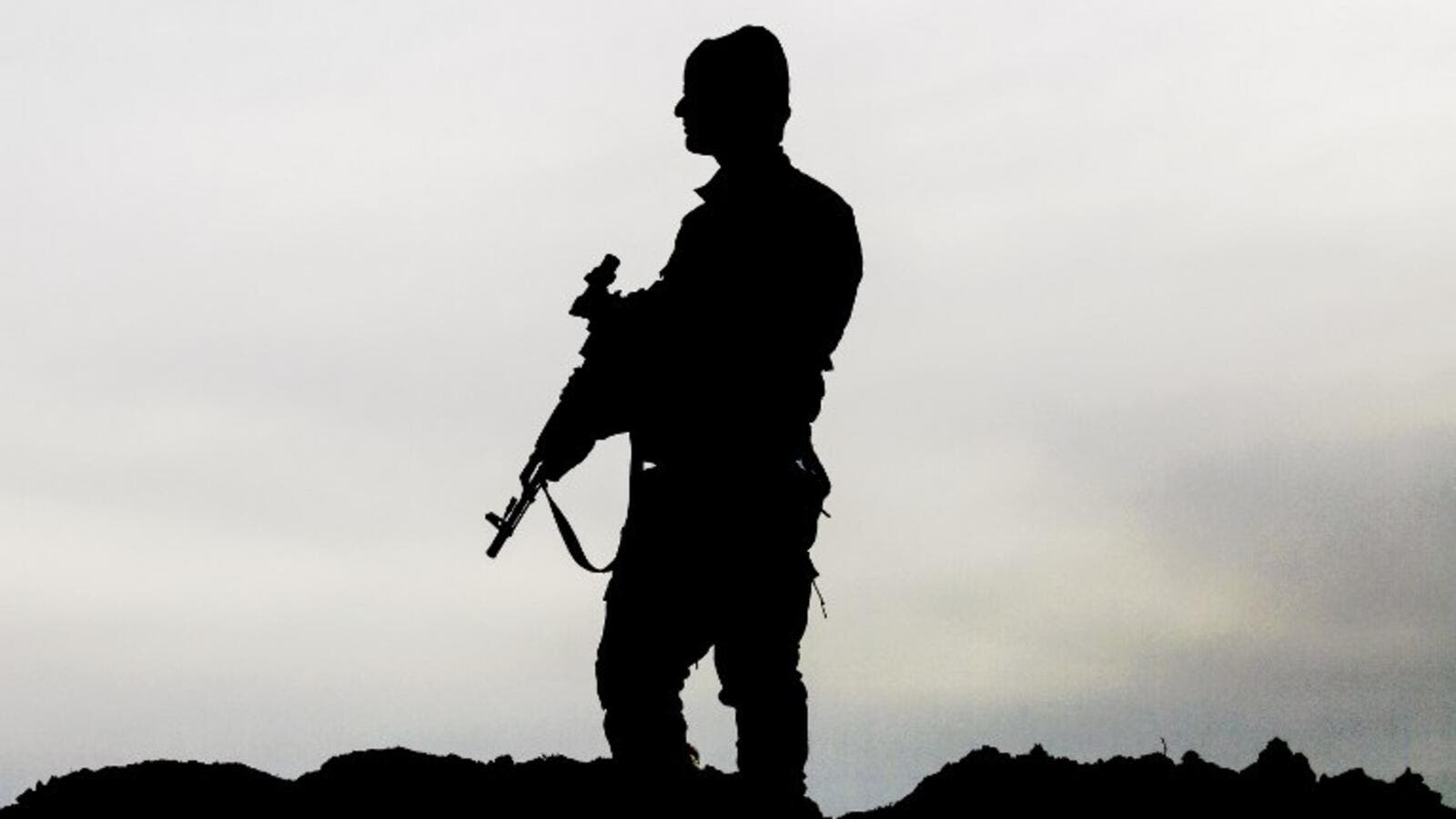 A member of the Syrian Democratic Forces (SDF), made up of US-backed Kurdish and Arab fighters, stands guard outside of Raqqa, during their offensive towards Daesh's stronghold in Syria on February 8, 2017. (AFP/Delil Souleiman)

Syrian rebels, backed by Turkey, were vying with government forces Wednesday for control of al-Bab, the last remaining significant stronghold of Daesh in the northern part of the war-torn country, a monitoring group said.

"The regime is advancing rapidly from the south towards the city, while the Turkish-backed rebels are engaged in a fierce battle in their attempt to advance from the west," said Rami Abdel-Rahman, head of the Syrian Observatory for Human Rights.

"The regime forces have managed to make major advances in the past few days," he told dpa. "Today they are only 3 kilometres away from al-Bab."

Opposition rebels and Turkish forces jointly launched a major attack late Tuesday on the western sector of al-Bab, a city 30 kilometres south of the Turkish border, the observatory said.

The Turkish Army, fighting Daesh in Syria since August, has worked in recent weeks to drive the militia from al-Bab.

Meanwhile, an Israeli helicopter raided an area in Quientra, located in the foothills of Mount Hermon, near the Israeli border, late Wednesday, activists and Syrian state media reported.

"The Israeli enemy" targeted "a residential building in the al Baath city in Quientra with a missile," the Syrian state-run news agency SANA said, citing a military source.

The source described the attack as an "aggression" against Syrian territories.

Activists in the area confirmed the raid, saying it hit a post manned by the Lebanese Shia movement Hezbollah, after a shell hit the Israeli side of the Golan heights.

One person was wounded in the attack, a Syrian military source who declined to be named told dpa.

Last month, Israeli jets raided the Mezzeh military airport on the outskirts of Damascus. Hezbollah has been fighting alongside Syrian president Bashar al-Assad since the uprising started in 2011.

Elsewhere in Syria, the north-western city of Idlib was rocked by strikes by unidentified warplanes, the observatory said. Casualties were reported.

The bombardment came a day after airstrikes targeting the al-Qaeda-linked Fatah al-Sham Front in Idlib left 46 people dead, including 24 civilians, the watchdog said.

The planes that mounted Tuesday's raids could not be identified as belonging to the Syrian regime, its ally Russia, or a US-led air coalition. Moscow denied that Russian aircraft had struck the city.

Since January, Idlib and areas west of Aleppo province have seen several airstrikes. The Pentagon announced last month that more than 100 militants were killed in a US airstrike on an al-Qaeda training camp in Idlib.

The US-allied forces had captured 3,410 square kilometres from Islamic State control since launching an offensive on November 5 to isolate al-Raqqa, Dorrian said, in a press conference from Baghdad.

"We're not gonna give the exact timing of the effort to seize the city, but we do believe that excellent progress is being made, and we'll continue to pressure the enemy on multiple fronts," he said.

Dorrian described Daesh forces as "completely surrounded" in their Iraqi stronghold of Mosul and said the group was "being overwhelmed anywhere that they are. It's too many problems for them to solve at any given time."

Also on Wednesday, Damascus dismissed as "baseless" a report by Amnesty International that accused al-Assad's regime of hanging up to 13,000 people in a prison from 2011 to 2015.

The Amnesty report was based on "political goals" rather than "concrete evidence," the Justice Ministry said.

More than 300,000 people are estimated to have been killed since the Syrian conflict broke out in March 2011. Rights groups have repeatedly accused parties to the conflict of mass abuses.