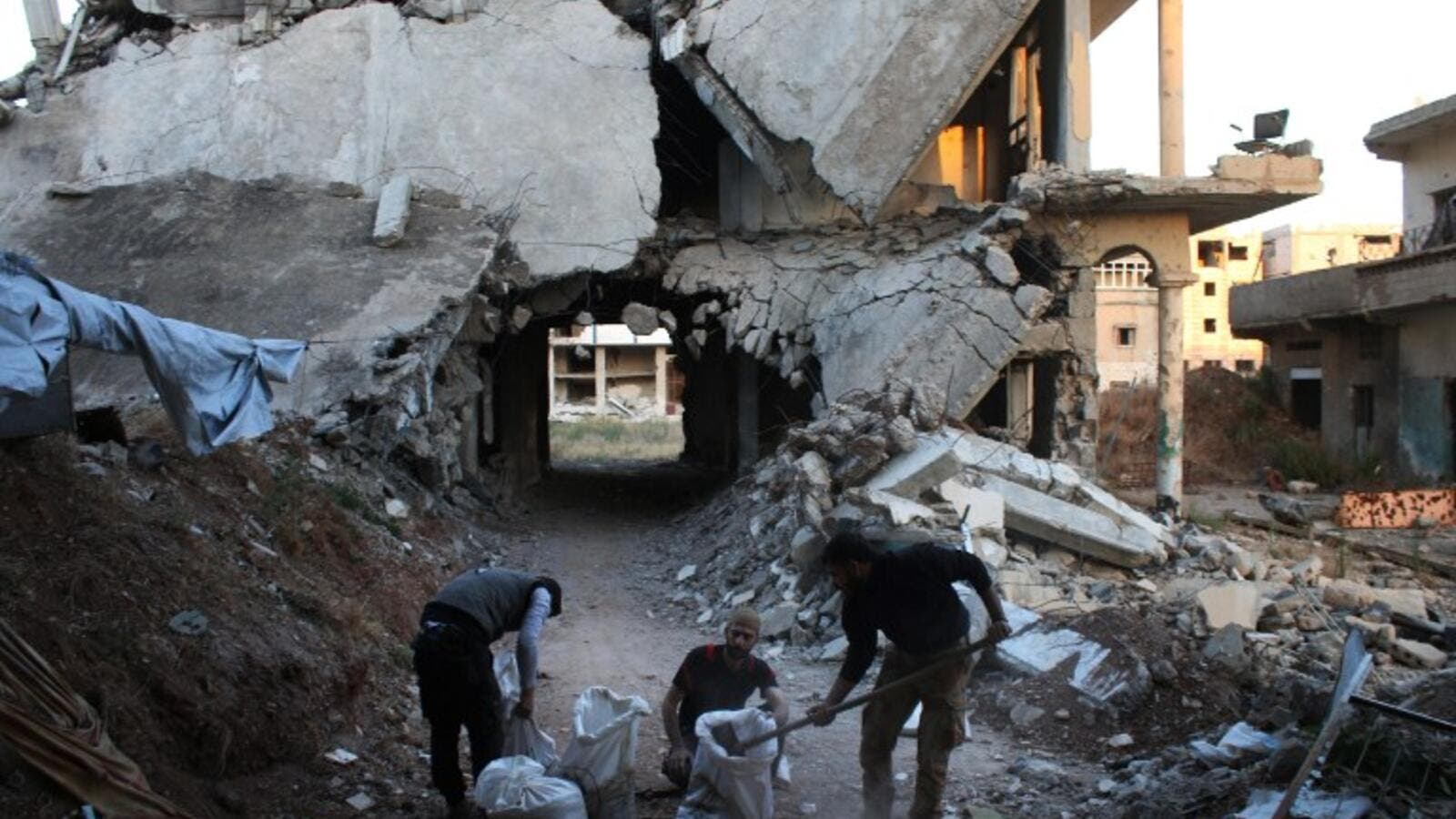 Rebel fighters fill bags with rubble from destroyed buildings they will use to strengthen a front-line position in a rebel-held area of Daraa, southern Syria, on May 18, 2016. (AFP/Mohammed Abazeed)

A new report alleges 60,000 individuals died in Syrian government jails since the start of the country's civil war, mostly due to dire humanitarian conditions.

The British-based Syrian Observatory for Human Rights said in a report released Saturday, the death toll in government jails is shocking.

"Since March 2011, at least 60,000 people lost their lives to torture or to horrible conditions, notably the lack of medication or food, in regime prisons," the group's spokesman Rami Abdel Rahman told Al Jazeera.

United Nations Special Envoy to Syria Staffan de Mistura has estimated the death toll during the five-year war at more than 400,000 people.

In the hours after releasing the report th Syrian Observatory's website was taken offline. The group said on its Facebook page the site was "under attack" but would be back online soon.

The report comes as photos of a well-known Syrian military commander posing next to dead bodies were being circulated by rebels on Twitter. Issam Zahreddine is seen in the gruesome photos next to two hanging bodies apparently burned, with limbs severed laying on the ground.

The Assad government has not verified the authenticity of the photos.