Published July 7th, 2021 - 11:39 GMT
Taliban (Twitter)
Highlights
But warned: 'Today the people and political leaders of Afghanistan must make difficult decisions for the future of their country.'

The Taliban on Wednesday launched their first assault on a provincial capital in Afghanistan, since waging a major offensive against government forces, local officials said. 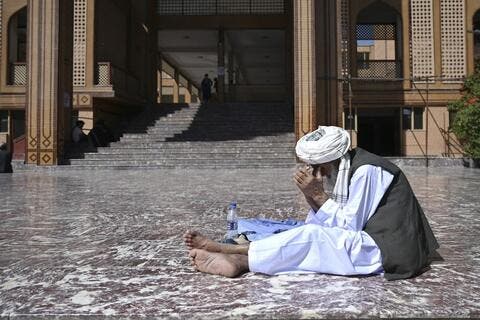 Fierce fighting has erupted in the western city of Qala-i-Naw, the capital of Badghis, after the militants captured all the surrounding districts of the province.

'The enemy has entered the city, all the districts have fallen. The fighting has started inside the city,' Badghis governor Hessamuddin Shams told reporters in a text message. He was later seen taking up arms to defend the city, a BBC Persia journalist reported.

It comes after the US withdrew from Afghanistan last week by slipping away in the night without telling the base's new Afghan commander who discovered they had gone the next morning.

Afghan troops were filmed laying down their arms to the Taliban days after the US departure.

The Taliban appear to be winning the propaganda war with videos to prove they will welcome surrendering soldiers - as long as they hand over their state-of-the-art weapons and Humvee armoured cars.

However, General Austin Scott Miller, commander of US and Nato troops in Afghanistan, said he was shocked by how quickly the Afghan National Army had surrendered to the Taliban.

'I don't like leaving friends in need,' he told ABC on Monday. 'We should be concerned. The loss of terrain and the rapidity of that loss of terrain has to be concerning. You look at the security situation, it's not good.

'The Taliban are on the move. War is physical, but it's also got a psychological or moral component, and hope actually matters. What you don't want to have happen is that the people lose hope.'

'Fighting continues in different parts of the city right now,' Bek said, adding that some security officials had surrendered to the Taliban during the night.

Provincial council member Habibi said the Taliban were inside the police headquarters of the city and the local office of the country's spy agency, the National Directorate of Security.

'The provincial council officials have fled to an army camp in the city. Fighting continues in the city,' she said.

An Afghan government delegation met with Taliban representatives in Tehran on Wednesday, the Iranian foreign ministry said, as the Islamist militia has swept through northern areas following the pullout of US troops.

But warned: 'Today the people and political leaders of Afghanistan must make difficult decisions for the future of their country.'

In the capital of Badakhshan, Faizabad, video emerged which purported to show Afghan officials attempting to flee on a commercial jet as the Taliban surrounded the town of around 30,000 people.

Some civilians are trying to escape by road but many have accepted the return of the Taliban as a fact of life.

'The Taliban have cut off all gates out of the city, and there are checkpoints on all the roads, searching for government officials. Those who can have abandoned the city, by air of course,' one local resident called Abdul told The Times.

'Most districts in Badakhshan are falling without any fighting. Many believe that officials have done a secret deal with the Taliban. People are afraid of what comes next.'

Ahmad Zaman, another Faizabad resident, told the paper: 'The situation is really bad. Everyone is in fear and panic. The Taliban are gaining control without fighting. The insurgents are sending messages to Afghan forces to surrender without fighting.'

President Ashraf Ghani has promised a counter-attack and sources said that commandos had been deployed to defend the town.

The assaults across the country, from Helmand in the south to Badakhshan in the north, come just days after the bulk of US and British troops left Afghanistan.

The US left Bagram Airfield last week - its fortress in the country for nearly 20 years - by slipping away in the night without telling the base's new Afghan commander who discovered they had gone the next morning.

'We (heard) some rumor that the Americans had left Bagram ... and finally by seven o'clock in the morning, we understood that it was confirmed that they had already left Bagram,' Gen. Mir Asadullah Kohistani, Bagram's new commander said.

Before the Afghan army could take control of the airfield about an hour's drive from the Afghan capital Kabul, it was invaded by a small army of looters, who ransacked barrack after barrack and rummaged through giant storage tents before being evicted, according to Afghan military officials.

'At first we thought maybe they were Taliban,' said Abdul Raouf, a soldier of 10 years. He said the the US called from the Kabul airport and said 'we are here at the airport in Kabul.'

Kohistani insisted the Afghan National Security and Defense Force could hold on to the heavily fortified base despite a string of Taliban wins on the battlefield. The airfield also includes a prison with about 5,000 prisoners, many of them allegedly Taliban.

Afghan soldiers who wandered Monday throughout the base that had once seen as many as 100,000 US troops were deeply critical of how the US left Bagram, leaving in the night without telling the Afghan soldiers tasked with patrolling the perimeter.

'In one night, they lost all the goodwill of 20 years by leaving the way they did, in the night, without telling the Afghan soldiers who were outside patrolling the area,' said Afghan soldier Naematullah, who asked that only his one name be used.

Within 20 minutes of the US's silent departure on Friday, the electricity was shut down and the base was plunged into darkness, said Raouf, the soldier of 10 years who has also served in Taliban strongholds of Helmand and Kandahar provinces.

The sudden darkness was like a signal to the looters, he said. They entered from the north, smashing through the first barrier, ransacking buildings, loading anything that was not nailed down into trucks.

On Monday, three days after the US departure, Afghan soldiers were still collecting piles of garbage that included empty water bottles, cans and empty energy drinks left behind by the looters.

Kohistani, meanwhile, said the nearly 20 years of US and NATO involvement in Afghanistan was appreciated but now it was time for Afghans to step up.

A small number of troops have remained to advise the Afghan National Army who still hold all of the major towns and cities.

The US have said they will retain a 1,000-strong force to protect foreign diplomatic missions and Kabul international Airport.

British special forces sources said that a small contingent of SAS troops might also remain, with Downing Street still in talks with the top brass over the precarious situation.

There are mounting fears that the Taliban could soon march on major urban centres such as Kandahar.

Fierce clashes in Kandhar province at the weekend resulted in yet more victories for the jihadists, who overran the district of Panjwai, just over 20 miles from the provincial capital.

The district could provide a platform for the capture of Kandahar, a city of 600,000, which acted as the Taliban's capital during the 1990s.

Afghan authorities on Tuesday deployed hundreds of commandos and pro-government militiamen to counter the Taliban's blistering offensive in the north.

'We are planning to launch a big offensive to retake the lost territories from the enemy,' Fawad Aman, a spokesman for the Ministry of Defence told AFP.

'Our forces are being organised on the ground for this operation.'

Hundreds of troops and pro-government militiamen were deployed in the northern provinces of Takhar and Badakshan where the Taliban have captured swathes of territory, often without any fighting.

Afghan defence officials have said they intend to focus on securing major cities, roads and border towns in the face of the onslaught.

The speed and ease of the Taliban's effective takeover of swathes of areas in Takhar and Badakhshan represent a massive psychological blow to the Afghan government.

'It is an emergency situation for the Afghan government. They need to step up their counteroffensive as soon as possible.' 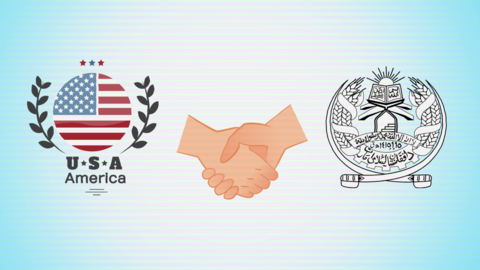 Afghan commander General Mirassadullah Kohistani, who is now in charge of Bagram Air Base put on a brave front when asked about the insurgents rapid gains.

'We are trying to do the best and as much as possible secure and serve all the people,' he said.