Published May 17th, 2021 - 06:30 GMT
A Muslim devotee offers prayers to start the Eid-al-Fitr festival marking the end of the Islamic holy fasting month of Ramadan during a three-day ceasefire agreed by the warring Taliban and Afghan forces, at the Abdul Rahman Mosque in Kabul on May 13, 2021. WAKIL KOHSAR / AFP
Highlights
A 3-day ceasefire deal was agreed between Taliban and the Afghan government.

Fighting between the Taliban and Afghan government forces has resumed after a three-day ceasefire, announced to mark the end of the holy month of Ramadan, came to an end. 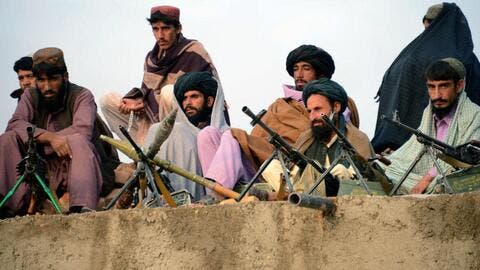 Taliban Continue to Capture Territory as US. Forces Leave Afghanistan

Local officials confirmed that clashes between the warring sides began on Sunday on the outskirts of Lashkar Gah, the capital of the southern province of Helmand.

“The fighting started early today morning and is still ongoing,” Attaullah Afghan, head of the Helmand provincial council, was quoted by AFP, as saying.

Three-day Eid ceasefire comes into force in Afghanistan
The temporary deal between the Taliban and the Afghan government follows a surge in violence in recent weeks. pic.twitter.com/D47Tvmlczx

He said Taliban fighters attacked security checkpoints on the outskirts of Lashkar Gah and other districts.

Lashkar Gah has been the scene of intense fighting since the United States officially began the process of withdrawing its remaining troops from Afghanistan on May 1.

All foreign troops were supposed to have been withdrawn by that time as part of an agreement the US had reached with the Taliban in Doha last year. However, President Joe Biden pushed that date back to September 11, angering the Taliban.

As the violence escalated, Afghan President Ashraf Ghani urged the Taliban to announce a permanent truce, saying that the withdrawal of foreign troops has now left no reason for the group to continue killing their own people.

However, according to the Ministry of Defense, at least 40 people were killed and wounded on Saturday in separate Taliban attacks in nearly ten provinces despite the ceasefire.

“The Taliban violated the ceasefire in several areas and provinces and it caused casualties among civilians and military personnel,” said the ministry spokesman Rohullah Ahmadzai.

He said that Taliban leader, “Mullah Hibatullah has no authority on all factions of the group and his loyalists are not abiding by his orders.”

The Taliban, however, dismissed the allegations, and instead accused the government of breaching the ceasefire.

“Taliban are not committed to the ceasefire,” said Abdul Sattar Hussaini, a member of the Afghan parliament.

“The group does not follow any other path except shedding the blood of the innocent people,” he added.

On Friday, an explosion hit a mosque on the outskirts of Kabul as worshipers had gathered for prayers. At least 12 people were killed. The terror group Daesh reportedly claimed responsibility for that attack.

In another incident on Saturday, one police officer and two civilians were wounded after an explosion hit a police vehicle in Sarubi district in Kabul.

The latest bout of violence comes despite a meeting between representatives of the Afghan government and the Taliban in Doha on Friday.

Delegates from the two sides “discussed the ongoing situation of the country and emphasized speeding up the peace talks in Doha,” the Afghan government delegation said in a tweet on Saturday.

The spokesman for the Taliban’s political office, Mohammad Naeem, also posted a tweet, saying, “Both sides agreed to continue the negotiations even after Eid,” referring to the Eid al-Fitr holiday.

Taliban leader Hibatullah Akhundzada said in a message on Thursday that the US has so far violated the Doha agreement, adding that the breach of the ceasefire has caused "enormous human and material loss to civilians” in Afghanistan.

The Taliban had already warned that the passing of the May 1 deadline for a complete withdrawal “opened the way for” the militants to take every counteraction they deem appropriate against foreign forces in the county. 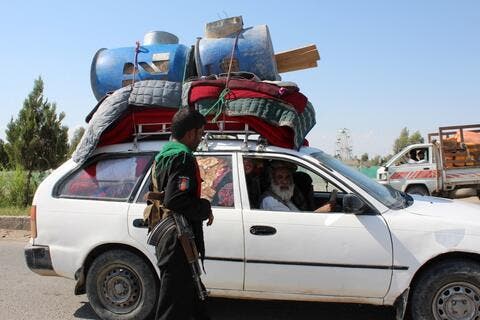 Kabul Agrees to a Eid Ceasefire Deal With The Taliban

The US attacked Afghanistan in 2001, claiming that the Taliban were harboring al-Qaeda. The invasion removed a Taliban regime from power but prompted widespread militancy and insecurity across the Asian country.

The war has taken countless lives, including of Afghan civilians.