Thousands Call For The Overthrow of The Palestinian Authority

Thousands of Palestinians living in the Israeli-occupied territory of the West Bank hold a protest rally, demanding the overthrow of the Palestinian Authority (PA) amid its heavy-handed and occasionally deadly crackdown on them. 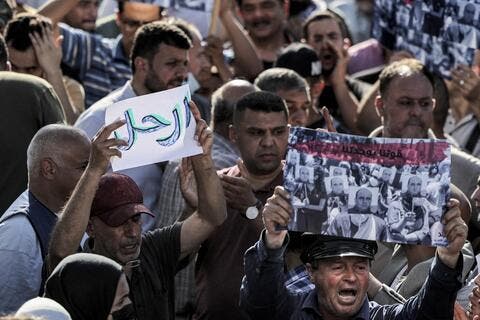 The protest came on Sunday, with the city of Ramallah in the West Bank, where the PA is headquartered, serving as its epicenter, the Palestinian Safa news agency reported.

The Authority wields limited jurisdiction in the territory that has been under Tel Aviv’s occupation since 1967.

Despite a police crackdown and harassment campaigns, protests against the PA and the killing of Nizar Banat continue. Palestinians are outraged at the PA's corruption and human rights abuses and their coordination with Israel's occupation. https://t.co/2aX2ClPRSE pic.twitter.com/DtCj621Ni6

It, however, has long been suspected of putting its interests first and cooperating with the Israeli regime against Palestinians.

The forces went on rampage in the house and pepper sprayed Banat. They then dragged him to their vehicle, and manhandled him into the car after subjecting him to assault and battery.

Only hours later, they reported his death, claiming that he had died of a heart attack on the way to the hospital.

Banat was a fearless critic of the PA, and used to accuse the Authority of going to every extent in line with its interests, including selling out the Palestinian uprising and the nation’s devotees.

The Authority’s forces have been cracking down on the protest rallies, rounding up many Palestinian activists.

In chorus with the protesters, the activists have been demanding that the PA shed light on the circumstances surrounding Banat’s death. Some of the campaigners have even gone on hunger strike in support of their call.

The participants in the Sunday rally demanded the ouster of the PA chief Mahmoud Abbas and its Prime Minister Mohammad Shtayyeh.

They chanted slogans asking the Authority to go, and urging an end to, what they called, the horse trading that has been targeting the Palestinians. They condemned the PA for shedding the blood of the “revolutionaries,” and shouted, “Shtayyeh! The blood of the people of Palestine is not worthless.”

#Palestinian journalist and outspoken rights activist Alaa Rimawi is on his third day of hunger strike in protest of his political detention by the Palestinian Authority (PA). One month ago, he was released from Israeli prisons following a 10-day hunger strike. pic.twitter.com/MQKCOJnuWg 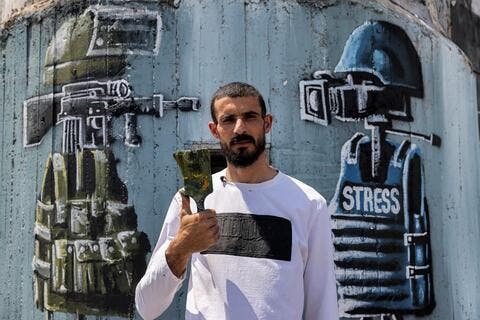 The participants also blasted the Authority’s so-called “security coordination” with the Israeli regime, something that has been the rallying cry for the PA’s critics for years.

The PA forces arrested another youth during the protest.