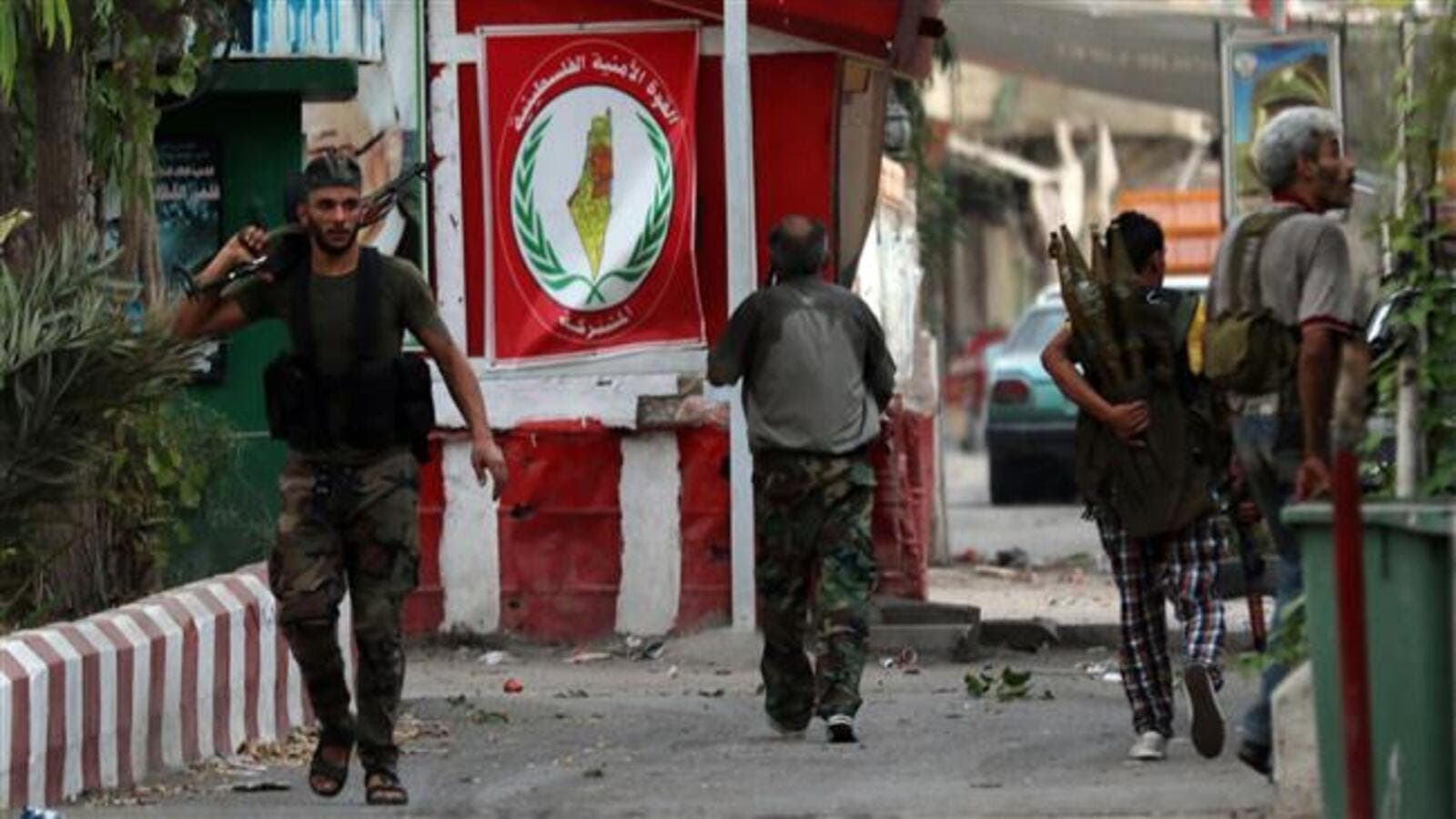 The largest and most crowded refugee camp in Lebanon, Ain al-Hilweh is home to some 54,116 registered refugees. (AFP/File)

Three Palestinians were shot dead in Lebanon’s Ain al-Hilweh Palestinian refugee camp, while four others were injured, during a shooting incident in the camp on Wednesday.

Lebanon’s national news agency reported that two Palestinians, Mahmoud Abdel Karim Saleh and Mahmoud Ibrahim Abu al-Yaman, were killed following the initial killing of Samer Hamid, which was reported as an "assasination."
The agency reported that around 4 pm the situation remained “tense” in the camp, with gunshots still being heard, while Palestinian “contacts” were attempting to broker a ceasefire between the gunmen.

The reasons behind the conflict breaking out remained unclear as of Wednesday.

The camp has also been the site of recent confrontations between its Palestinian residents and the Lebanese army.
The largest and most crowded refugee camp in Lebanon, Ain al-Hilweh is home to some 54,116 registered refugees who fled their villages during the establishment of the state of Israel in 1948 , according to the UN.
However, the population significantly increased since 2011 as a result of the Syrian war, as Palestinians have been displaced a second time from refugee camps across Syria, with development nonprofit organization Anera estimating the camp's population to be closer to 120,000.
According to UNRWA, the UN agency responsible for providing services to some five million Palestinian refugees, the Ain al-Hilweh refugee camp is characterized by high rates of poverty and poor housing conditions, which have been further stressed as a result of overcrowding as the population of the camp has ballooned in recent years.
Palestinians in Lebanon have the highest percentage of their population living in abject poverty from among the other countries the organization serves, according to UNRWA.
Facing discriminatory employment policies, Palestinians in Lebanon are restricted from working in over 20 professions or claiming the same rights as other non-citizens in Lebanon, while all the refugee camps suffer from overcrowding, poor housing conditions, and a lack of infrastructure.